(Ontario, CA) – Aurimas “Odi” Bakchis has announced his racing platform for the 2016 drifting season. He will be exclusively driving the Ark Performance Hyundai Genesis in the Formula Drift championship series. Bakchis placed second overall in the 2015 Formula Drift world championship by piloting both the Ark Performance Hyundai Genesis and the Feal Suspension Nissan 240SX, and will be focusing solely on driving the Genesis in 2016.Bakchis has also announced a partnership with Falken Tires for the 2016 season. Bakchis indicated that he is “excited about the opportunity to represent one of the most iconic drifting brands this season – Falken Tire. Falken has proven to be a successful tire with multiple championships and I am looking forward to demonstrating what I can add to their roster. I am confident in this next step in my drifting career and am eager to see what 2016 has in store.”The Ark Performance Hyundai Genesis proved successful by earning two second-place finishes for Bakchis in 2015. The Genesis will be powered by an LS7 engine built by CBM Motorsports with a Vortech supercharger. Bakchis will continue to use Feal Suspension 441 coilovers that he has customized for the tracks of the Formula Drift circuit.

With the freshly prepared Ark Performance Hyundai Genesis on Falken tires and Feal Suspension coilovers, 2016 promises to be exciting for Bakchis and his team. The 2016 season kicks off on April 8-9, 2016 in Long Beach, California. 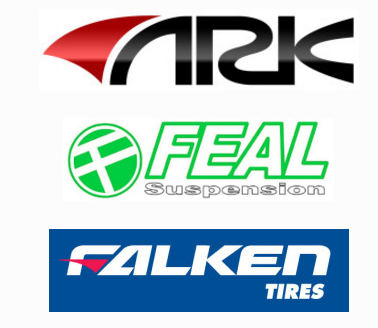