Formula Drift made its final stop of the year at the House of Drift Irwindale Speedway for it’s signature final round of the season. Three drivers would enter into the round in contention for the championship – Points leader Chris Forsberg, 2nd place Fredric Aasbo and 3rd Vaughn Gittin Jr. Forsberg would be chasing down his 3rd championship title trying to pass Samuel Hubinette and Tanner Foust on the list with 2 titles. Aasbo would be defending by trying to defend his 2015 title and become the second driver to win consecutive championships. 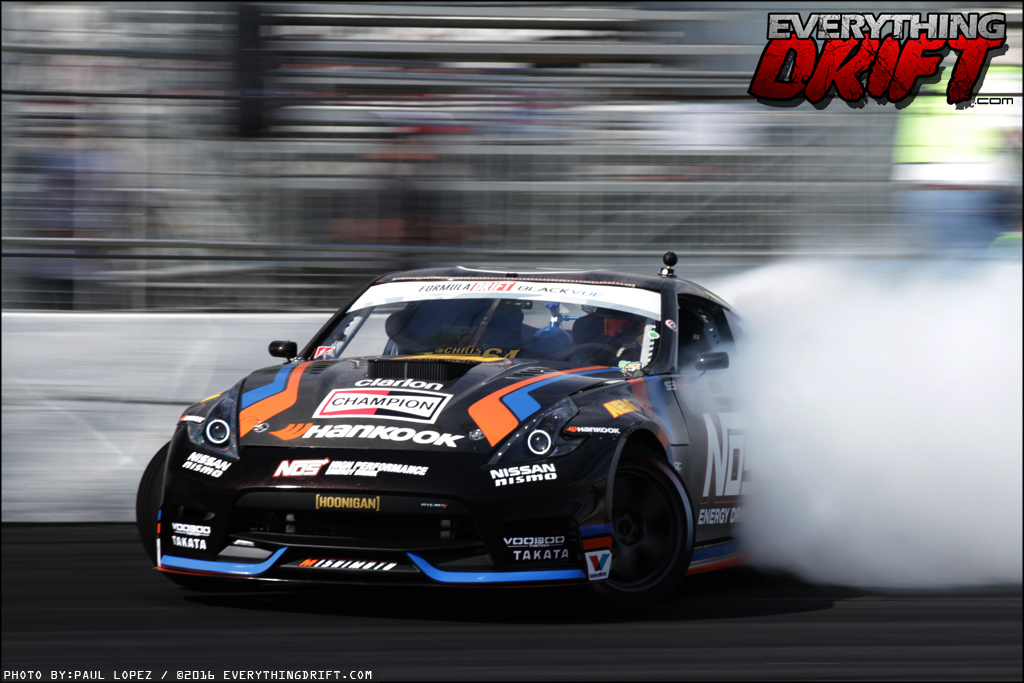 Forsberg was able to put down a Qualifying run of 85 putting him in 4th place beating out his Championship contenders. 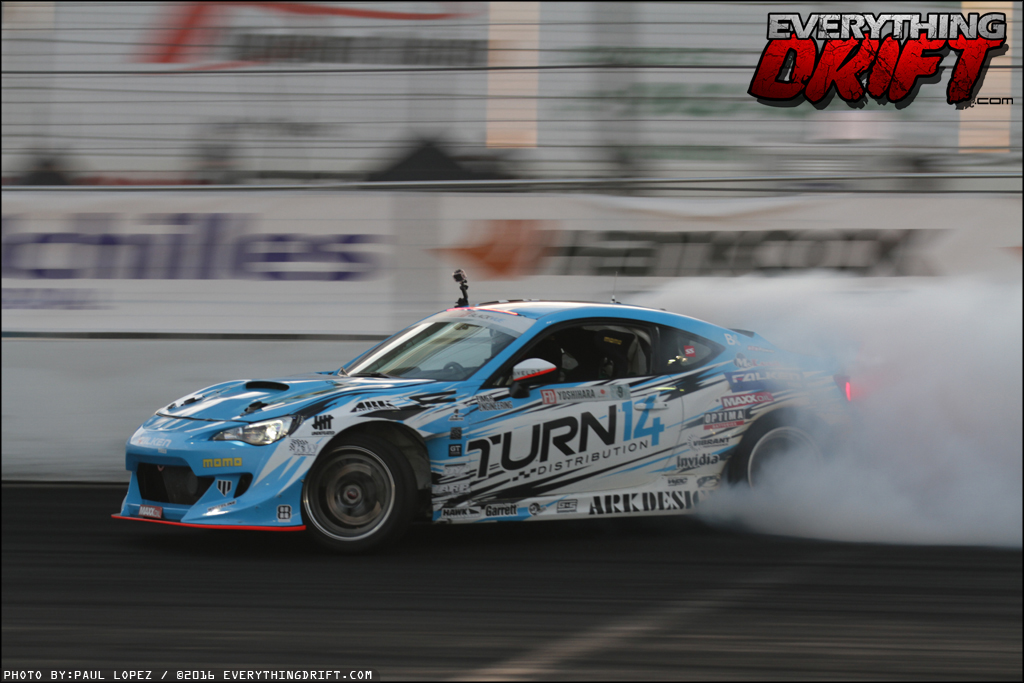 Daijiro Yoshihara showed a resurgence and put down one amazing Qualifying run and earning the #1 Qualifier position and in doing so earned him one of the three bye run’s for the weekend due to zeroes and mechanical failures in qualifying.