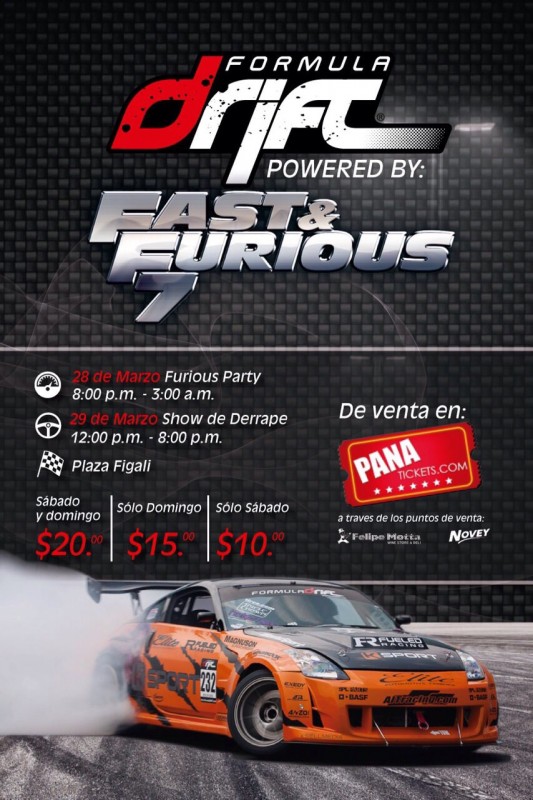 Formula DRIFT Powered by Fast & Furious 7 will be held at the Figali Convention Center, Panama on March 28-29, 2015.

Panama has a growing car culture of enthusiasts and a large fan base for drifting, who first saw professional action 4 years ago.  The drift demo held by professional Formula DRIFT drivers is held to help continue the promotion of the sport within the region with the goal to hold a professional event at a racetrack.  Panama is a major focal point for commerce around the globe with over 14,000 ships, carrying over 300 million tons of cargo through the canal each year.