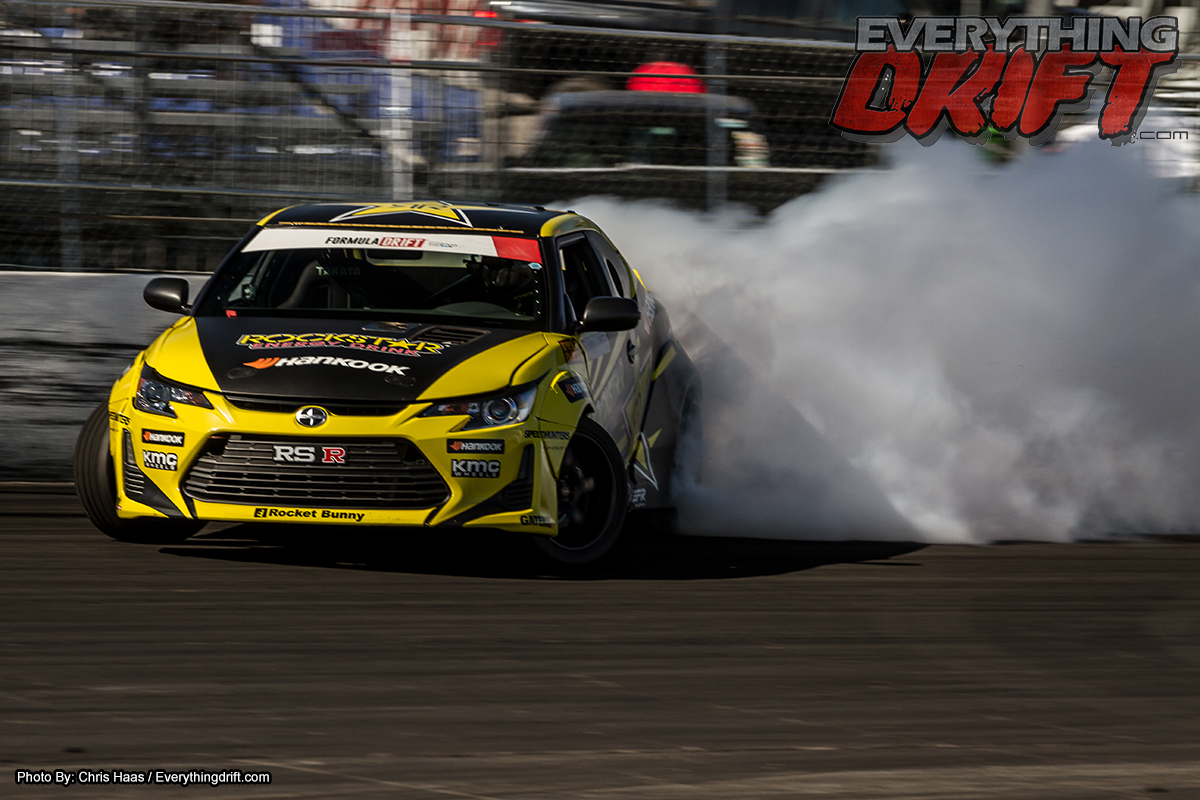 I loved Irwindale as a whole but I struggled with it as a photographer. 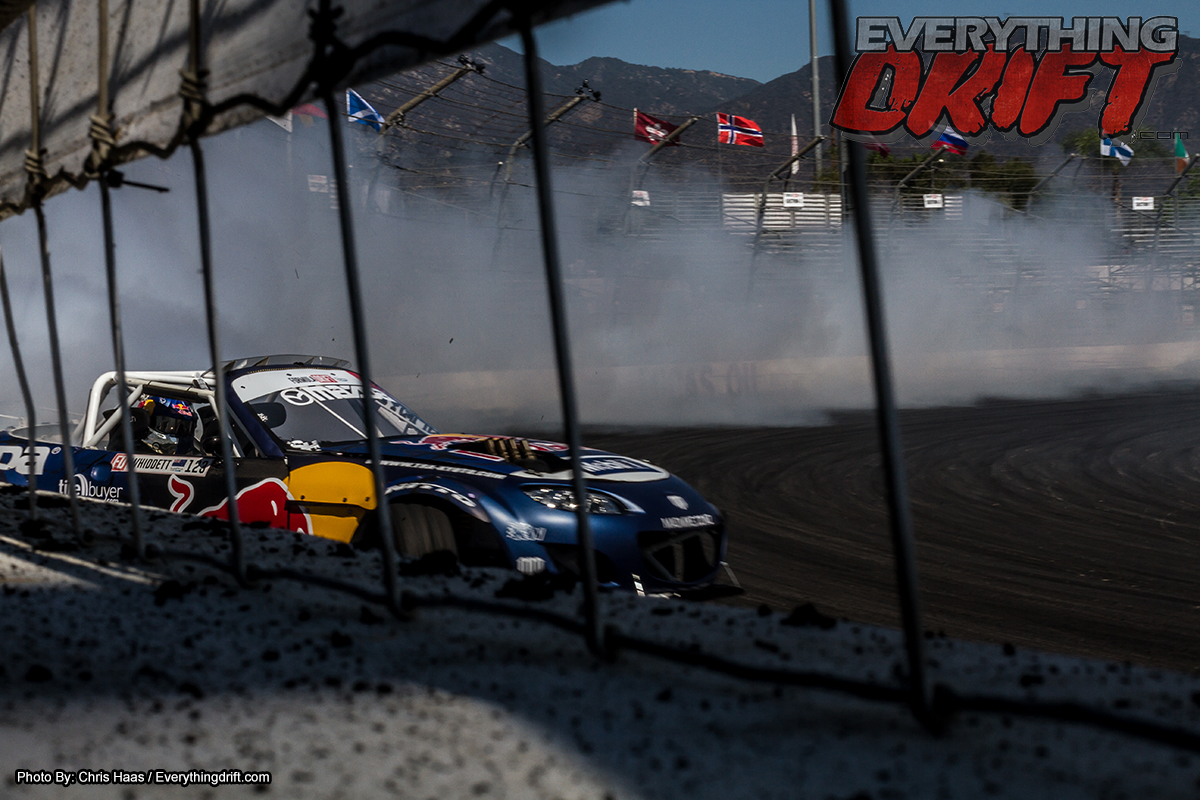 This being my first time to this event and possibly last time at this event, it was hard for me to adapt to the media’s limitations. 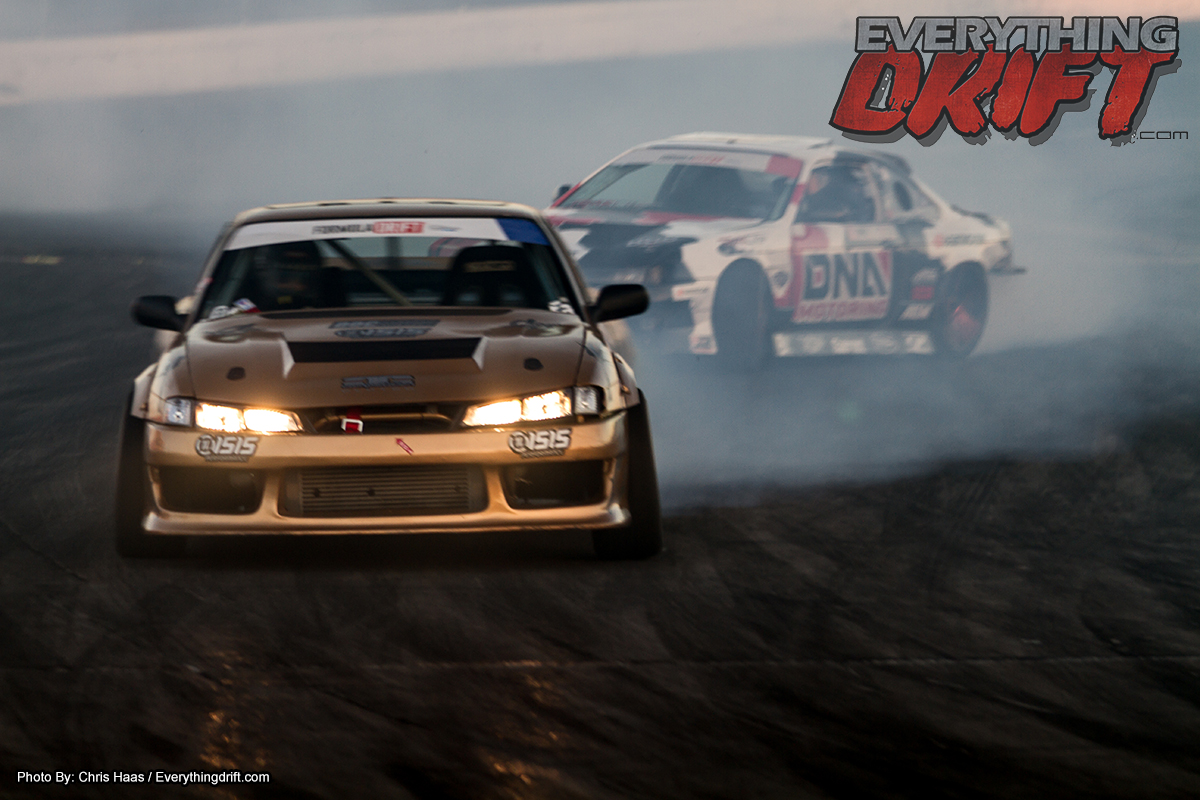 For this event we only had two spots where you were able to shoot completely open with no fence or a hole in the fence, just a wide open spot.

Normally I do media at PARC or Evergreen speedway and there is nothing in the way to shoot the cars and really not that many limitations even at FD Seattle. 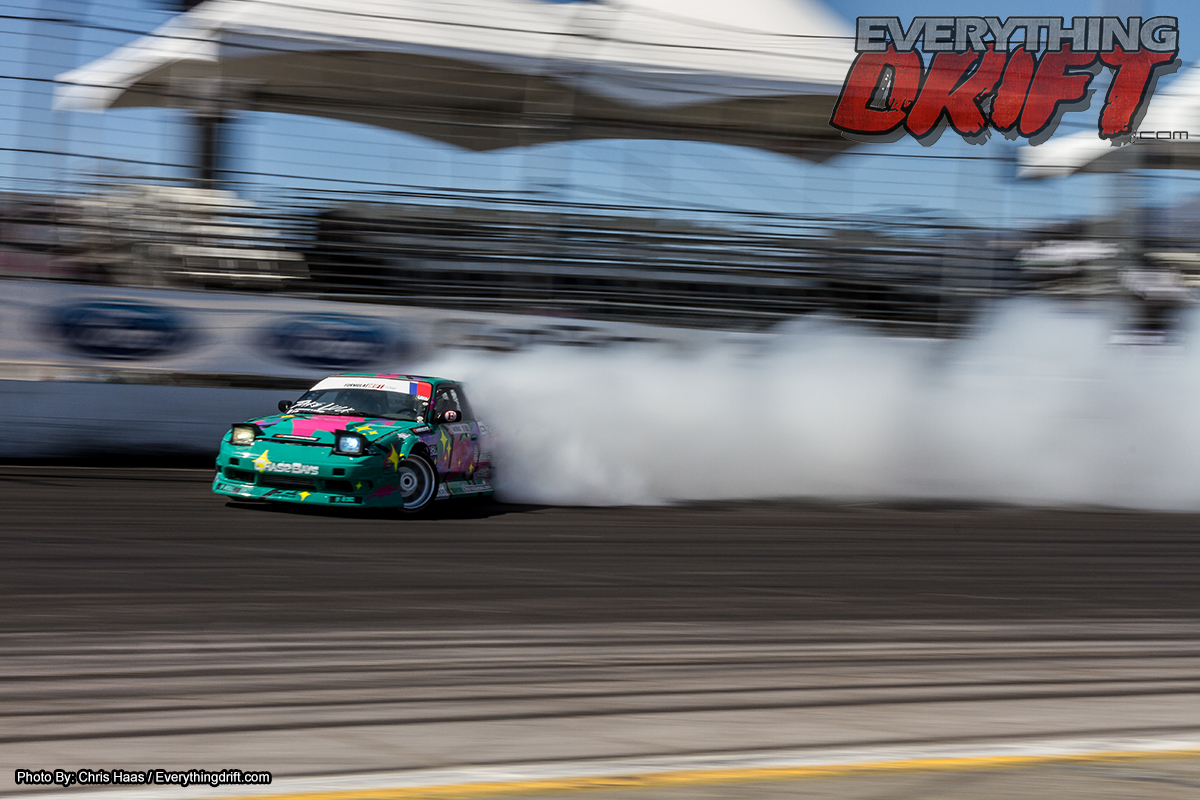 Quite a few of my photos I am just disappointed in because you can tell that I’m shooting through a fence, but you’ll see that anyways in some of my photos, haha. 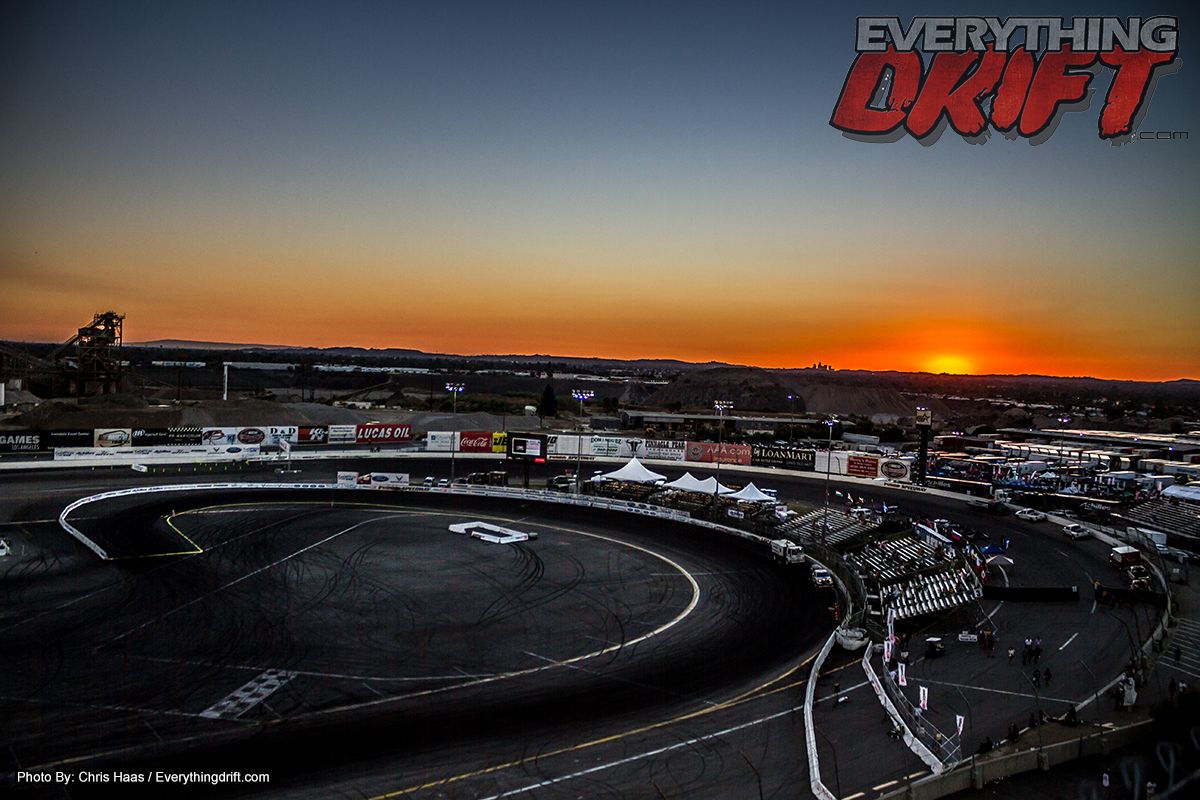 To start off I made the dumb choice of driving to the event which involved sleeping in the car at a truck stop. 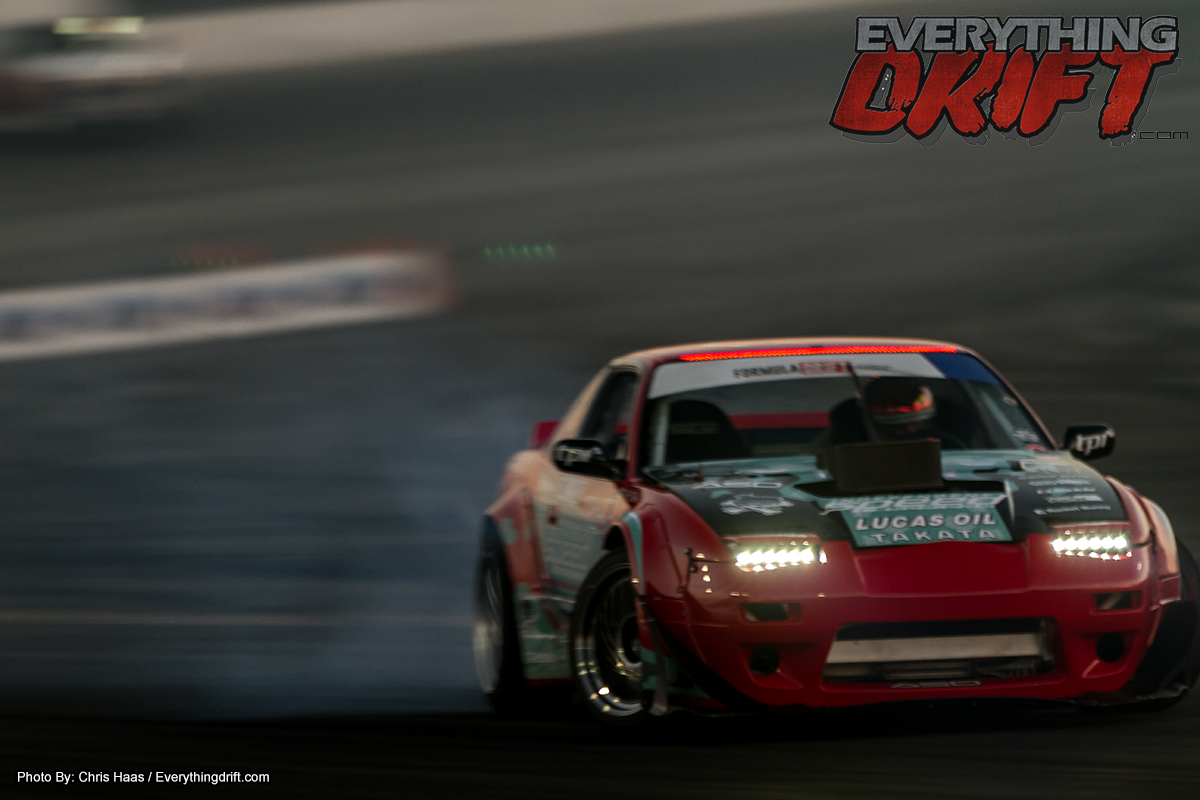 The person I rode with, we also decided to drive home after then event which meant rotating sleeping and driving which was my other huge mistake. 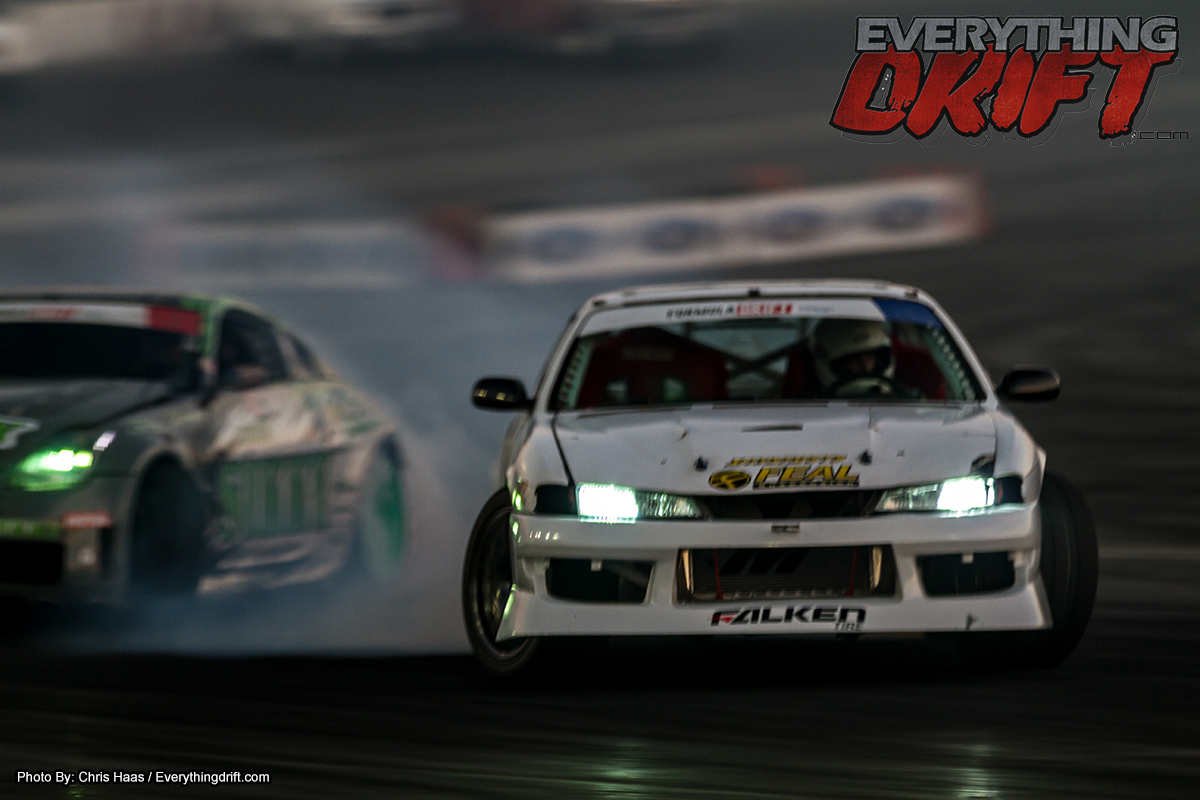 Okay so enough of my complaining, on to the good stuff. 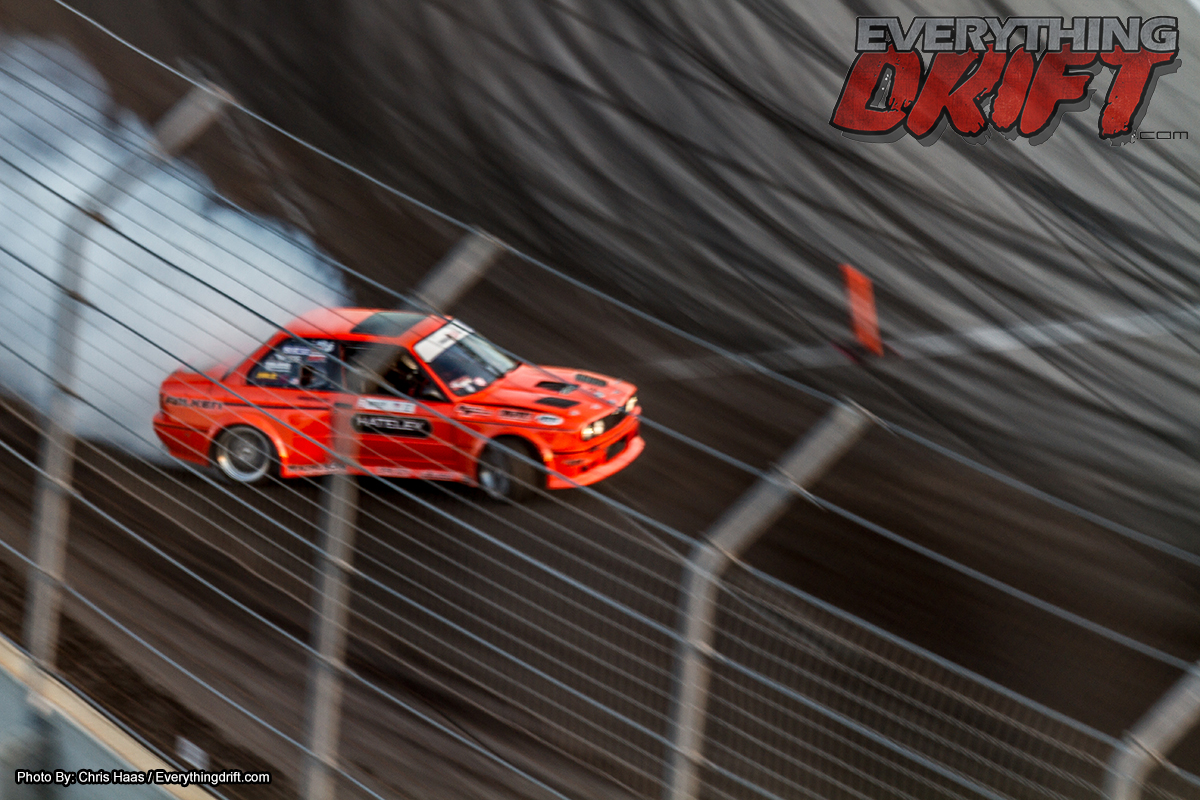 This event is huge, if you have never been and they continue to do this event, I strongly suggest it. 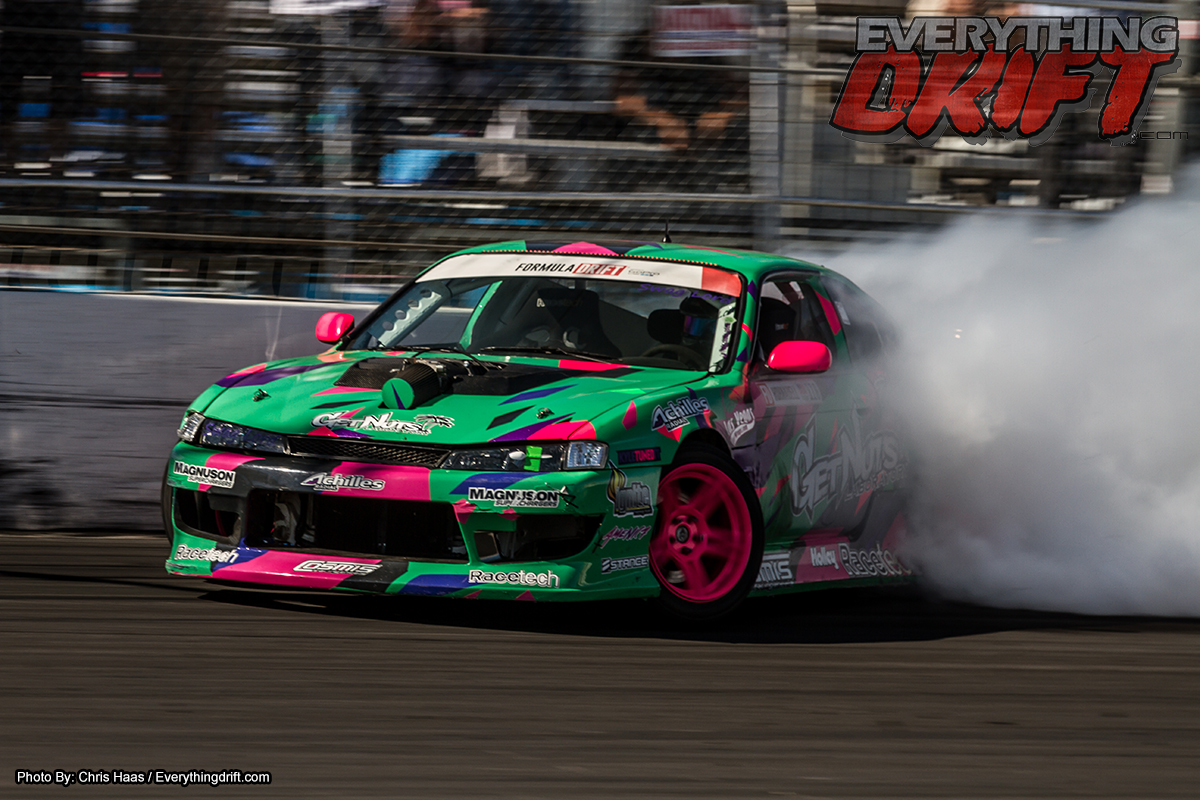 The track is gorgeous, even if it is just another oval track that FD goes to.

Now not being a Californian the 100 degree weathers we a bit much for me in October. 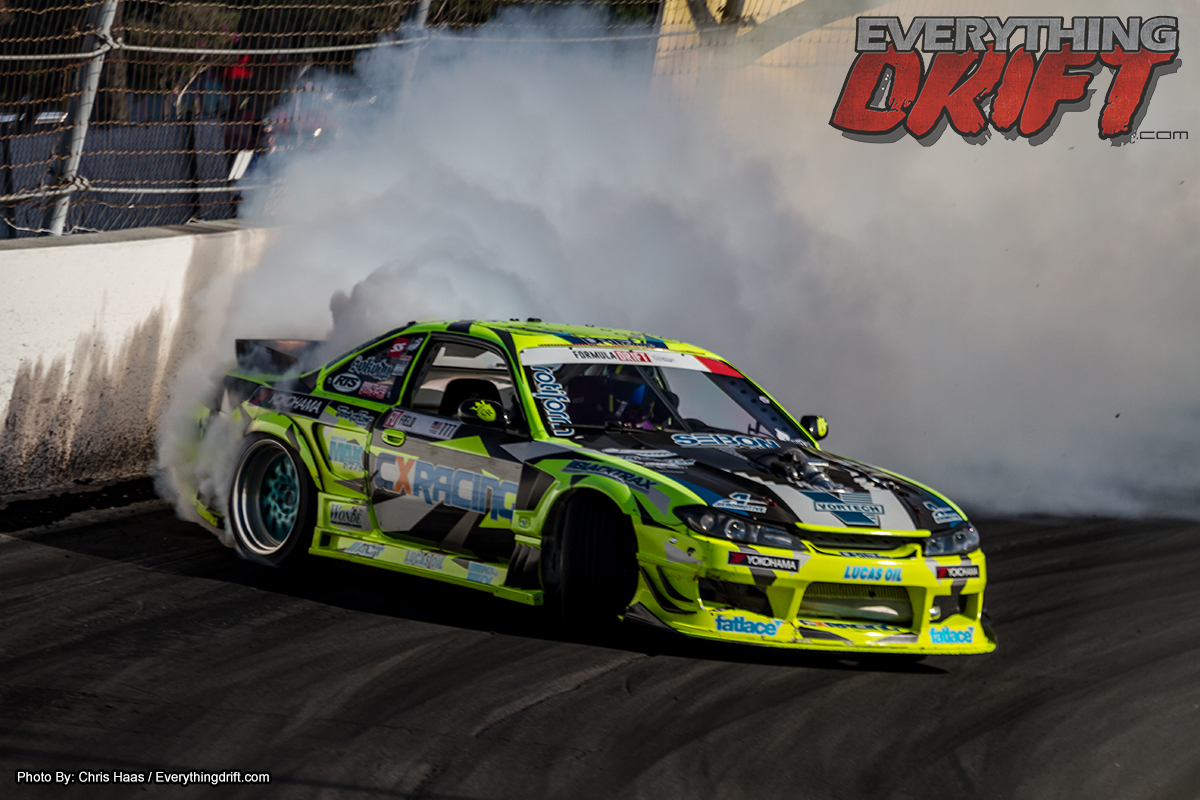 When they say its summer year round there, it pretty much is. 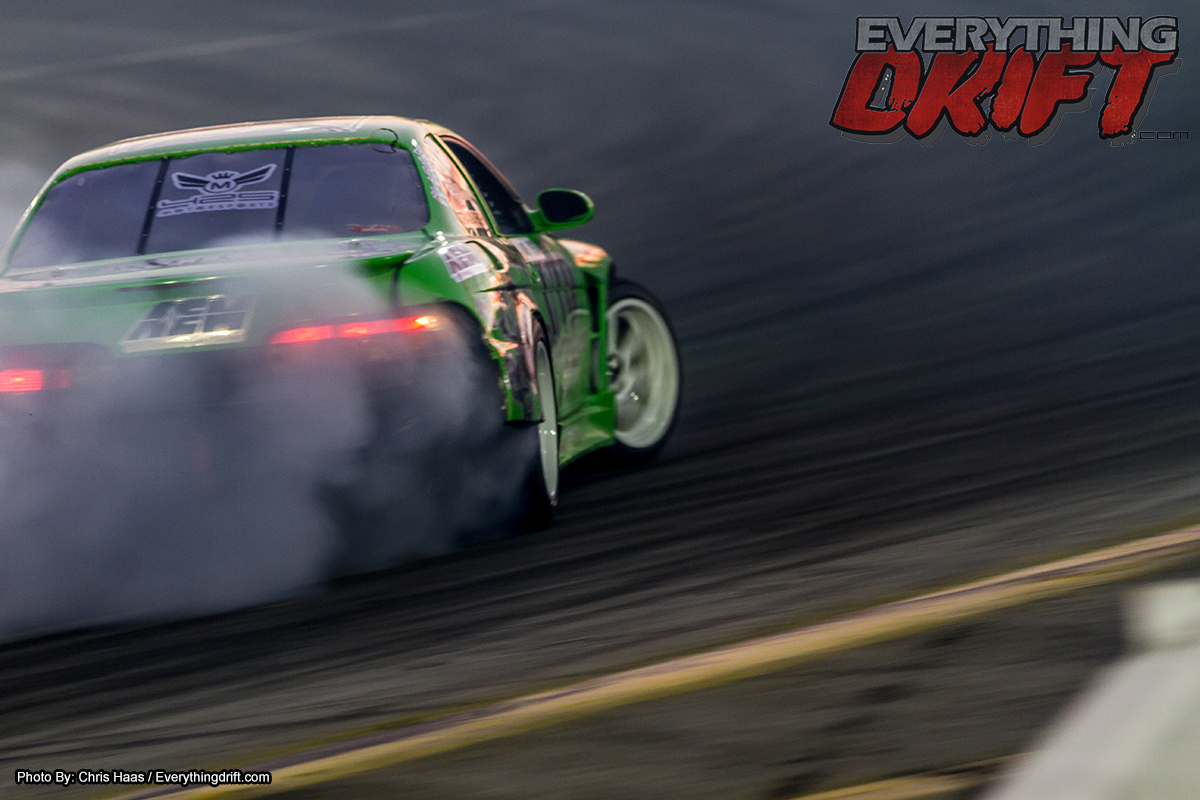 During Practice there were some crashes I wasn’t expecting let alone seeing them return to even Qualify. 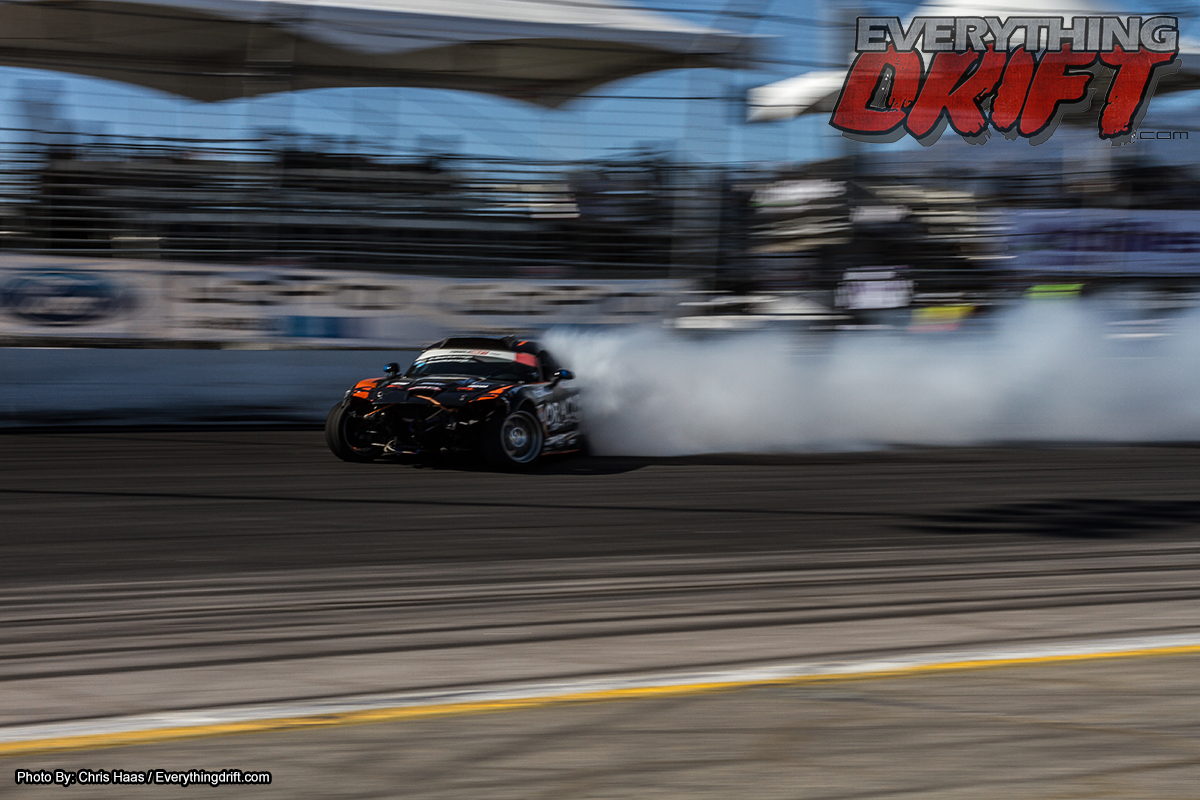 Nate Hamilton and Dean Kearney went into the inner wall pretty hard and came back to qualify….what?! 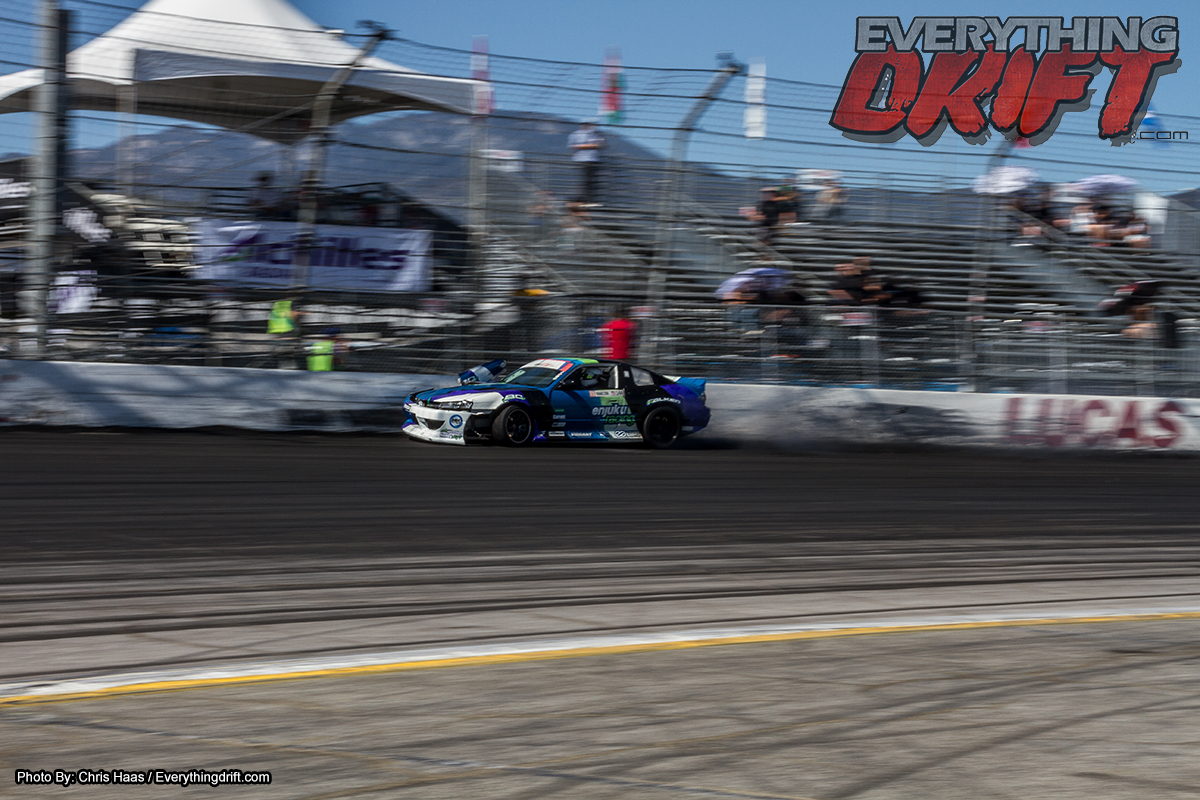 I wasn’t able to capture the crashes but they were unexpected and looked painful. 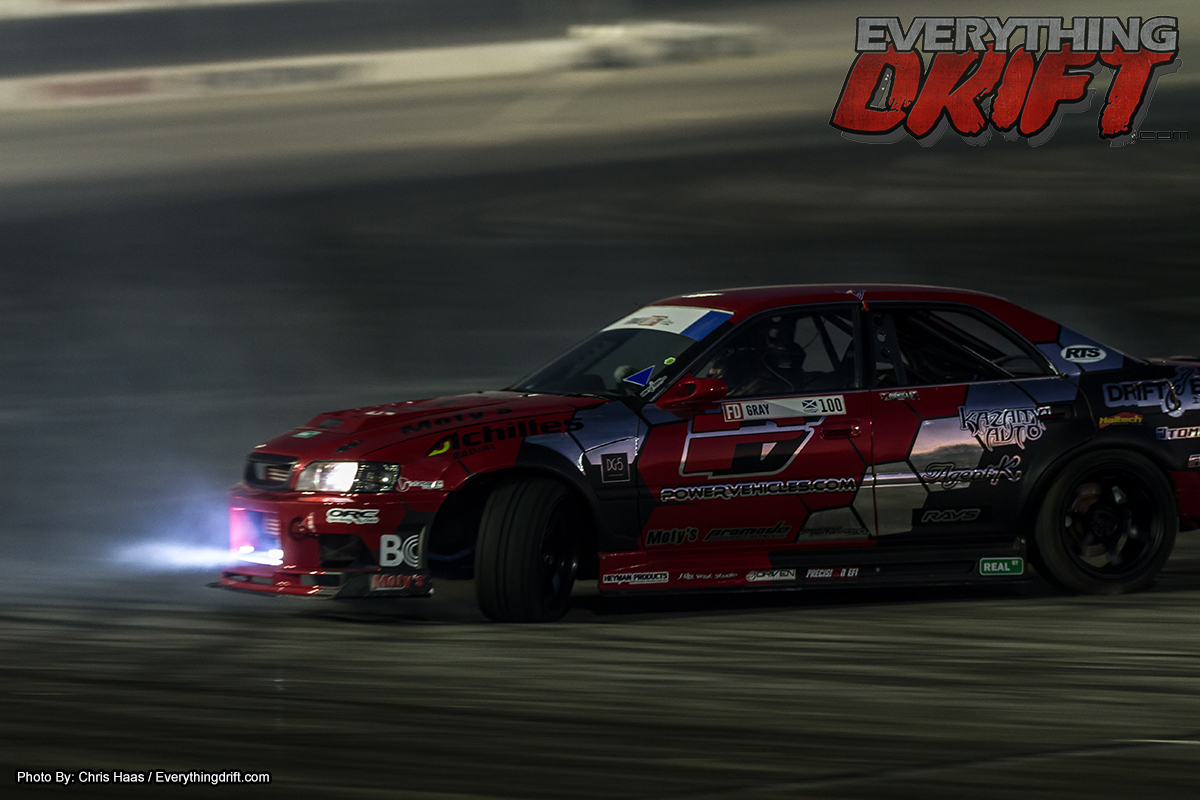 Saito and Forsberg had a crash during practice as well and came back to qualify into the show! 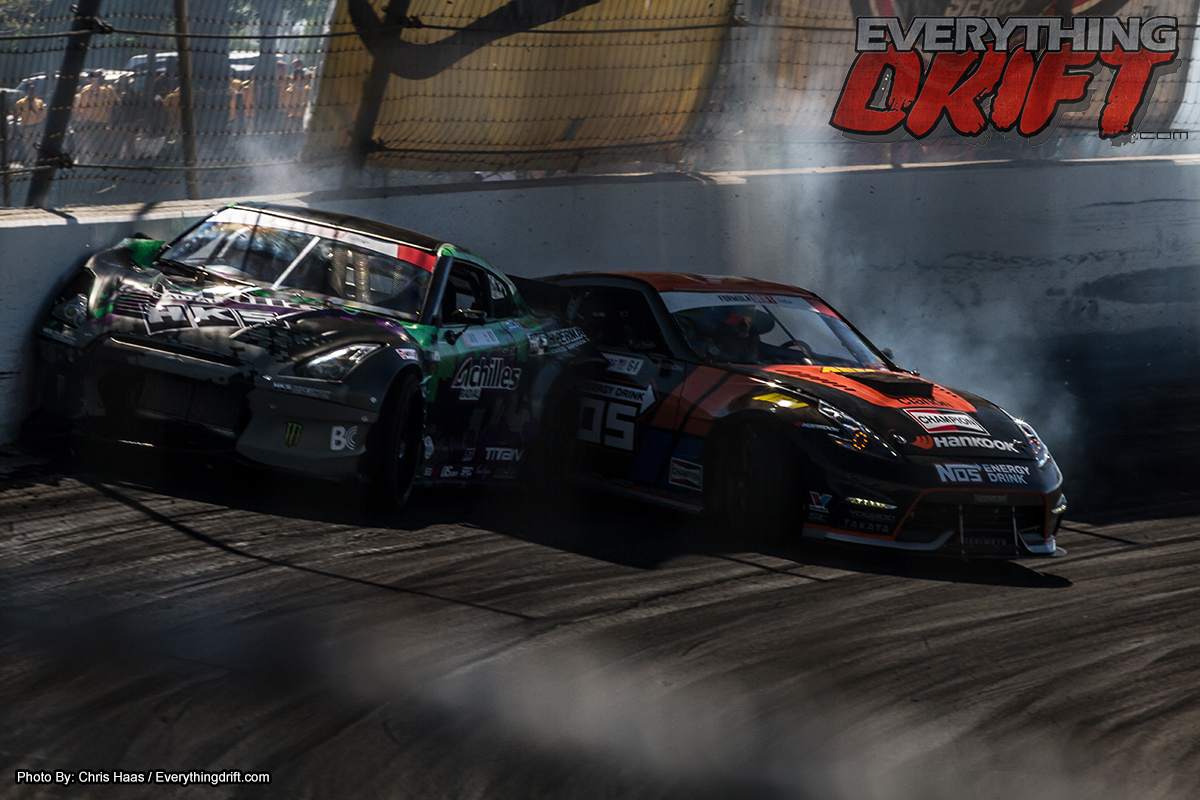 To say the least the Achilles team had their work cut out for them and worked all weekend long to keep their drivers in the main event. 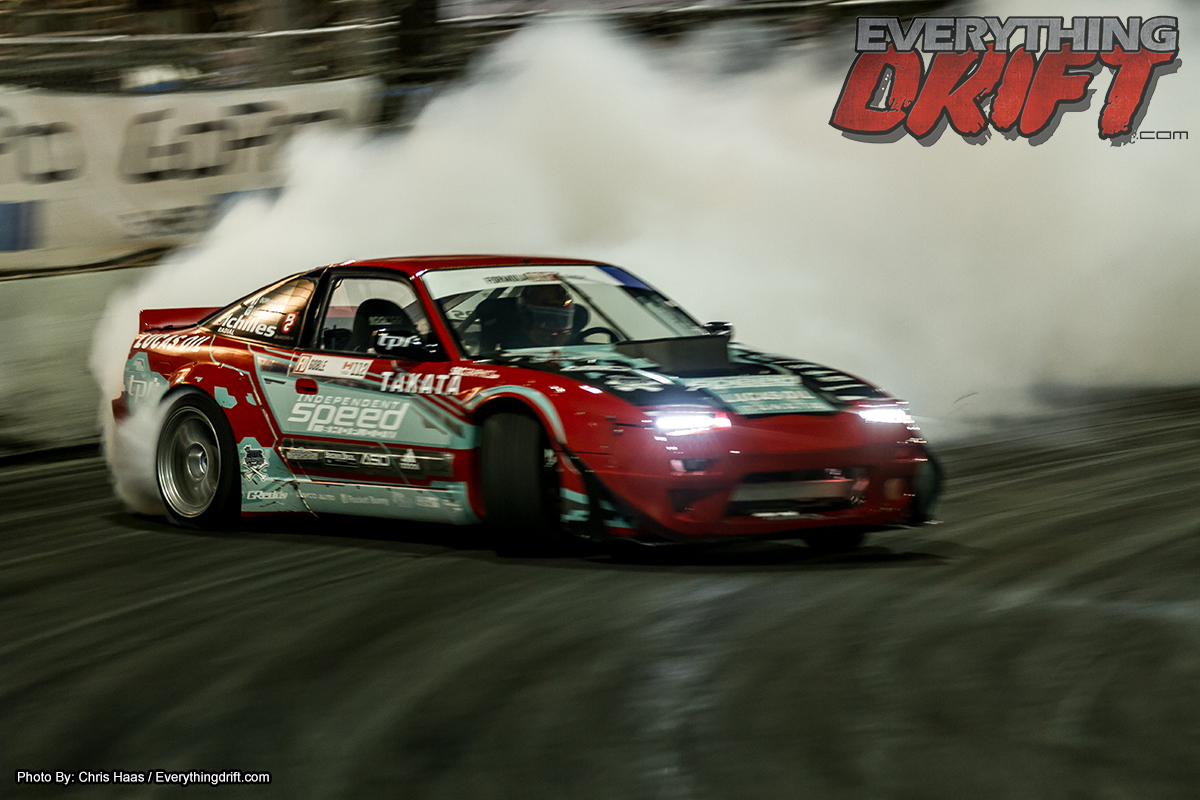 The event was also a sold out event and the line to get in for the event just never ended. 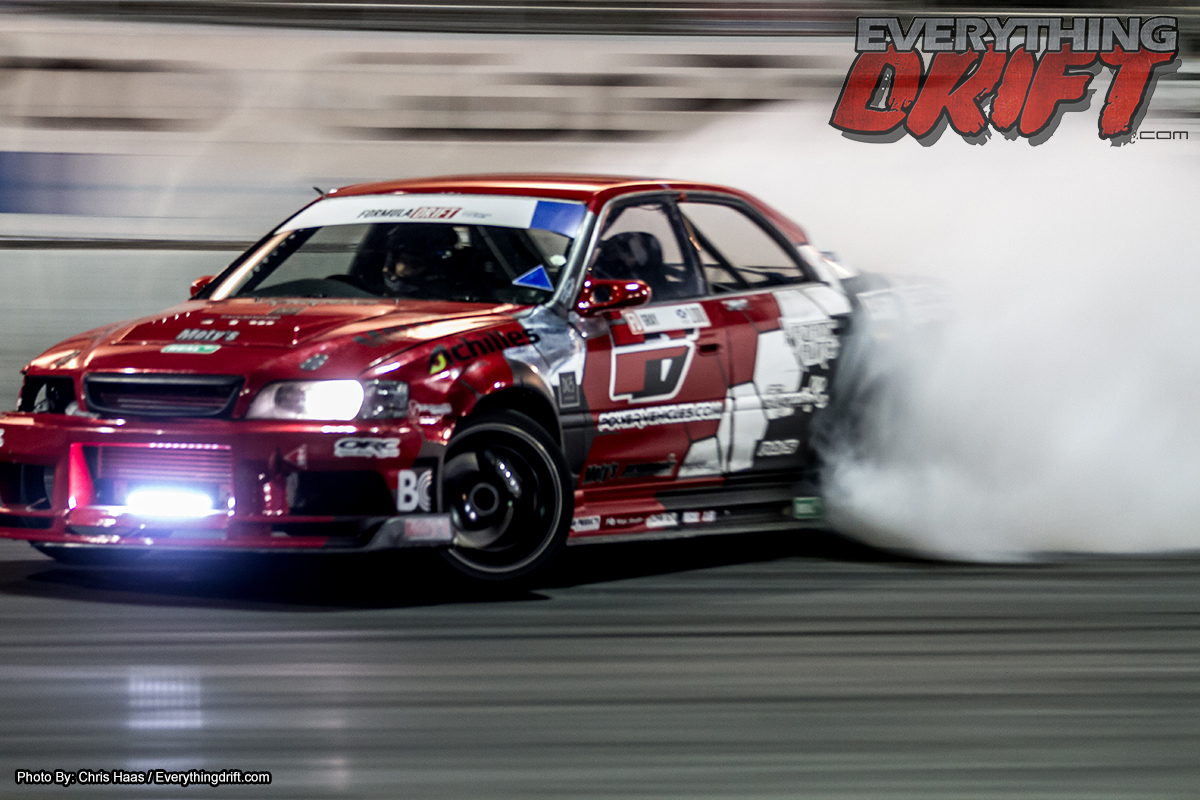 Even after Top 32 practice people were still pouring into the venue.

Although the wait was long for many fans it was worth it. 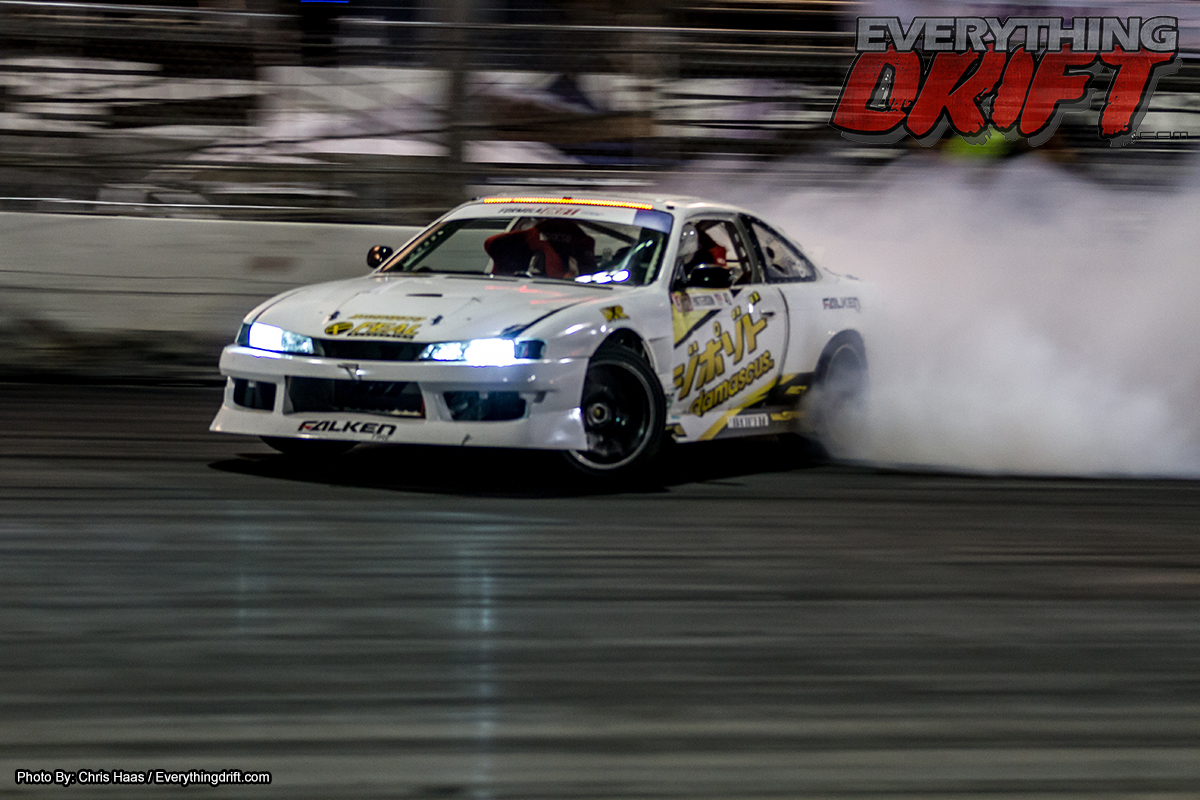 Every battle was fought tooth and nail to the end. 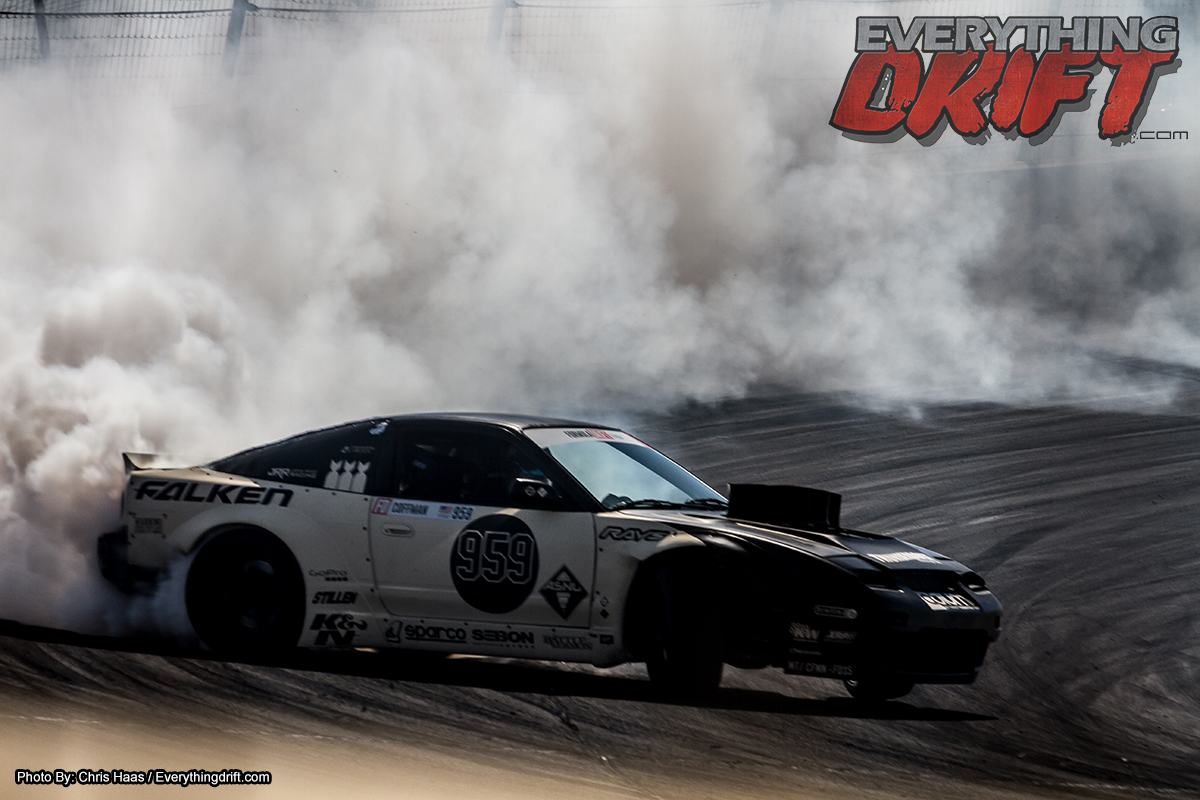 Another thing about this event was we all knew that all Aasbo had to do to win the championship was win his top 32 battle but that didn’t stop every driver from going all out! 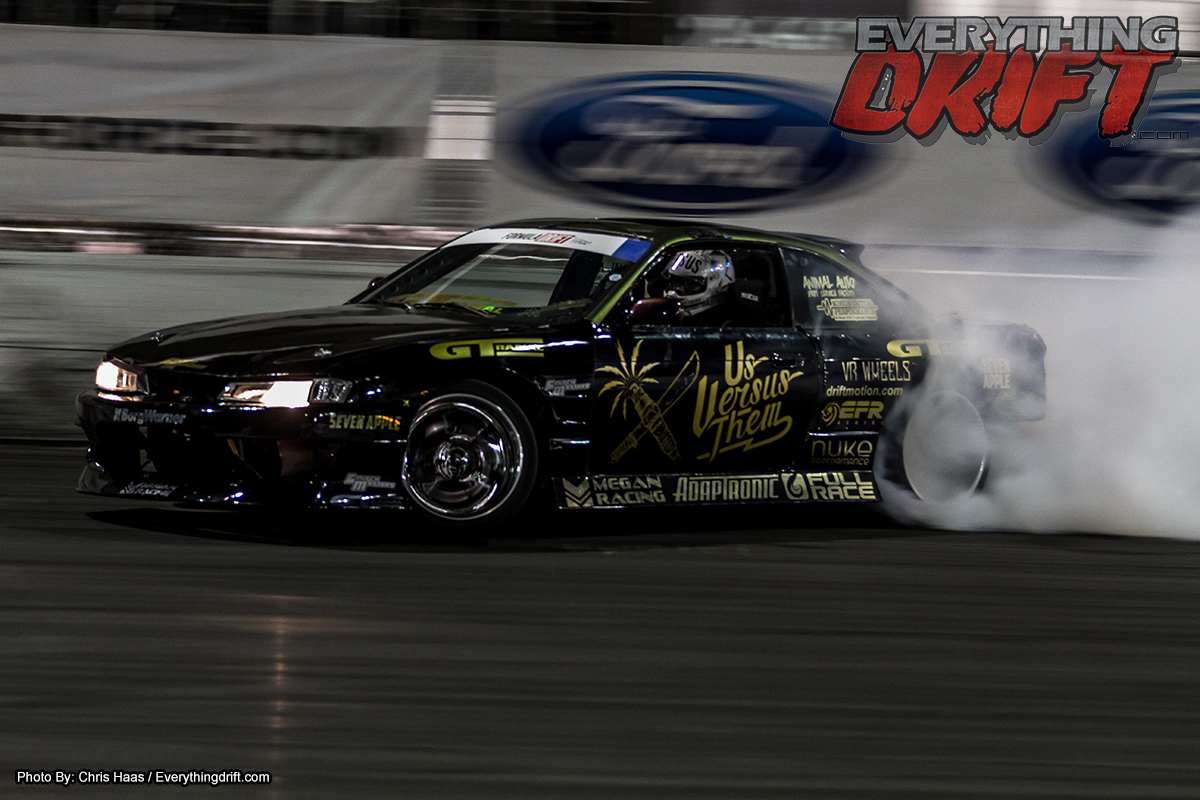 Even after Aasbo won his battle he didn’t let up, he continued to push and drive hard and won the event as well!

It was a great weekend for Aasbo and Scion Racing as there were 3 Scions in the top 5 overall. 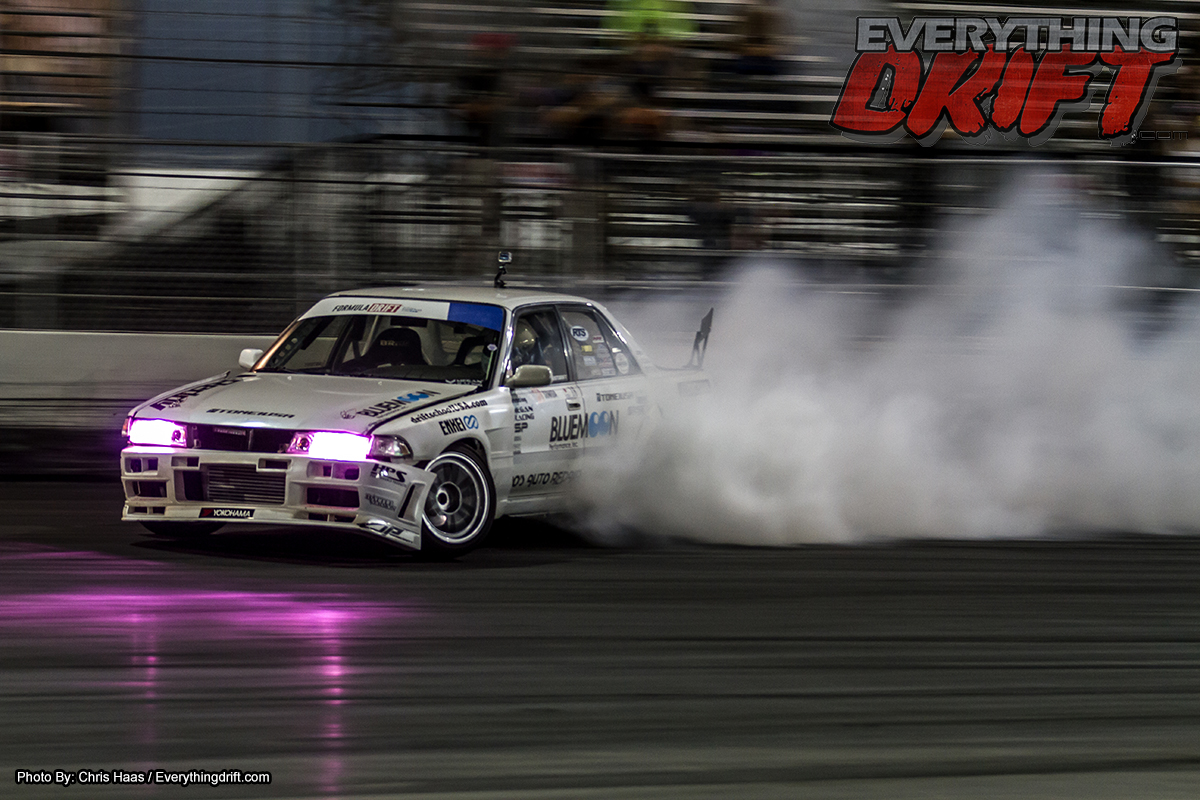 Now as I mentioned earlier, the person I car pulled with from Oregon, he and I had decided to leave the same night as the event so I only stayed through some of Top 8 and then we hit road. 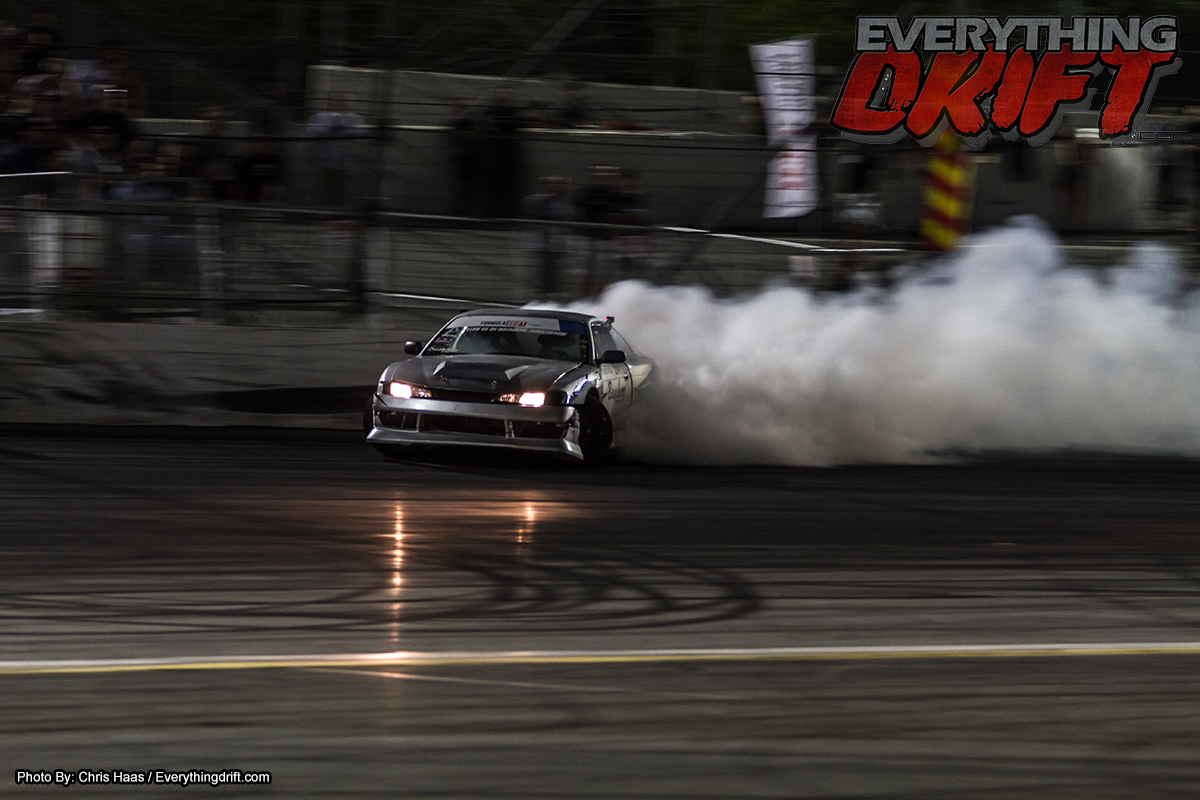 I really wish I would have stayed for the whole event and won’t make that mistake again. 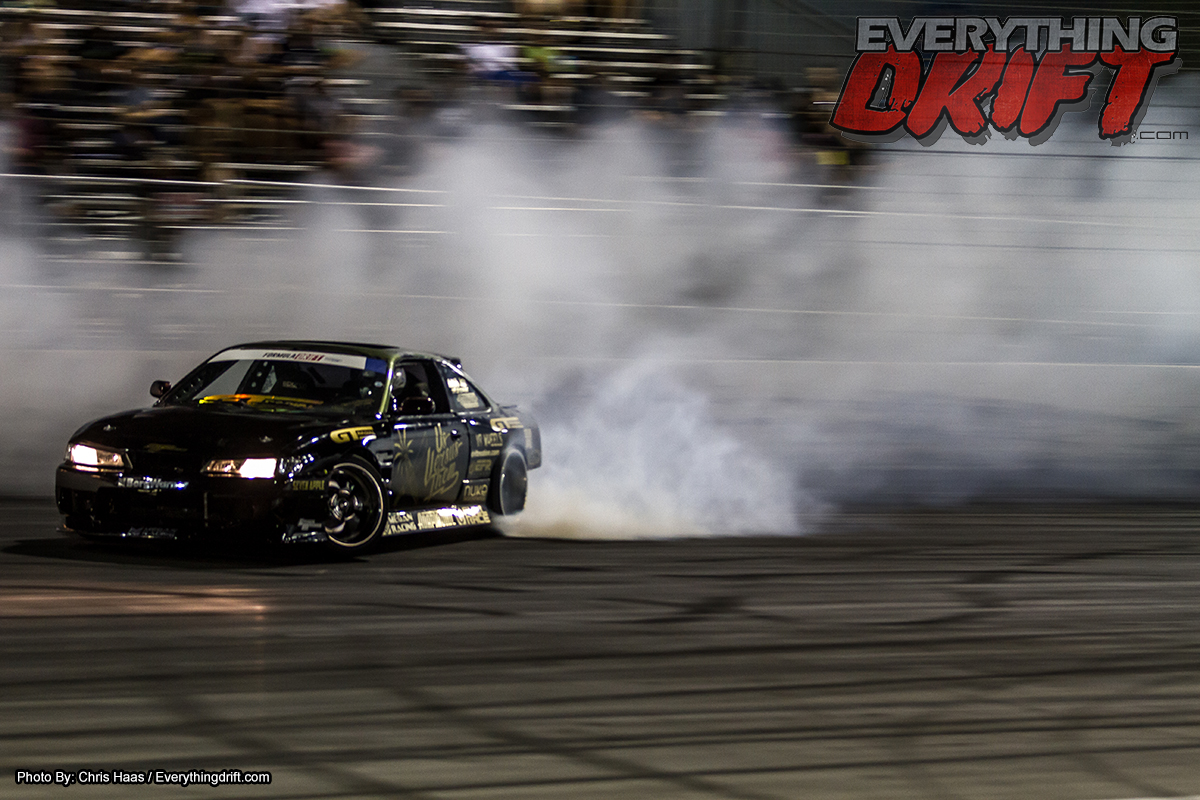 Regardless though, I am glad I made it to this event and got to meet some SoCal media people and I also enjoyed the event environment as well. 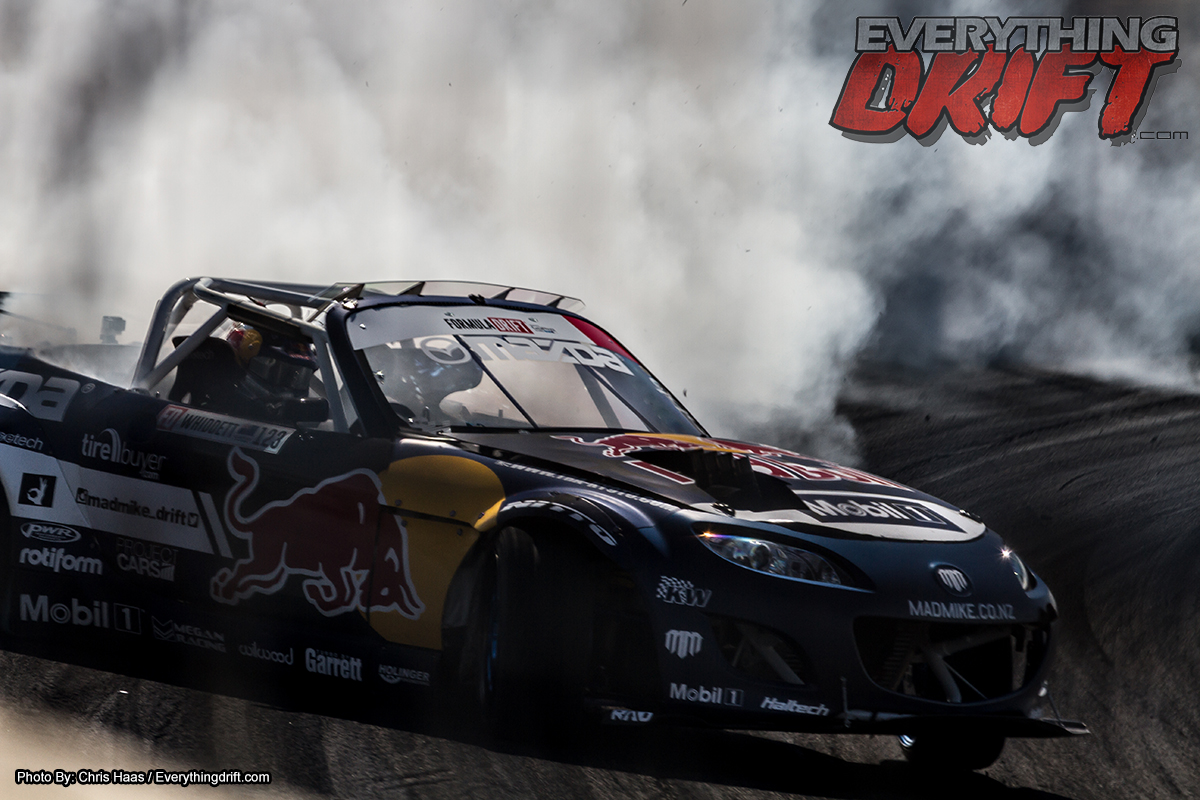 That being said if Irwindale is really going to be destroyed for some mall or whatever other reason, FD will take a great loss as the track and the people of SoCal are incredible. 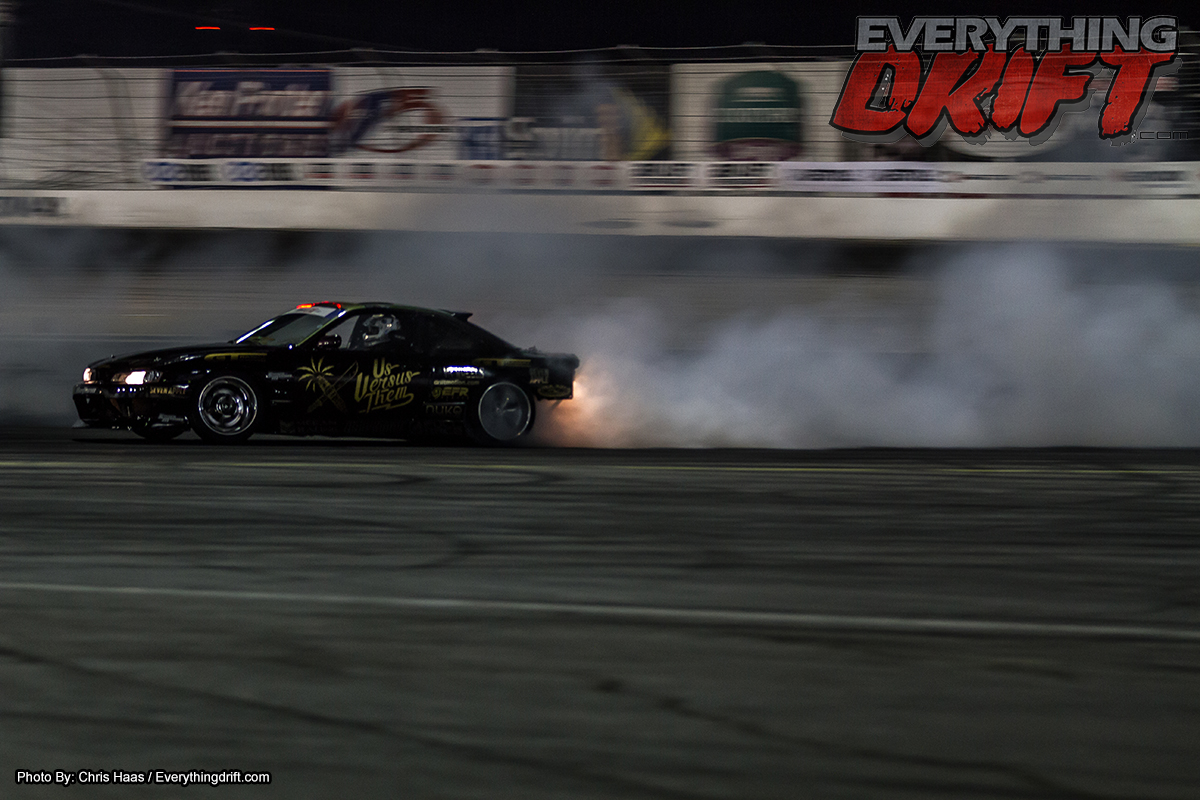 Congratulations to Fredric Aasbo on not only winning the event, but getting what you have deserved for a long time, the Formula Drift Championship. 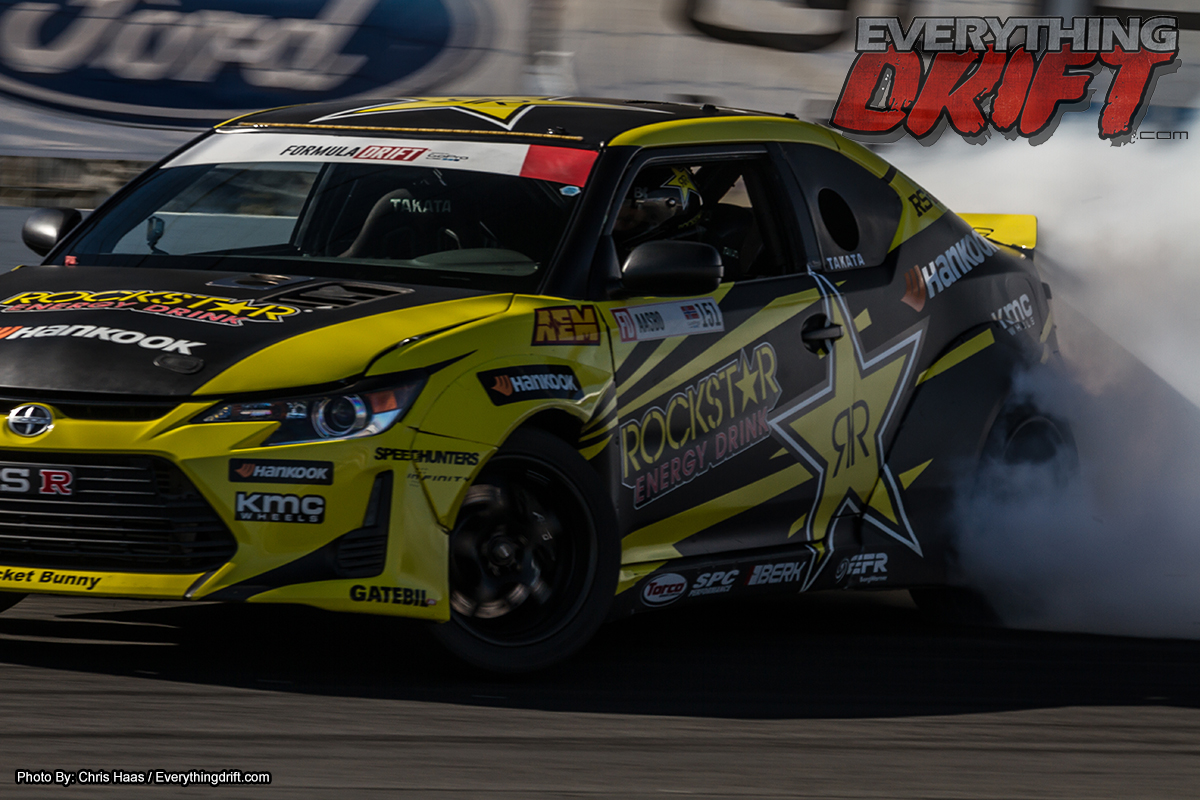 Also I want to congratulate Ken Gushi (2nd Overall) and Ryan Tureck (4th Overall) on having amazing seasons in their Scion FRS’s and finishing well as it too is deserved of you guys. 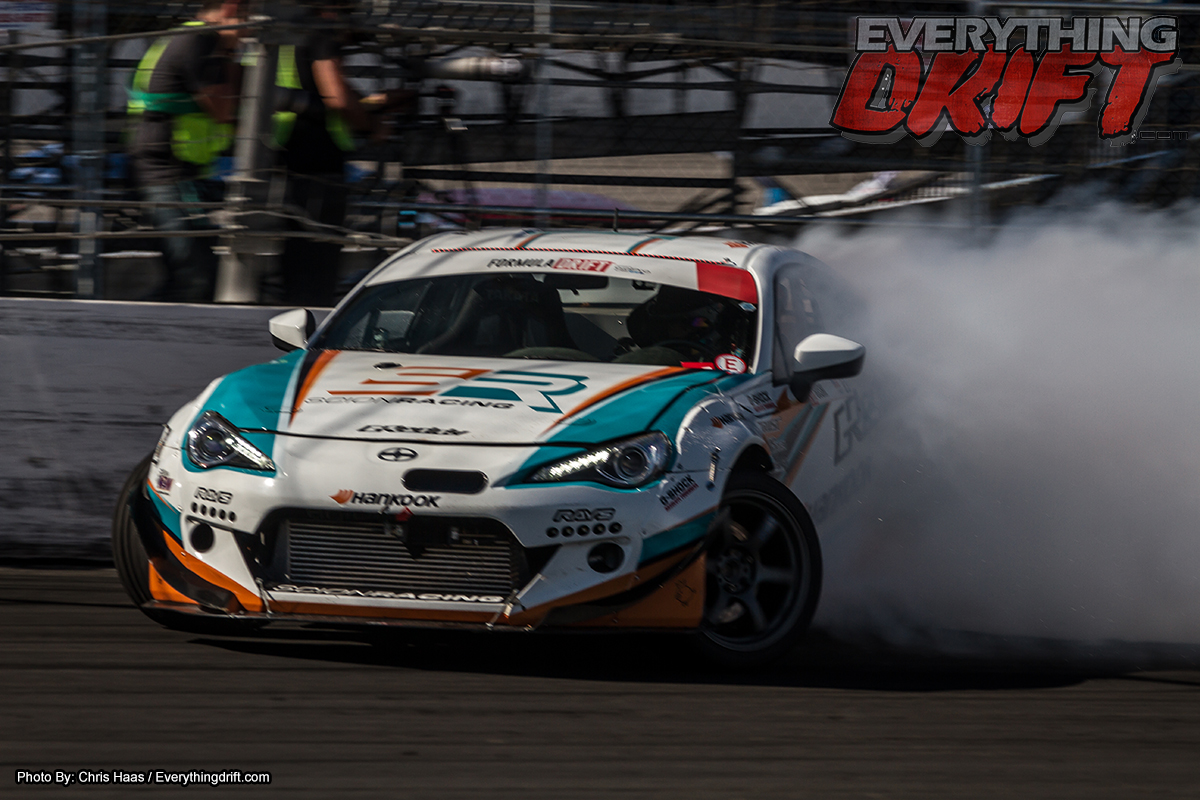