Vaughn Gittin, Jr., picks up 2nd win of the year in Monster Energy Mustang, making history by equaling record for most event victories 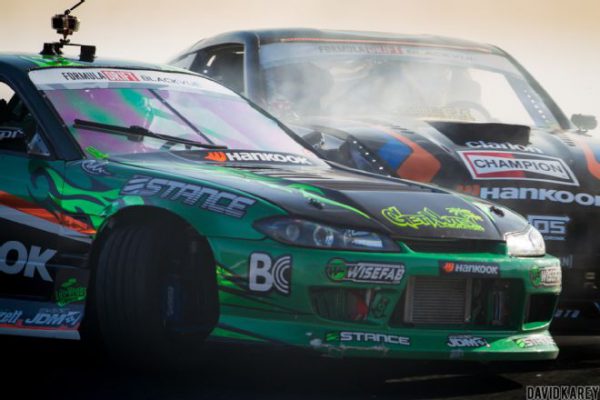 In the wake of what some have now come to regard as one of the best Formula DRIFT rounds in a while, we’re gonna veer for a moment from recapping Round 4 of the Formula D 2016 Championship, staged at Wall Speedway in New Jersey, to join the chorus of drivers, media, fans, and others asking driver Forrest Wang’s supporters to lay off of fellow pilot Chris Forsberg. The anger being directed at the twice champion stems from a heavy-contact incident during the event’s Top 16 tandem elimination round, wherein Forsberg on the chase in his NOS Energy Nissan 370Z ran into Wang’s Get Nuts Lab S15 Silvia as the pair flew by the course’s first inner clipping point. It seems like a lot of people were surprised when the judges gave the match to Forsberg (including us, admittedly), but upon further review and explanation we now understand why Wang lost the round.