MADISON, IL (August 11, 2018) – On a hot, sticky, Midwest Saturday night, Team Falken Driver Matt Field scored a second place podium in Round 6 of the 2018 Black Magic Formula Drift Pro Championship at Gateway Motorsports Park, outside St. Louis. This was the second time Field has earned a runner-up trophy, and places him sixth overall in this season’s Formula D standings. Defending Champion and Falken teammate James Deane continues to lead the championship, with Wiecek in third place. Team Falken has six of its eight drivers in the top 10 of the championship leader board.

Field was strong all night long, having qualified second, and fought decisive battles through the Top 4. He eventually succumbed to Round 6 winner Fredric Asabo. All eight Falken drivers advanced to the Top 16, with five Falken entrants in the top 8. Qualifying indicated it would be a good event for the Falken AZENIS RT615K+ tire as teammates Ken Gushi placed 3rd; Aurimas “Odi” Bakchis was 4th; Deane, 5th; Justin Pawlak, 7th; Daijiro “Dai” Yoshihara, 10th; Wiecek, 13th; and Jeff Jones, 22nd.

“For an inaugural event, we were pleased with Falken’s performance tonight,” stated Steve Wong, Falken’s Supervisor, Passenger Car Motorsports and Events. “Our team hadn’t been here before, and the track layout proved to be quite challenging with multiple transitions, but it was very fast. The competition was tough, but we had some great finishes, and at the end of the night, still have James Deane heading the championship and Falken retaining our lead in the Tire Cup standings.”

Commenting on his second-place finish, Field noted the fact that this was the first time Formula Drift was visiting Gateway Motorsports Park: “Coming into this round, there were a couple of major questions on probably everyone’s mind: how was the track going to work; were the cars going be able to do it; and the biggest concern – would tires last two laps here? Fortunately, for my team and me, we were able to hook up the car and get it enough grip.”

Field, running his newly built Corvette, concluded: “I was just blown away that the Falken tires were so strong; I really think that’s what gave us the edge to get on the podium this weekend, and I thank Falken for all their support.”

As the season moves toward the final two rounds, the 2018 Black Magic Formula Drift Pro Championship Series heads to its annual “Showdown,” Sept. 14-15, at Texas Motor Speedway in Ft. Worth, TX. 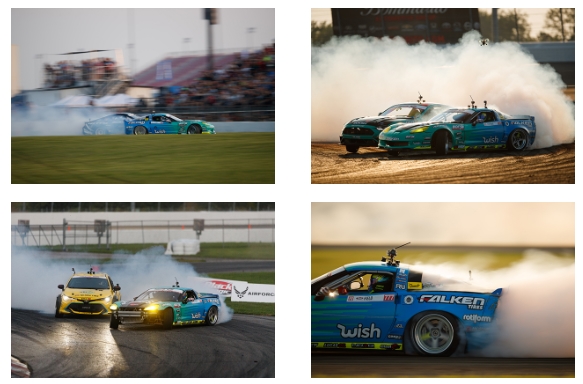