The 2019 season begins this Friday and Saturday on the streets of Long Beach. Aasbo won the Long Beach opener last year on the way to a second-place result in the championship. He scored a total of six podium results in 2018, including two outright wins.

“We had a season to be proud of and fell short of the championship by an incredibly slim four points,” said Aasbo, the 2015 Formula Drift World Champion. “It feels like we have some unfinished business with the Rockstar Energy Drink / Nexen Tire Toyota Corolla Hatchback and we’re ready to get back out there and battle.”

It features a four-speed dog-engagement transmission, a Borg Warner EFR turbo, AEM Infinity-8 fuel injection and RS-R suspension. It will ride on Nexen N’fera SUR4G tires and special new Motegi Racing wheels that will be unveiled for the first time on Friday.

Team owner Stephan Papadakis said he’s excited to get back into competition. “We do everything we can to get the team and the car dialed in the off-season and the first race always feels a little like you’re a bunch of kids going back to school,” said Papadakis. “You get to see how everybody has grown and evolved their programs and get a feel for how the competition is going to shake out.”

Papadakis has also been working on his PapadakisRacing YouTube channel, finding a strong audience for his regular content uploads focusing on the technical side of racing and vehicle performance.

The team will be out at Long Beach for the first time this season on Tuesday as part of the Long Beach media day event.

Aasbo joined the team in 2011 in a Scion tC powered by a four-cylinder turbocharged engine. The 2019 hatchback, which debuted last year with Toyota at the New York International Auto Show, is the team’s fourth build for the manufacturer. 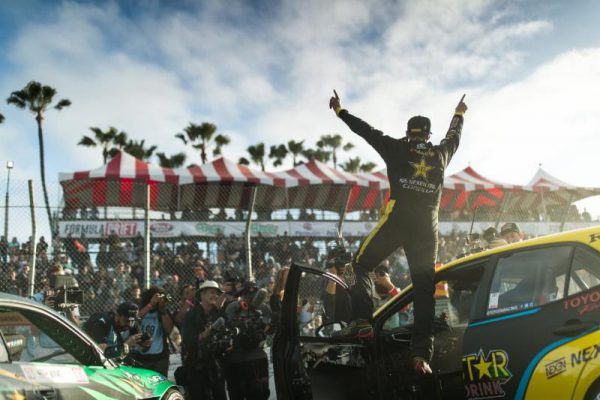