It was a big weekend for Chelsea and his RTR team coming away with their first podium of the 2019 Formula Drift season. Chelsea seemingly picked up where he left off following Friday’s qualifying, getting better with every run, in route to his third place finish! Chelsea was joined in the Final Four by his RTR teammate Vaughn Gittin Jr. showing those at Orlando Speed World, and watching around the world, that Team RTR will be the one to watch the remainder of this season. 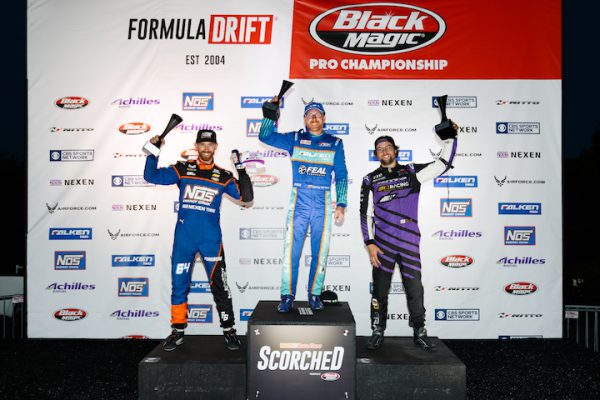 Quote from Chelsea: “The team, myself and the car were in-sync all weekend which gave me the ability to drive hard and take chances which landed us the third place podium spot. I think we made a huge impact on Formula Drift this weekend and will continue to be a threat throughout the year.”