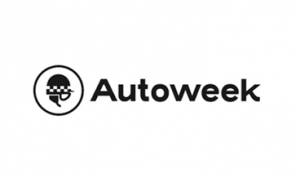 The pandemic and the ban on fans at some venues made the series even stronger. 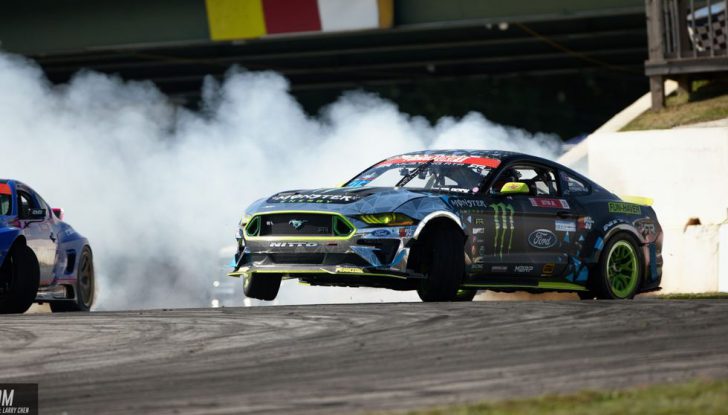 Formula Drift is the graceful art of powersliding two cars side-by-side through a series of prescribed turns surrounded by screaming young fans. It starts its 19thseason next Friday in Long Beach.

It was Formula Drift that brought the sport to America from Japan and remains its biggest and sole national championship sanctioning body for the sport. Formula D as it’s sometimes known has popularized the unique motorsport with a series championship held at eight venues across the country since 2004.

But like many motorsports, and many activities in general, it was almost wiped out by the pandemic. While sponsorship brought in a lot of money, Formula D depended on box-office receipts for most of its income. With COVID restrictions in 2020, many venues forbade fans in the stands, while others allowed limited fans seated far apart. The result was a real struggle to innovate its way through the pandemic, the hardest challenge Formula Drift has had to face. 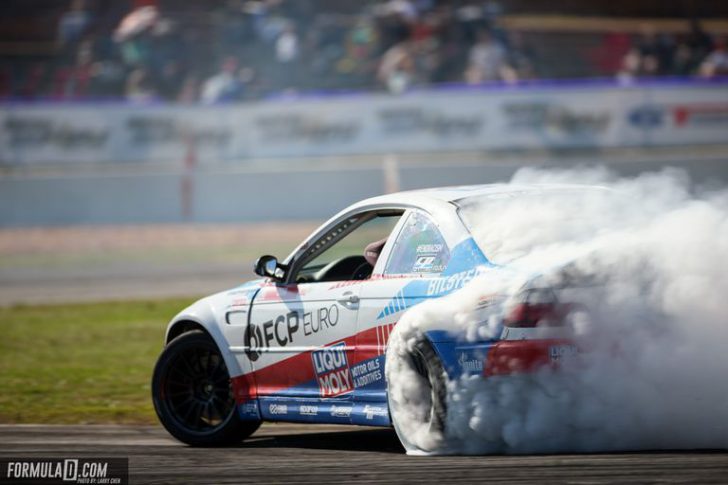 “It’s been a pretty interesting trajectory, generally speaking,” said co-founder Ryan Sage. “I think the first 10 years were kind of like finding our grounding—what were we, what kind of motorsport do we want to be, and how much of that had some crossover to kind of lifestyle events. And I think we really hit our stride from 2012 on.”

Things went well then, with growth every year. Then the pandemic hit.

“Ironically, what (cofounder) Jim (Liaw) and I envisioned (was) the sport would be accelerated because of COVID. When COVID came about, it was really kind of a test of what could the sport, what could the brand endure, given the fact that the primary revenue-driver for us is box-office sales, and we just couldn’t have that.”

So it was time to innovate.

“We had to completely look at what the sport could do in that setting. And most of our other peers—whether it’s international drifting bodies or events here in the United States—basically shut shop in 2020. But we kind of felt that, if we didn’t do anything, it could potentially be the demise of many of the teams. Because the teams have to have a certain revenue and income to sustain their business, even if they have a shop, or they’ve got other projects going on. We just felt like it would be super damaging to the sports to not do anything.”

So what did they do?

“We reconfigured the way the sport was going to play in 2020. It actually gave us a much bigger step ahead when we came to ‘21. So coming out of 2020, we did a no-fan event experience with doubleheader rounds. When we got back to 2021, there was more openness and we could have fans back.”

How’d it work out?

“Every single marker that we track from social analytics to box office to sponsorship revenue was at an all-time high. And then that new era of the sport allowed us to do a lot of really interesting things in this offseason. And we become much more noticeable in the general mainstream motor sports, a group of peers, but also the fan base is expanded quite a bit.”

Specific numbers were up almost across the board.

“We basically saw about six and a half million individual viewers last year on our live stream. We were up at some events 50%. At one event we were actually up 100% from 2019 to 2021—that was our New Jersey event. We basically doubled that audience size.” 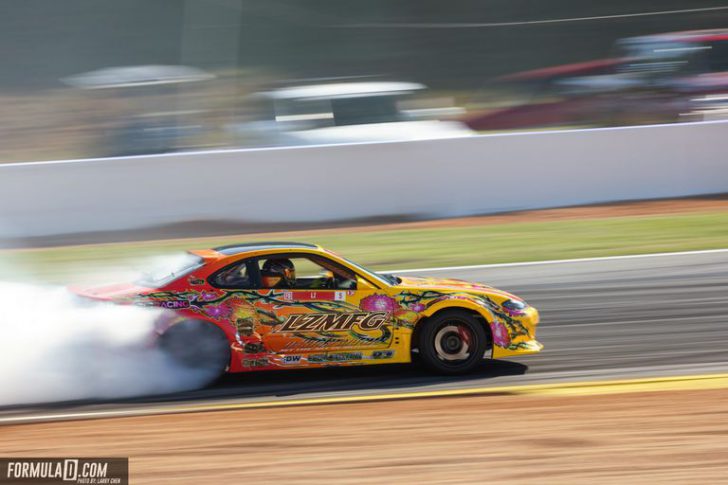 It’s still not completely sorted out. There’s no title sponsor, for instance.

“We do not have a current title sponsor,” said Bryan Olfert, sponsorship manager for Formula D. “We are working with Autozone and (undercarriage lighting supplier) Type S for a number of event entitlements, like round-specific sponsorships similar to the NASCAR model. Autozone is involved with Long Beach and a number of rounds for the season. So it’s sort of a workaround from having a title sponsor.”

With its younger fan base, other motorsports series would kill to get Formula Drift’s demographic.

“When you look at a cost analysis compared to other major motorsport series—NASCAR, IndyCar—and when you’re considering that they’re seeking a Gen Z, Millennial audience, we are the motorsport for millennials,” said Olfert. “What all those other series are really working towards, are really trying to find, we have in abundance. That’s where we have a one-up on those series. We’re not as established as those others. But we’re also only 19 years old.”

And sponsorship of Formula D is a relative bargain compared to fielding just a single mid-pack team in something like NASCAR Cup.

“You could probably title-sponsor us for the next four years,” said Sage.