Royal Purple will continue for a third year in 2022 as the Official Oil of Formula DRIFT.

Known as the Synthetic Expert, Royal Purple produces a wide range of quality products for nearly every consumer, commercial and industrial application. Royal Purple focuses exclusively on the development of products that significantly outperform other synthetic and mineral-based oils, and puts them to the test in high-performance and high-profile racing series such as Formula DRIFT. 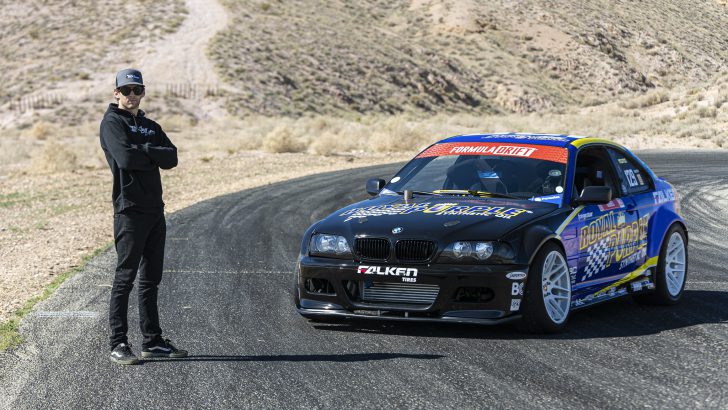 “Formula DRIFT is a perfect series to highlight our state-of-the-art lubricants,” said Rusty Waples, Director of Brand and Product Management at Calumet Branded Products, LLC. “Formula DRIFT drivers push their engines and drivetrains to extremes, and count on Royal Purple to give them the extra performance edge.” 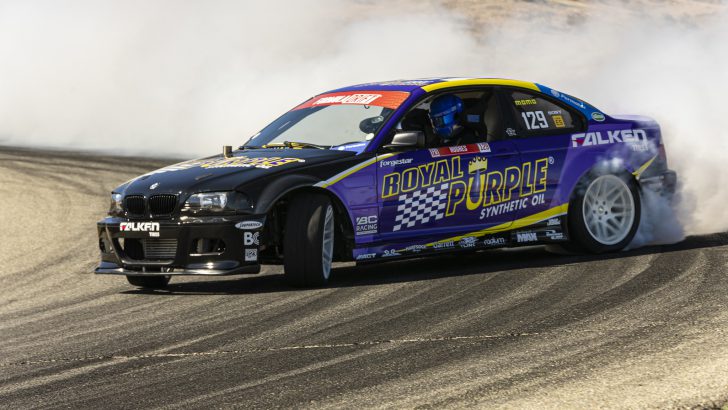 The 2022 Royal Purple partnership will again include a $6,000 contingency sponsorship for the Formula Drift PROSPEC Championship. As part of the program, Royal Purple will award prize money of $500, $300 and $200, respectively, to the first three PROSPEC contingency participants at each round. This will be available regardless of whether they reach the podium, provided the competition car displays the new Royal Purple and Formula DRIFT decal. The top 2022 Royal Purple contingency driver will receive an additional $2,000 at the end of the season.

The new season would not be complete without Formula DRIFT PRO Championship driver Dylan Hughes behind the wheel of the Royal Purple BMW. For the third consecutive year, Royal Purple will sponsor Hughes as he continues to climb the Formula DRIFT PRO rankings. In his first season as a PRO driver in 2020, Hughes ranked 15th. He climbed to seventh in 2021, reaching the podium twice during the season. Hughes’ first podium appearance was at Evergreen Speedway in Monroe, WA when he placed third in Round 5. He then followed it up with another third place in Round 6 at World Wide Technology Raceway in Madison, IL, near St Louis. 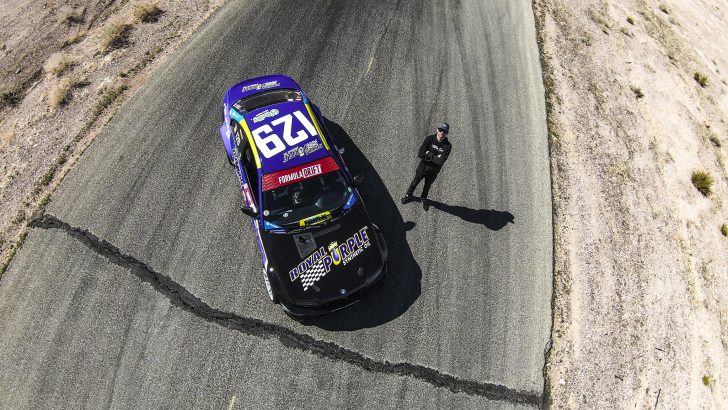 “Whenever I cut myself in the workshop, I strangely bleed purple and my drift cars are no different!” laughed Hughes. “We’ve had zero issues running Royal Purple synthetic oils at over 1000hp, and the support from their R&D team has been incredible, too.

“It’s been so much fun,” added Hughes. “We’ve had such a good time with Royal Purple the last two years, so to continue into 2022 and beyond is amazing. From Formula DRIFT to doing some really cool builds like the diesel drift wagon, Royal Purple has fully embraced what we do in the drifting world, and we love it!”

Royal Purple is excited to continue working with Hughes both on and off the track, exploring new custom builds, connecting with Formula DRIFT fans, and continuing to advance its research and development.

“Dylan has a unique bond with his fans, and we’re excited to continue showcasing his success with the help of our high-quality, high-performance products and our brand support,” said Waples.

Formula DRIFT is recognized as the leading international drifting championship. Established on the streets of Japan, drifting has evolved into a worldwide competitive sport that challenges the driver’s skills while demanding a great deal from their vehicle in terms of power and strength. Formula DRIFT provides a series for the best professional drifters from around the globe to compete for the coveted title of Formula DRIFT Champion. As the first official drifting series in North America, Formula DRIFT has taken competitive motorsports to the extreme, attracting drift fans and car enthusiasts from all walks of life; and has established itself as the global leader for the sport. For a competition schedule, ticket information, special content and livestream, please visit formulad.com.