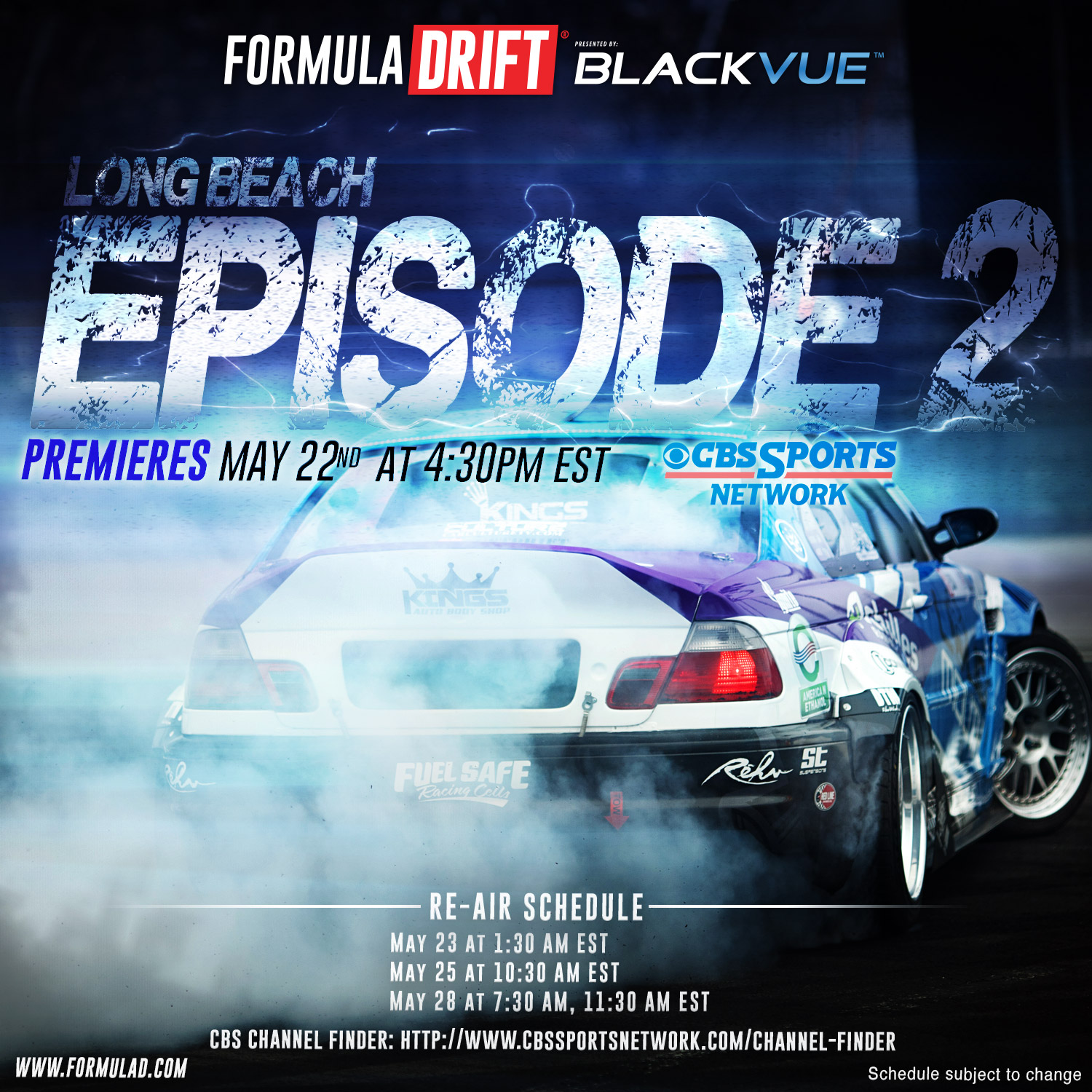 “We are very excited about this new relationship with CBS Sports Network,” said Ryan Sage, Vice President and Co-Founder of Formula DRIFT. “We have expanded our programming to nearly double the episodes and our new schedule is amazing! We look forward to exposing our sport to this national television audience in order to grow the sport and expose the new faces of Formula DRIFT.”

CBS Sports Network is available to more than 99 million homes across the country through local cable, video and telco providers and via satellite on DirecTV Channel 221 and Dish Network Channel 158. For more information, including a full programming schedule and how to get CBS Sports Network, go to www.cbssportsnetwork.com.