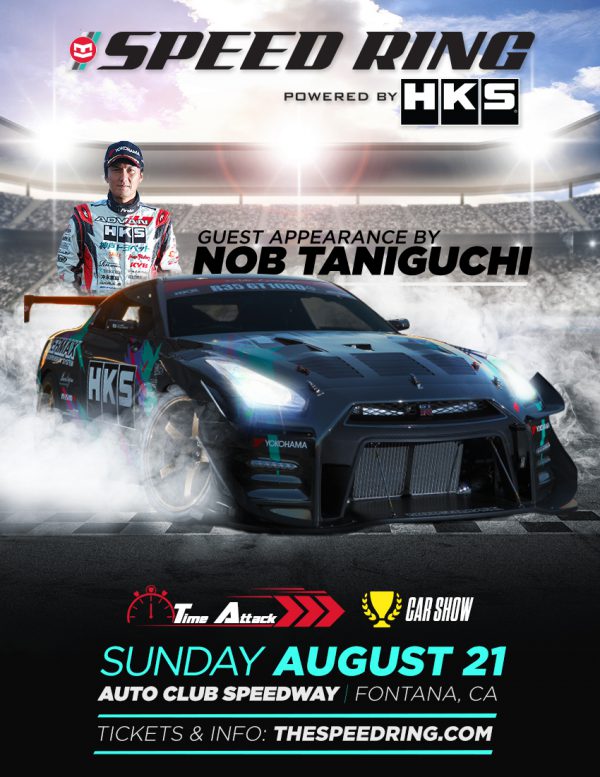 Long Beach, Calif. – June 21, 2016 – Motovicity Distribution announces the debut of the SpeedRing Motor Sports Festival Powered by HKS, a unique, industry-based event that will be open to the general public. The event will take place at Auto Club Speedway in Fontana, California on August 21, 2016.

The weekend action will be highlighted by a time attack race comprised of enthusiasts and shops, as well as a GTR-only class allowing participants to compete against Nob Taniguchi, who will pilot the HKS GT 1000+ Nissan GT-R. In addition to the time attack, the event will also feature a car show, vendor midway, industry insiders and much more.
END_OF_DOCUMENT_TOKEN_TO_BE_REPLACED