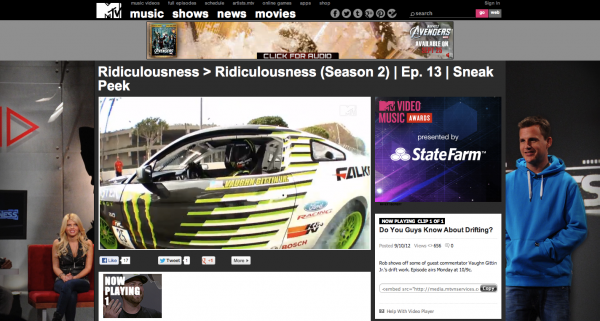 CLICK HERE for more information and to see a preview of the show.

Last week Formula DRIFT driver Ken Gushi had a photoshoot at the Fantasy Factory.  If don’t know what the Fantasy Factory is make sure to do a Google search, but it’s basically where skateboarder Rob Dyrdek conducts his business and where his reality show on MTV is filmed.

The photoshoot was conducted for Scion and Ken’s clothing sponsor Rogue Status.  Rob Dyrdek is a part owner of the company so it made sense for Ken his Scion TC to come down for a photoshoot.

Check out the video and more photos for more!

More photos from the Fantasy Factory after the jump!
END_OF_DOCUMENT_TOKEN_TO_BE_REPLACED