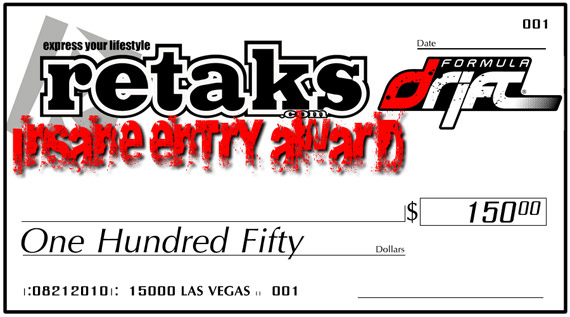 Team Retaks took part in the filming of a new TV pilot called “Sons of the Fallen,” with Bill Goldberg and actor Ryan Merriman.  The show takes kids of soldiers that passed away and takes them on a once in a lifetime adventure.  Team Retaks was able to give the kids a ride in a drift car with Formula DRIFT driver, Bill Sherman.

Sons of the Fallen, this two hour television special produced by Emmy Award winning Producer Conrad Ricketts (Currently the Executive Producer of “Extreme Makeover Home Edition”) and Co-Executive Producer/Director Jack Cannon (Former Director of “Extreme Makeover Home Edition”, Gone Country) will reveal the stories of 26 boys who all have something in common, their Fathers paid the ultimate sacrifice while serving our country.