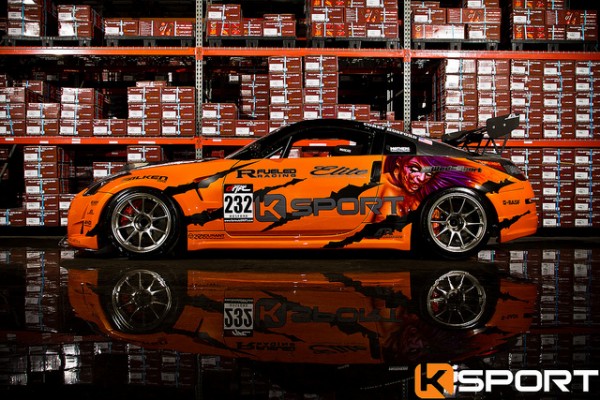 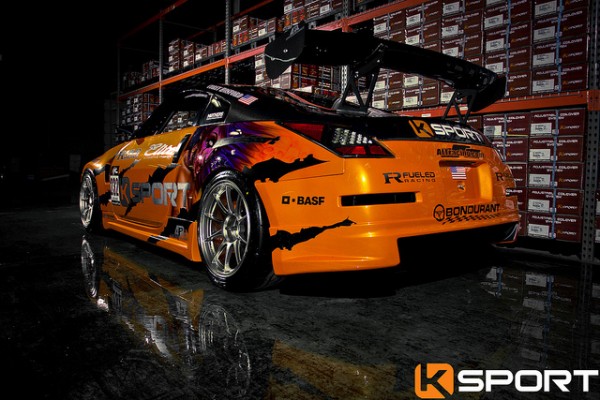 Corey Hosford is an up and coming Formula Drift rookie for the 2012 season. Here is the K-Sport Nissan 350z that will be his competition car for next season. His tire sponsor shows Falken Tire and this orange 350z should stand out on the grid. Follow Corey next season on his pursuit for the 2012 Formula Drift Rookie of the Year run. Also don’t forget to follow Corey Hosford on Facebook & Twitter.