Long Beach, Calif. – April 24, 2014 – Formula DRIFT has released a comprehensive fan study compiled from thousands of live event attendees from each round of the 2013 season. The study reveals that Formula DRIFT fans are nearly exclusive to the Series and a majority of fans have watched the online live stream.

The report was produced by surveying thousands of Formula DRIFT live event attendees over the course of the 2013 season. The study has found that nearly 50% of Formula DRIFT fans did not attend at least one other major league sports or major motorsports event in 2013 showing the exclusivity of the audience. The closest sport that had a quantifiable overlap was Major League Baseball at 16.62%, while the closest motor sport was Supercross at 12.73%.  Another finding shows that over 80% of Formula DRIFT fans have watched the “Driftstream,” in 2013.  The full report can be seen below.

“This study clearly demonstrated what we have thought all along about our audience,” says Jim Liaw, president and co-founder of Formula DRIFT. “These are not just average event goers. The event attendees of Formula DRIFT are exclusive to the brand, not only in terms of general events, but more importantly, our fans are highly preferential to us in the realm of motor sports. Further, when not attending a Formula DRIFT event, the fans follow the brand by watching our live stream. These statistics infer a highly engaged, highly exclusive fan.” 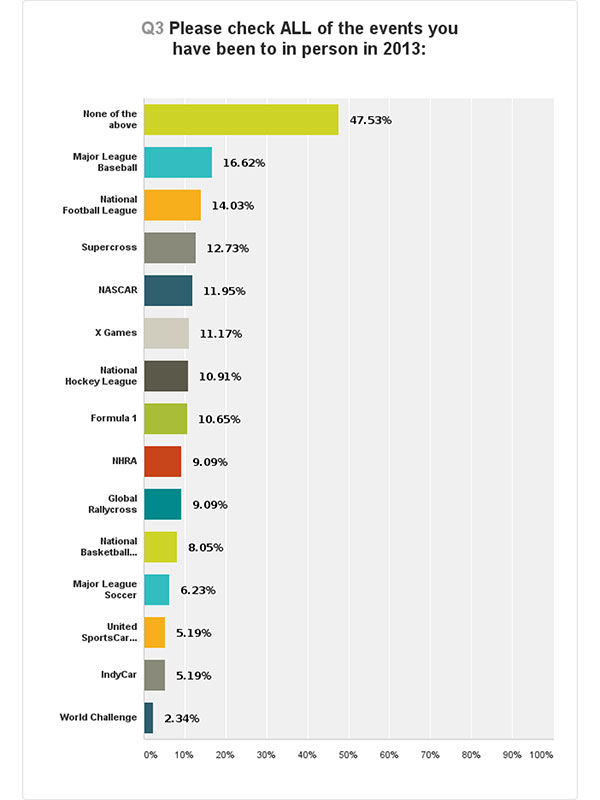 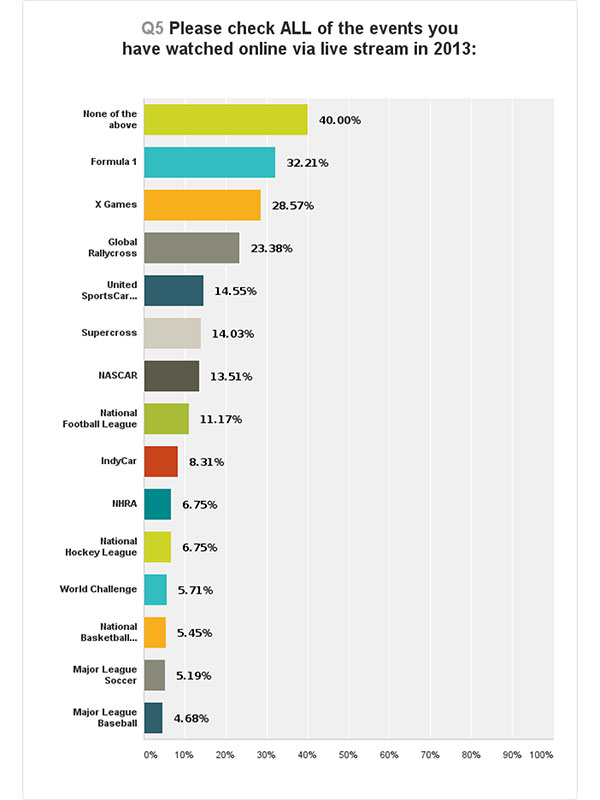 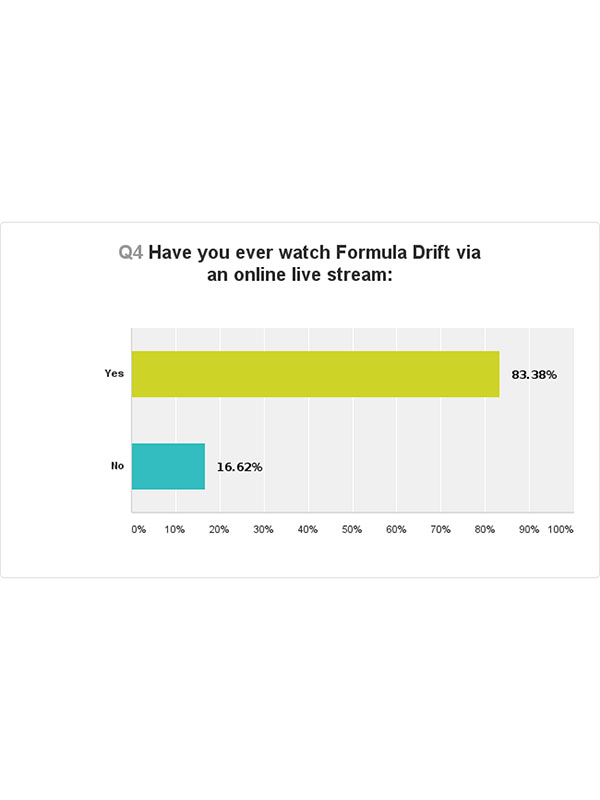