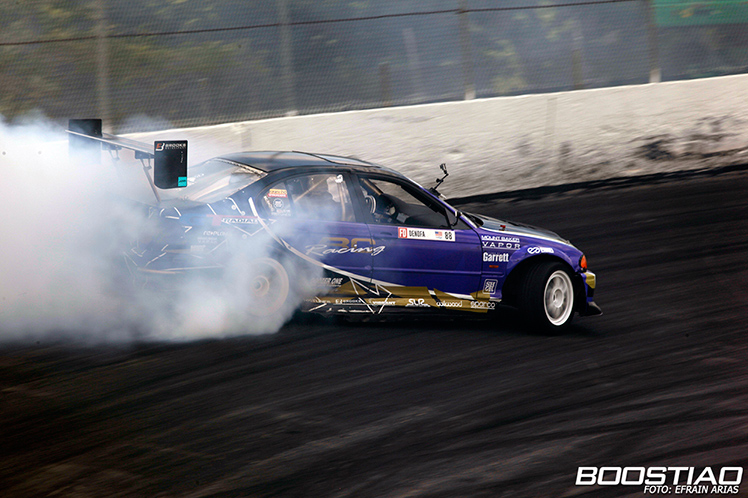 Again we have the opportunity to look closely at the major championship of the world Drift, Formula Drift, this time in Orlando Speed ​​World Drift where an event of this level will be held for the first time. 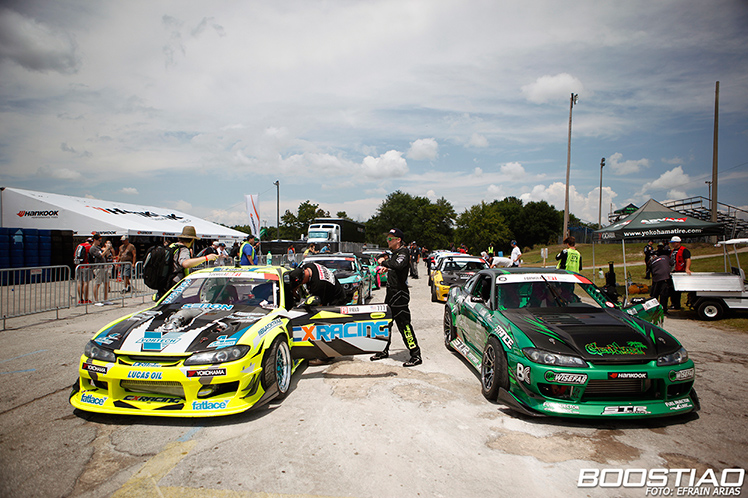 I had the privilege of seeing 3 different events Formula Drift, Palmbeach 2012, in that year began the war of horsepower and the cars were not as advanced as now, then in Atlanta 2013, and the cars had at least 700 -1000 hp was incredible and the construction of the cars had gained a level.

In this 2015 all this even more amazing cars have between 800 and 1100 hp, the drivers and teams are even more professionals mostly with large trailers which have hundreds of parts for any emergency. And there is also a brand of tire war where manufacturers try to provide the pilot with the best tire and make a difference on the track. 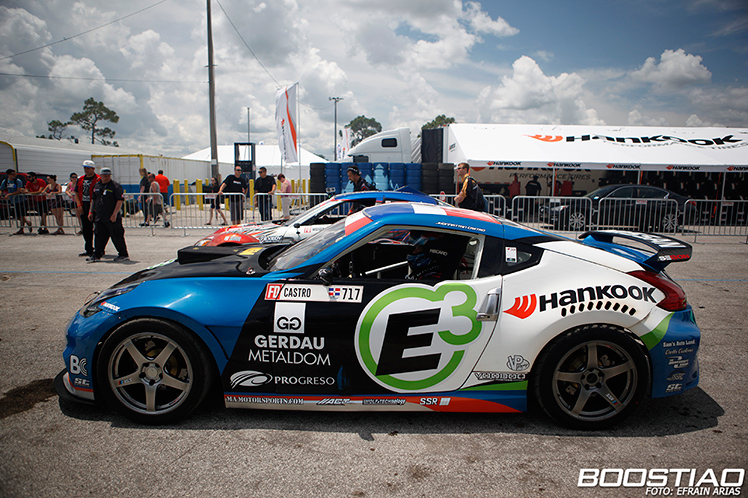 Although I had seen in the 350Z, it is the first time I see live Jhonnattan Castro in the 370Z V8 800 hp built and maintained by Chris Forsberg Racing and it is obvious that the experience that accumulated during his first three seasons is reflected in its handling, of course this is a much better car than the 350Z prepared which makes only focus on driving. 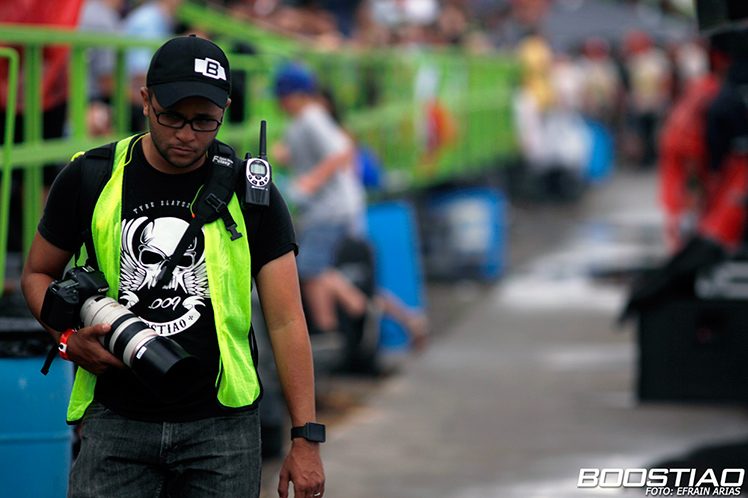 Orlando would be a new challenge not only for the drivers but also for the press and safety issues that had no access to the central part of the track.

Gustavo Arbona this was their first experience in Formula Drift, is that a great impression took. 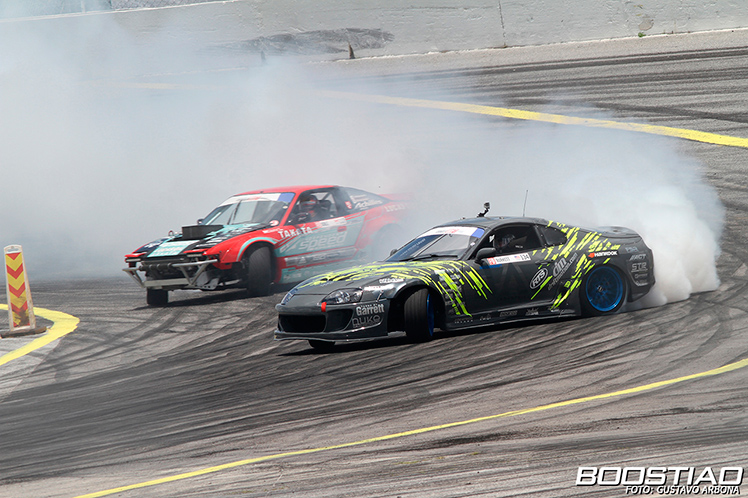 On this date also it gave the PRO2 start very interesting category where cars and drivers tremendous gathered. Many of the cars in this class have nothing to envy to the PRO1, with four dates in the championship becomes an interesting platform to make themselves known in the world of Formula Drift. 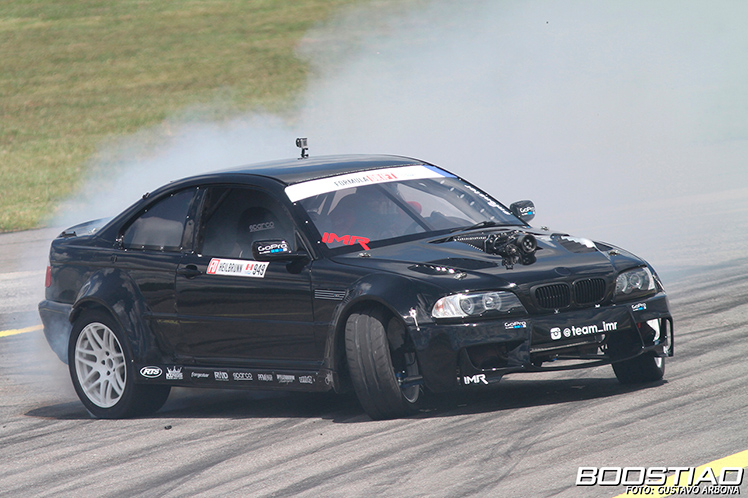 The Peruvian Alex Heilbrunn PRO1 dominated the category in his debut aboard his BMW E46 as powerful V8 supercharger. 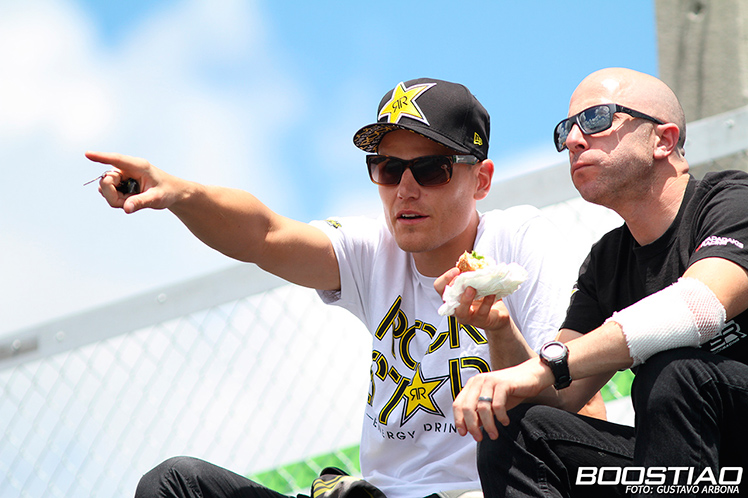 While we see PRO2 practiced several PRO1 as Fredric Aasbo take couple of tips which is the perfect layout on this track in Orlando. 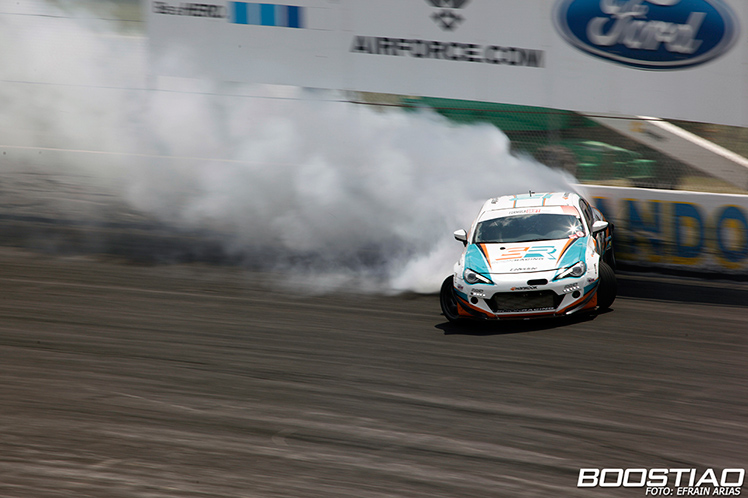 Ken Gushi came from their best results in years in Road Atlanta and brought that momentum to Orlando achieving first place in the rankings. 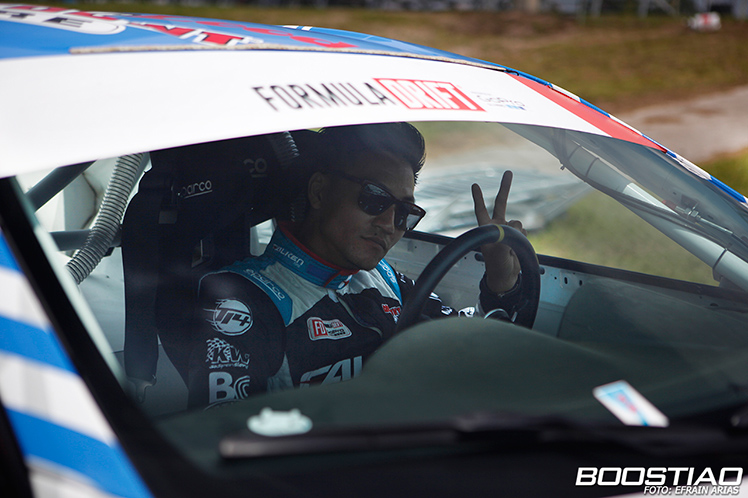 In the hot pit of Formula Drift you can see each driver having a good time before each run, Dai was one of those who always greeted every time I saw my lens. 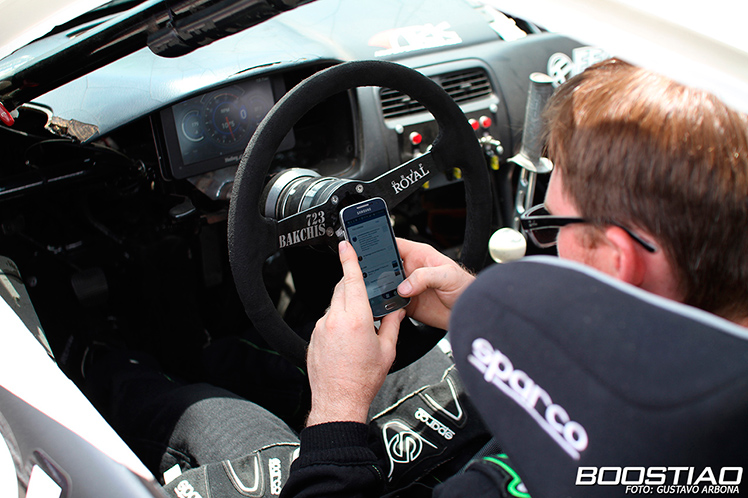 Odi Bakchis meanwhile Instagram advantage to check with your busy schedule these drivers do not stop working! 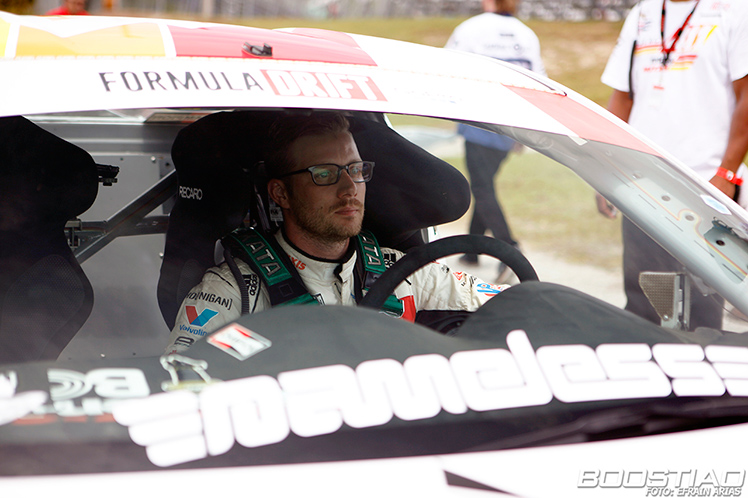 Tuerck Ryan looked very concentrated before the first practice of the day, I did not know it is that this would become one of the best weekends of his career. 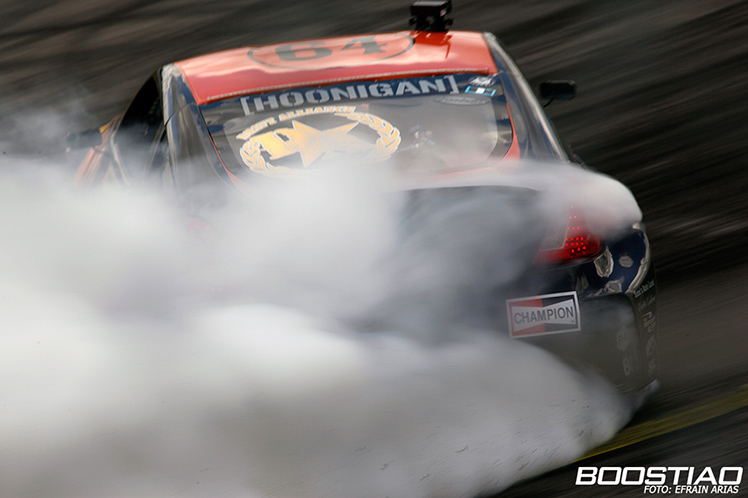 The 2014 champion Chris Forsberg had not the best start but at Road Atlanta the podium achievement and hoped to repeat the same in Orlando. 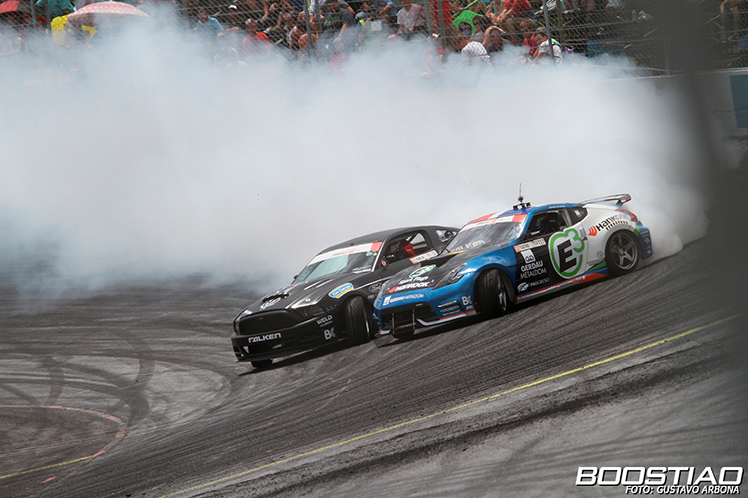 The top 32 was full of interesting battles, in his first battle of the day Jhonnattan Castro could advance to the Top 16 after beating Justin Pawlak in his Ford Mustang. 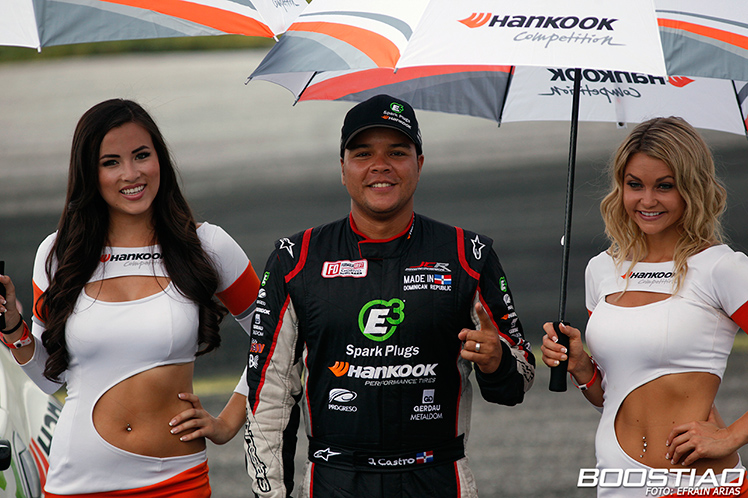 In presenting the Top 16 drivers we see a Jhonnattan Castro with a big smile, and who would not eh? 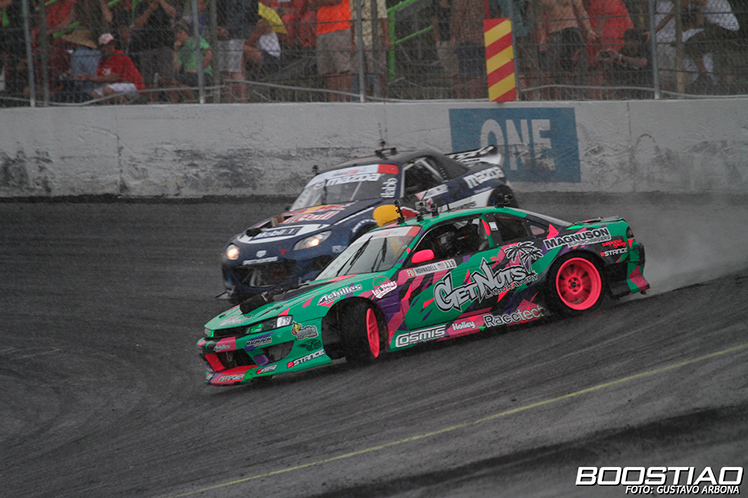 In the Top 16 come rain for the first time throughout the weekend, this bag rate many drivers, Mad Mike was surprisingly eliminated by Alec Hohnadell. 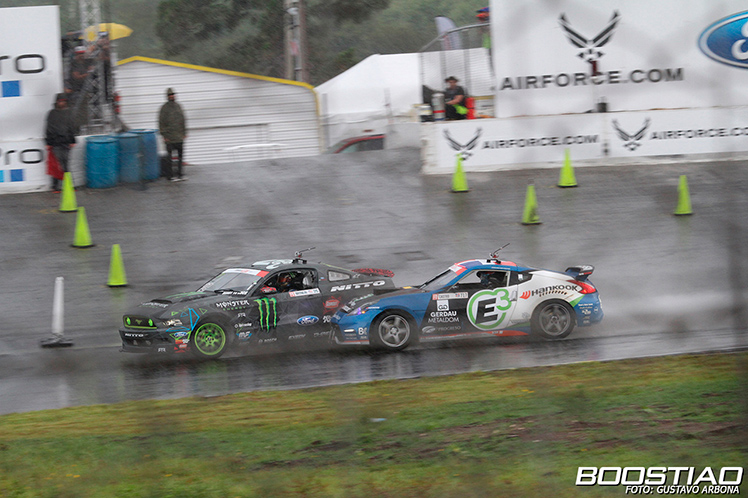 Castro would be affected by rain his battle with Vaughn Gittin Jr., but was eliminated this would be his best result this year, we will continue progressing during the year. 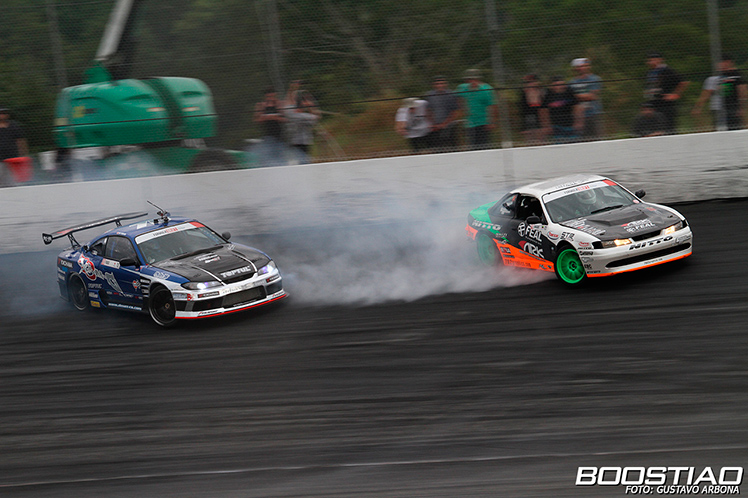 Personally, the pilot of the weekend was Masashi Yokoi who beat Aasbo in the Top 32 and then vanquish Odi in the Top 16. 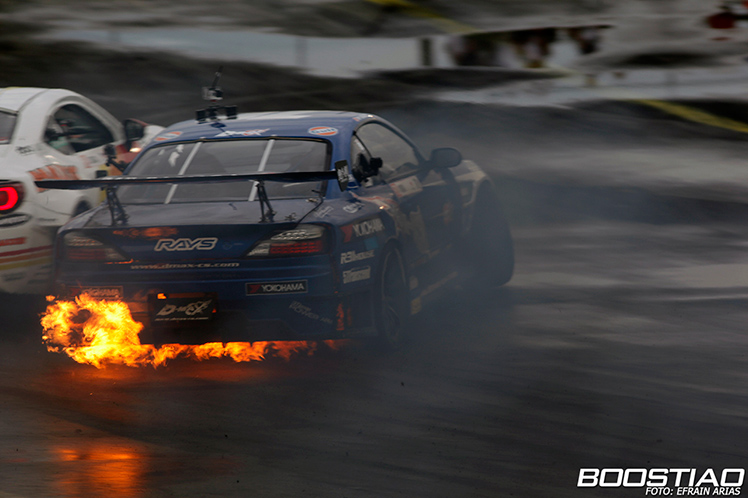 In the top 8 he would meet Ryan Tuerck and for some reason his car suddenly stepped off the banking incendiary, that would get him out of shape and lose a chance to advance. 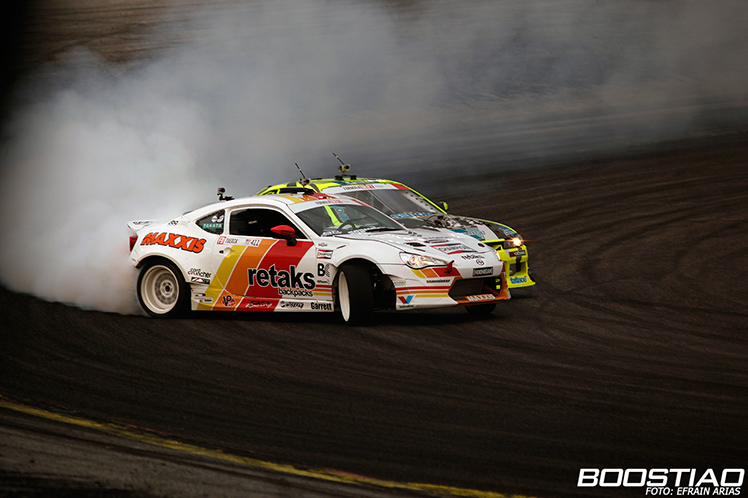 Ryan advance to the final after a nice battle with Matt Field on the top4. 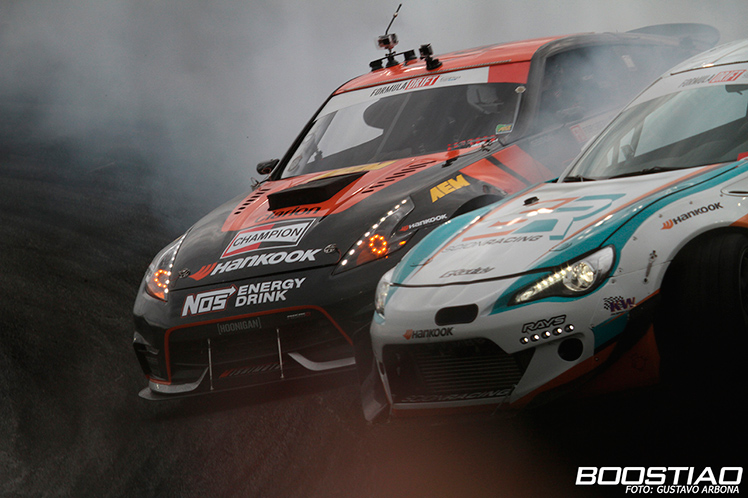 On the other side of the ladder Chris Forsberg and Ken Gushi would face to progress to the final, the two came to have a battle to 2 OMT in Atlanta where Gushi would have the best part. 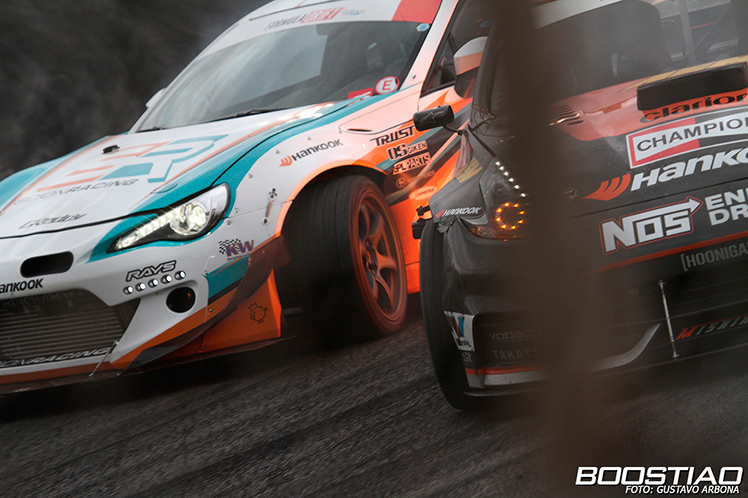 After a big run chase Forsberg, Gushi would make contact with Forsberg and for some reason the car Forsberg launch a flame of fire in its engine. 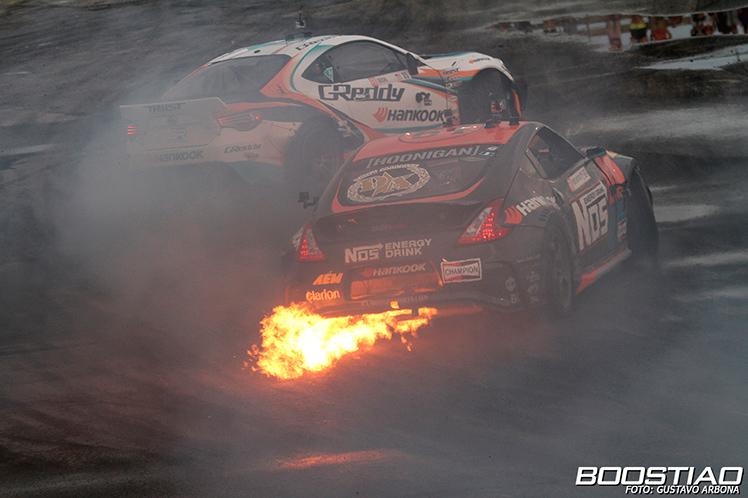 Forsberg seemed the 370Z is on fire and pressed the extinguisher which flooded the car foam and damage of auto electronics.

Forsberg advance to the final for the mistake of Gushi but could not face Tuerck in the final. 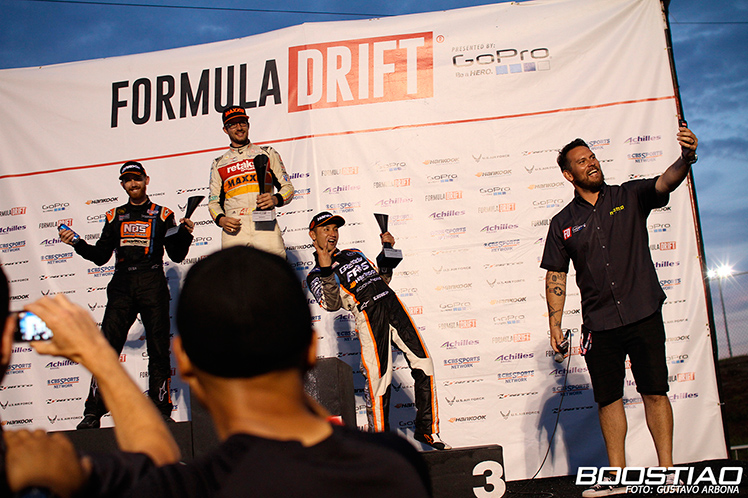 Gushi to be the top-ranked achieve the final spot on the podium, followed by Forsberg in 2nd and Ryan Tuerck victory. 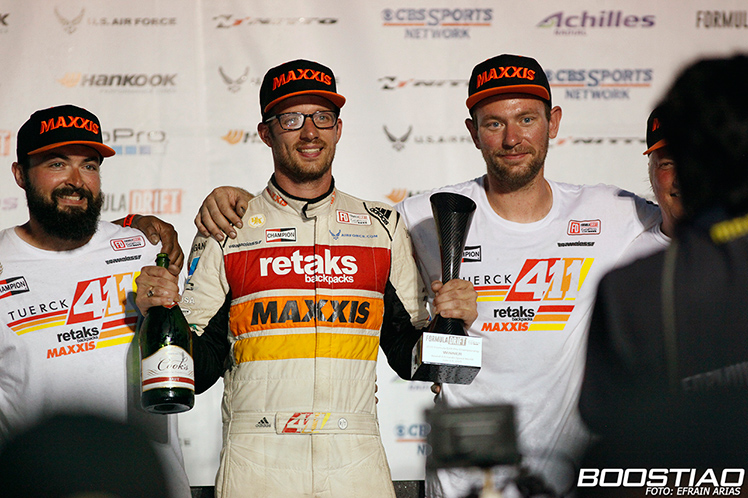 For the first time since 2009 that Ryan would rise to the highest podium! With this victory would be placed second in the championship. 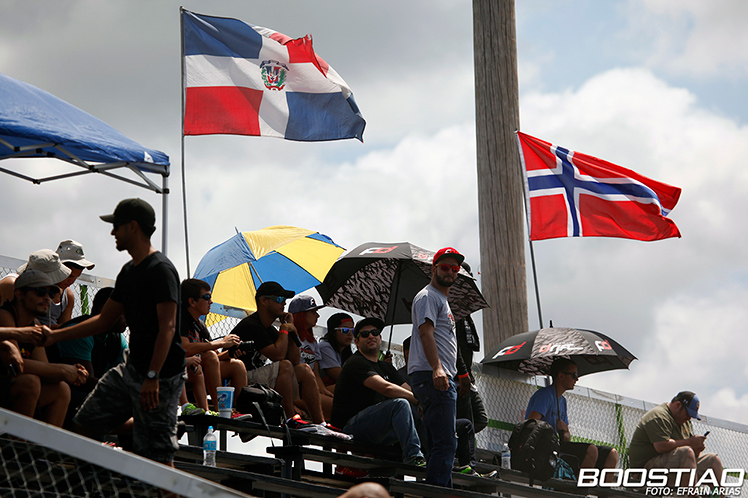 Under the Dominican flag was a great representation of equipment and Frodo Dominican Wood Drift Garage, then Omar Castellanos and several brothers of Puerto Rico would join. 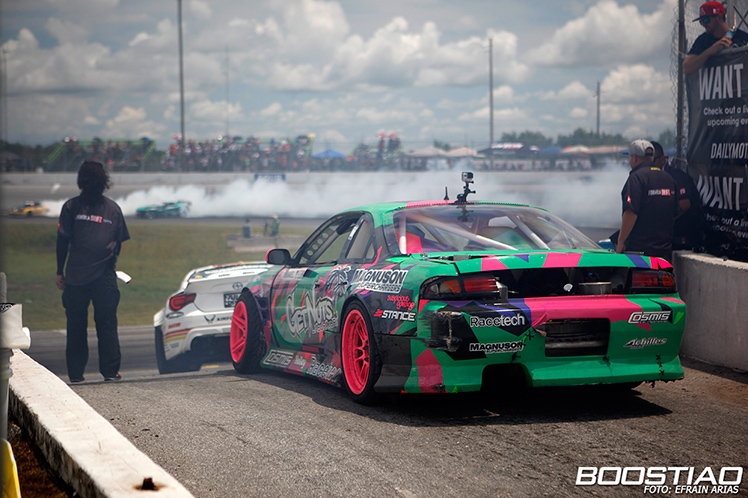 After looking closely at the current level of Formula Drift I can definitely give testimony that is the most important championship of the world drift. 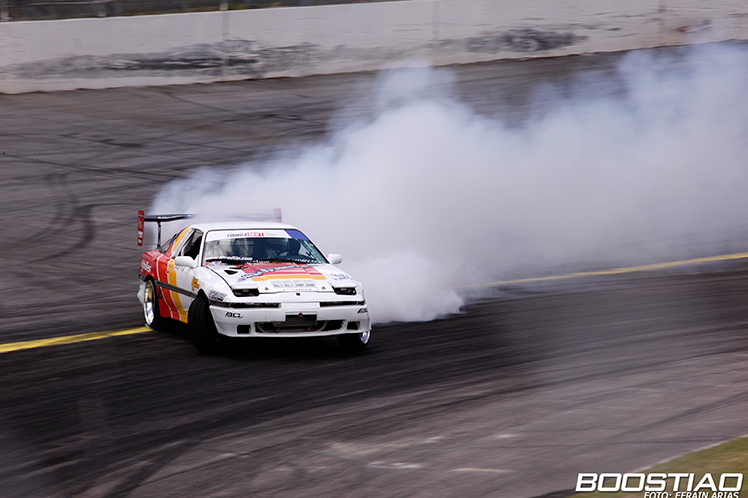 We hope to see soon more pilots Dominicans climbing the category PRO2 in the coming years, surely we will be very close covering their adventures.

Enjoy this extensive photo gallery of Formula Drift Round 3 Orlando.