San Antonio, Texas. – April 5, 2018 – The U.S. Air Force has renewed its partnership with Formula DRIFT for the 2018 race season. This marks the ninth consecutive season with the Series. 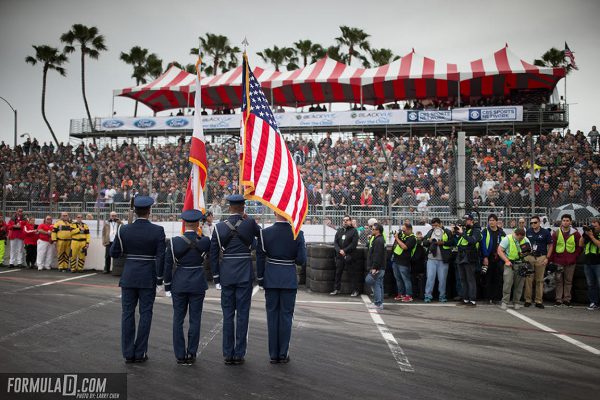 “We’re pleased to partner with the team at Formula Drift for another season,” said Maj. Ross McKnight, chief of the National Events Branch at Headquarters Air Force Recruiting Service. “Our involvement allows us to engage with individuals whose skills and interests are valued by the Air Force. Formula Drift fans appreciate speed, teamwork, and technology, all of which are inherent to the Air Force mission.”

“We are looking forward to having the United States Air Force return to the Series for 2018,” said Jim Liaw, President and Co-Founder of Formula DRIFT. “We’re proud to work with the Air Force and delighted that they see value and potential in a large, diverse fan base.”

The 2018 Formula DRIFT season opens this weekend with Round 1: Streets of Long Beach. Tickets are available and can be purchased via formulad.com