DALLAS, Texas ( September 13, 2018) – Formula Drift star Fredric Aasbo is poised to battle for the 2018 championship title at Texas Motor Speedway this weekend. He hopes to capitalize on his momentum from a winning Round 6 with a return to the podium in the Rockstar Energy Drink / Nexen Tire Toyota Corolla Hatchback.

“There’s nothing better than a close battle to the finish line and this championship is going to come down to the wire,”said Aasbo. “With the competition as close as it is, I need to give it everything I’ve got.”

Sitting just 30 points out of the leader’s position, Aasbo is within striking distance of the driver’s title with two rounds left to go in the season. The driver notched podium finishes in the first three events of the year, including victory at the season opener in Long Beach, and returned to the top step last month in St. Louis.

The Papadakis Racing team is a proven performer, with three championship titles to their credit — more than any other team in the series. With 12 event victories, Aasbo holds the lifetime wins record. A strong performance this weekend could lock in the Manufacturer’s title for Toyota.

“Our position in the championship is the result of really hard work by the entire team and support of our partners,” said team owner, Stephan Papadakis. “We’ll continue to focus to make sure all the details are perfect. We know we have a winning team, which gives us good confidence heading to Texas.”

Texas Motor Speedway is a second home for the team, with Toyota USA’s headquarters just a half-hour drive from the track. Competing in front of a hometown Toyota crowd brings an extra boost of confidence.

“Going into this event in Dallas, I already know the Toyota drivers have an edge,” said Aasbo. “Fan energy is something that is really motivational for us on track and we’re looking forward to having the best cheering section out there!” 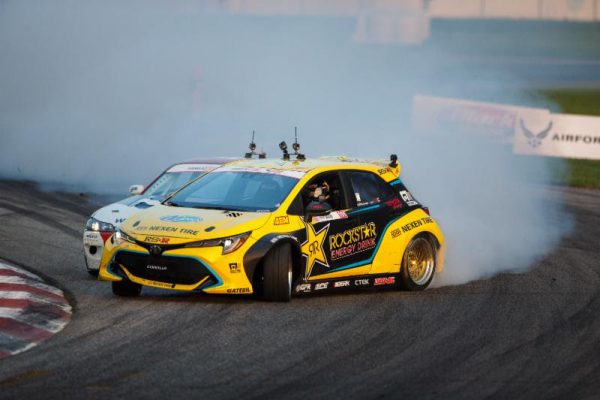 Fredric Aasbo is heading into Texas after a win at the most recent round in St. Louis.