Following the announcement made this morning at the annual Formula DRIFT media conference during the SEMA show, we are pleased to release the provisional 2020 FD calendar. As you will note, there are many familiar venues on the calendar as well as two big changes to highlight. 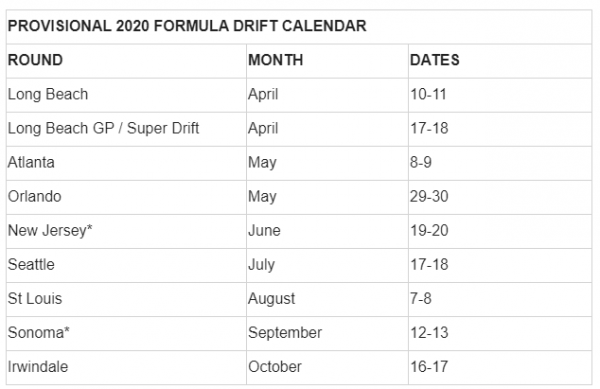 Sticking with tradition, the season will kick off on the iconic Street of Long Beach course, which always guarantees an intense opener thanks to the large crowd and proximity of the concrete walls. Taking place April 10-11, it is quickly followed by the Super DRIFT Invitational, which is a non-championship event for visitors to the 2020 Acura Grand Prix of Long Beach on April 17-18

The second round of the official FD Championship will see Michelin Raceway Road Atlanta move up in the schedule to take place on May 8-9. The stunning course with its challenging topography has been on the calendar from day one and remains a staple of the series. As does Orlando Speed World, which has seen a surge in fan numbers over the last few years and moves to Round 3 on the calendar.

It’s all change for Round 4 in New Jersey, which moves from Wall Speedway to its new location at the legendary Englishtown Raceway Park. Unfortunately, the series had outgrown the seating and paddock capacity at Wall, necessitating the move. 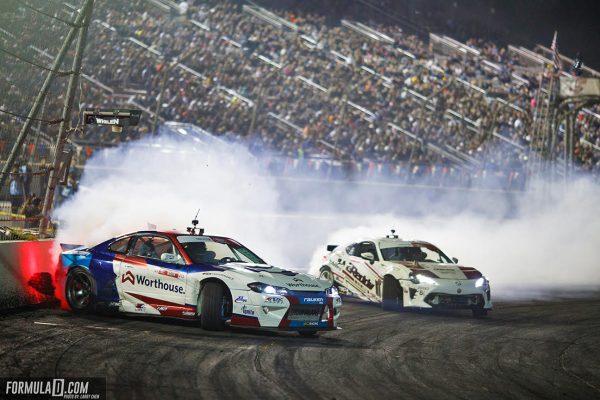 To accommodate Formula DRIFT, Englishtown will convert its famous NHRA drag strip into a floodlit drift arena, reflecting an unprecedented commitment by the track owner to the sport of drifting. Not only will this create an incredible showcase for FD, it will also provide considerably more paddock space for the teams and more than double the seating capacity. The new drift arena will be constructed between the drag strip grandstands, incorporating the drag tower and tunnel as part of the course, creating a wonderful, illuminated spectacle for the live audience and livestream viewers.

“We’re extremely excited to announce our multi-year partnership with the number one drift competition series in the US,” said Michael Napp, owner and president of Raceway Park. “Located in the heart of New Jersey between New York and Philadelphia, we aim to become the premier venue for Formula DRIFT on the East Coast. Our facility features seating, concessions, and permanent restroom facilities for more than 20,000 spectators, plus VIP suites, a spacious paved pit area, ample spectator parking and, best of all, a brand new, fully illuminated drift track. We want to thank Formula DRIFT for giving drivers a series that creates true world champions. We look forward to seeing everybody in 2020!”

For Round 5, the series will return to Seattle, continuing a multi-year relationship and a very popular leg of the national tour. Similarly, St Louis returns to build on the growing audience at a venue that serves the Mid-West with an impressive new course configuration and facilities at the World Wide Technology Raceway. 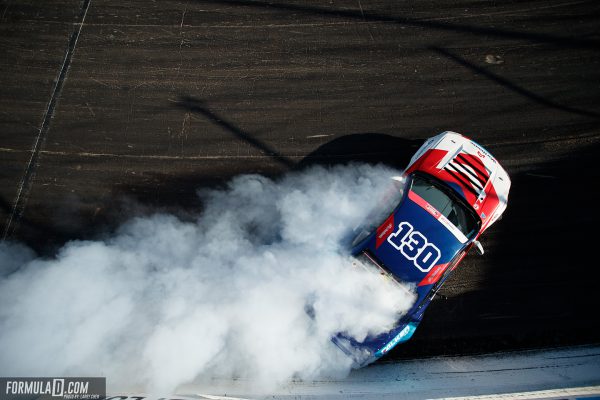 The next big change is Round 7, which will see the Texas event replaced by a move to the Sonoma Raceway in Northern California. This has been done in the spirit of returning the sport to a market that was once popular. The local area has also seen a significant increase in both the popularity of the sport and its population since FD last competed at the venue. For 2020, the teams will utilize a different section of the Raceway than was originally used by FD. After signing a multi-year deal, the switch to Sonoma Raceway will bring a number of benefits, including double the seating capacity of what FD was able to build at Texas Motor Speedway.

Keeping with tradition, the 2020 Formula DRIFT Finals will once again be held at The House of Drift – otherwise known as Irwindale Event Center near Los Angeles. The facility has housed the Finals since FD’s creation in 2004, and we’re delighted to continue the 16-year relationship. 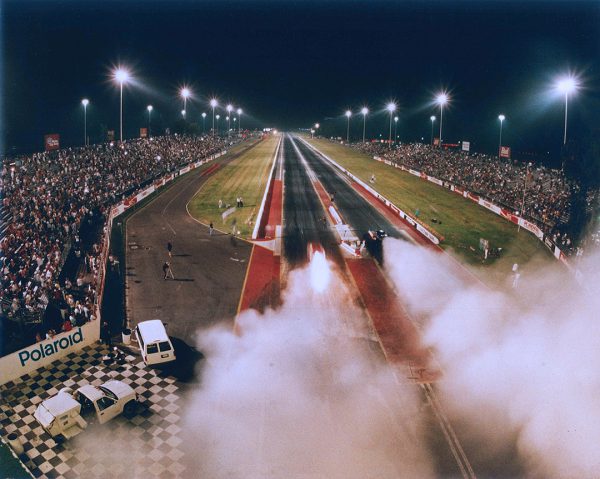 “We’re extremely excited about the changes we’ve made to the 2020 calendar,” said Jim Liaw, Formula DRIFT president. “We are one of the rare US motorsport series that is seeing continued spectator growth and the new venues will allow us to accommodate more fans and provide an improved fan experience. It will also help us to provide more value to the teams and sponsors. We look forward to another intense season as the teams and drivers get to grips with the new courses.”