“This was a big moment for us. You can’t hide from the number on the engine dyno,” said Papadakis. “Until now it has all been theoretical. Running the engine on a dyno gave us a chance to put that theory to the test.”

In this episode, Papadakis achieves his goal of tripling the stock power output. The 1,033 horsepower result is a validation of a four-month journey to explore the all-new Supra inline-six engine.

“This kind of project is about exploration and the process is about edging toward the limit,” said Papadakis. “We’ve set a new benchmark now, but it’s far from over. Watch this space.”

After pulling the stock engine from a new car with barely 500 miles on it and tearing it down for the first video this summer, released just weeks after the all-new Supra hit dealerships, he sourced and manufactured key upgrades for Episode 2. For the third episode in the YouTube series, he guided viewers through the assembly of the modified B58 motor.

Dyno testing for Episode 4 took place at Mountune USA, a facility near Papadakis Racing’s Southern California workshop that has an engine dyno capable of holding 1,000-plus horsepower. The process was not without its challenges, which Papadakis details in the video.

Earlier this month, Papadakis took the project to the Toyota booth at the 2019 SEMA Show in Las Vegas. There, he delivered an unprecedented daily livestream of the build from the show floor. Starting with the bare block on Wednesday, he worked to assemble the project engine for two hours each day until it was complete on Friday.

The 2020 Toyota GR Supra engine is all new. It comes equipped from the factory with a turbocharged inline six cylinder 3.0-liter engine rated at 335 horsepower and 365 lb.-ft. of torque. The brand new B58 engine follows the beloved 2JZ model from the previous generation Supra. First introduced in the 1990s, the 2JZ engine enjoyed more than 20 years of production. It remains a favorite of the aftermarket, with many tuners and racers still modifying it today for high-performance builds.

“It has been really exciting to dig into a brand new engine that doesn’t have an established roadmap to extreme performance,” said Papadakis. “It’s fantastic to have achieved our goal in such a short time and we’re already thinking about what happens next: there’s a lot more potential in this engine that we haven’t even begun to explore.”

Subscribe to https://www.youtube.com/user/PapadakisRacing to be notified as new shows are released to the channel.

On YouTube, Papadakis has found a strong audience for his regular content uploads focusing on the technical side of racing and vehicle performance. Channel content has generated millions of views over the past few months and has topped 300,000 subscribers.

This four-part video series is a production of Red Team LA in collaboration with Papadakis Racing. 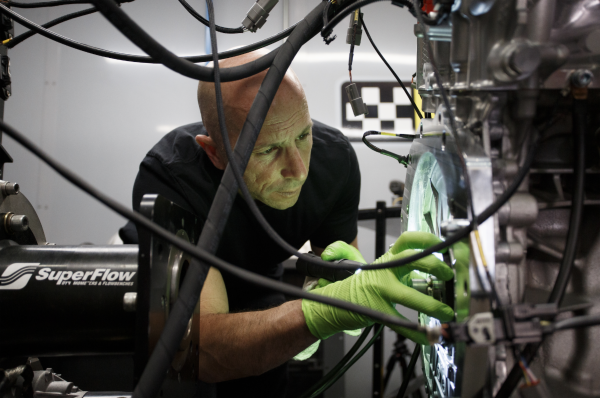 Stephan Papadakis works on the dyno for Episode 4 of the Supra engine build series. 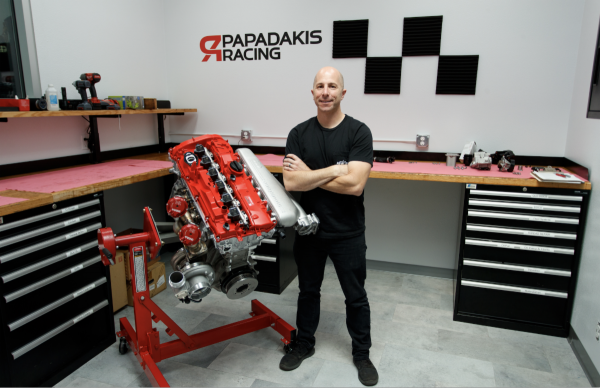 After four months of development, Stephan Papadakis has reached his 1,000 hp goal with the all new Supra engine.