October 18-19 Marked the final round of competition for Formula Drift in 2019. Drivers and teams returned to sunny Southern California, the home of FD to do battle one last time. The weather was perfect, the points were tight, and the stage was set for a fantastic event. 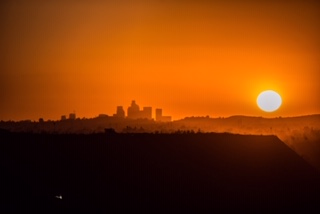 For Taylor Hull and his crew, the event would start Wednesday morning where they began maintenance on the Cadillac. Unfortunately their engine had suffered a failure in the last run of the previous round in Texas, but thanks to Comp Cams and many of Taylor’s other partners, the team had a spare engine that they were able to install quickly. 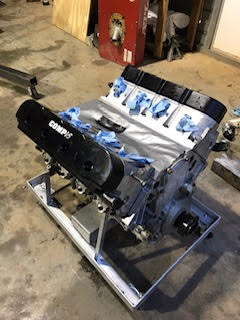 With practice beginning on Thursday and the maintenance of the car behind them, the team felt ready. After one slow lap check the health of the drivetrain, the Cadillac was set free. Much of Thursday practice was at night for the final round, which was a welcomed change. Both Taylor and the Cadillac looked comfortable and navigated the course better than ever before. 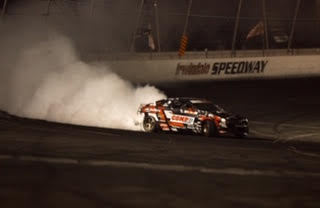 When Friday practice began around noon, the track temperature and rubber accumulation changed the grip level on the racetrack significantly. It took several laps, but crew chief Nick Gross and Taylor worked together to once again find balance in the car. 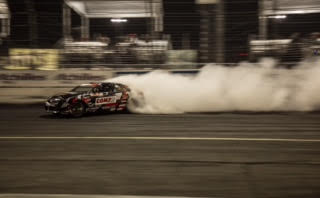 Hull has come to know the importance of qualifying very well in 2019 after several events landing 27-30th resulting in very challenging battles in the top 32. Taylor was focused and ready to go when his time came to go. Hull displayed a high level of commitment, putting his car high on the wall in the very fast first turn and doing so again on the second outer zone, which has claimed so many cars over the years. It was the best lap he had turned all weekend, and the team was sure that they would be awarded a high score. Unfortunately, the run was scored at only a 79 and while Hull held first place through the first 12 competitors to go, he would end up falling significantly. Taylor’s second qualifying run was less impressive than the first, he pushed hard, but made slight contact with the wall which affected his line through the rest of the course. Surprisingly, he did receive a higher score which Would land him in the 23rd position. 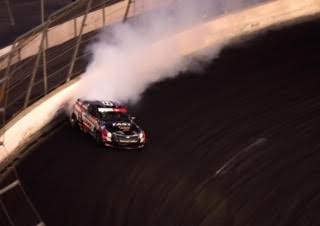 Saturday was competition day at Irwindale Speedway. Final practice went well for Hull and he felt prepared for the upcoming fight. For the second time this year, Taylor was slated to do battle with Fredric Aasbø, who was second in the overall standings. 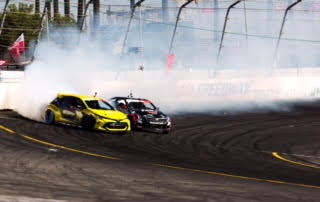 Fredric was the higher qualifier, so he would lead first. After getting off to a great start on the run up to initiation, Hull pushed his Cadillac to try and catch up, and spun the tires losing a bit of ground. He would catch back up to Aasbø over the next two turns and apply the pressure throughout the second outer zone, even making some door to door contact. Both drivers finished the run cleanly and lined back up for Taylor‘s lead. This time the Cadillac would not struggle on the run up and a small gap was established in turn one. Fredric navigated well through the Achilles tire smoke and set his sights on the Comp Cams logo adorning the door of the ATS-V making his move. Hull made quick work of the final two turns, dragging his rear bumper along the wall with Aasbø in tow. 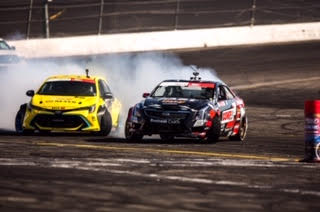 In the end, Fredric Aasbø was awarded the win, knocking Taylor Hull out of contention. Hull had these comments following the battle. “That was incredible! I wish I wouldn’t of spun the tires at the start while I was chasing, but to be able to catch back up and actually touch his door was a really good feeling. I felt like my lead run was really solid, I guess The gap he pulled on me initially was probably too much to overcome. It was outstanding to give Fredric a hard battle. This has been a dream season compared to last year, I’m so proud of the progress we’ve made, I’m proud of our team, and I just want to thank our fans and our partners from the bottom of my heart. I already can’t wait until Long Beach!” 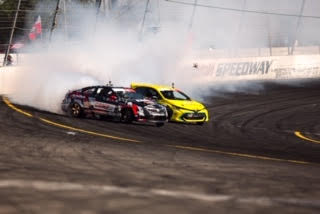 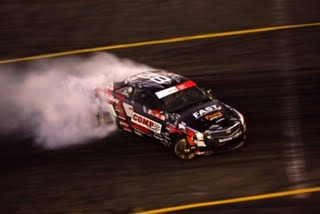 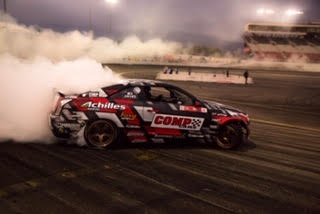 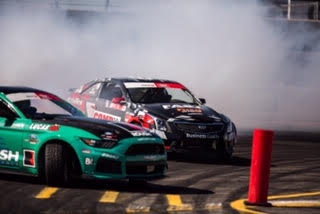 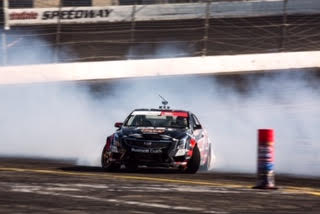 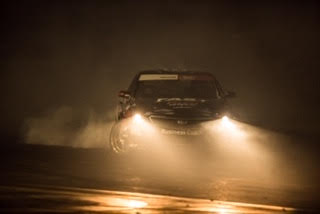