Formula Drift wrapped up their 16th season of competition with the season finale event at Irwindale Speedway, just east of Los Angeles, CA, on October 18th and 19th. While the results from the season finale weren’t quite as strong as many of the Nitto drivers had hoped for, the aggregate results of the season lead to some additional awards as earned through results, voted on by the fans, or voted on by the teams and staff who have been on the grid alongside the competitors through the entire season. 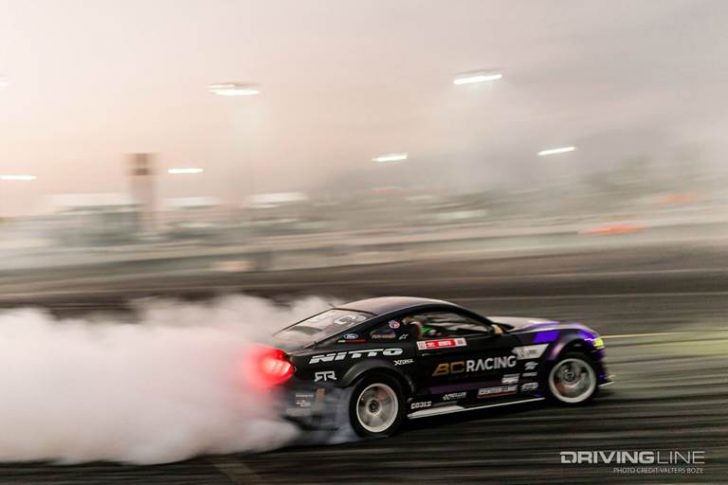 Here’s a quick look at some of the awards that the Nitto Tire drift team earned through the season. 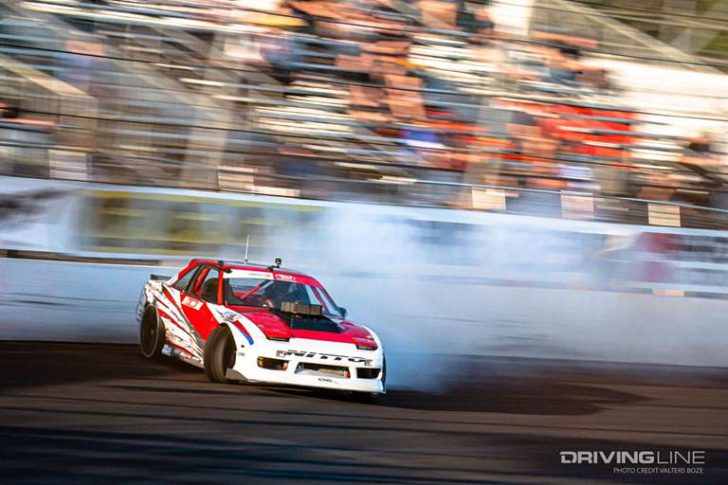 It wasn’t without overcoming some hurdles as the electric-powered Chevy Camaro EL1 he debuted that the Napoleon Motorsports team built wasn’t allowed to compete at the first round in Long Beach, California, but the team bounced back to make history in Atlanta by becoming the first electric-powered drift car to qualify and compete in a tandem battle in any drifting sanctioning body in the world! Reeder would end up competing in the same Nissan S13 drift chassis that he piloted in PRO 2 and he earned his PRO license that put him on our “drivers to watch for in 2019” list in a majority of the rounds as the Camaro EL1 was sidelined for some upgrades, albeit with some upgrades in horsepower and grip with the help of the Napoleon Motorsports team, but we expect to see the Camaro back and much more competitive in 2020! 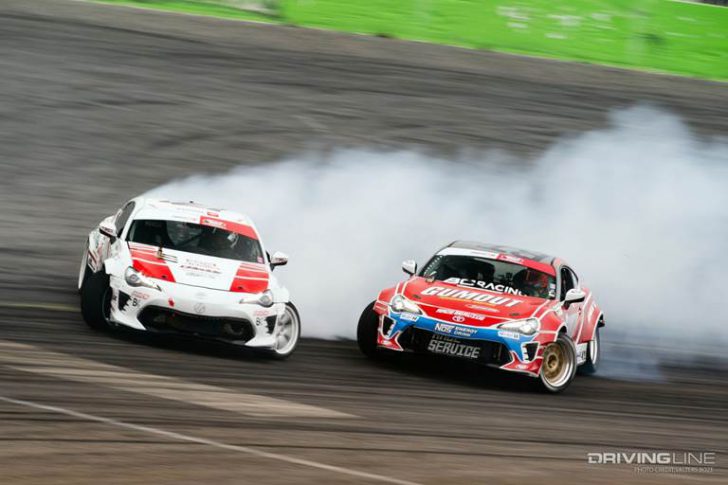 Ryan Tuerck was a big contributor towards this championship as he was one of the top two Toyota chassis at every event except Long Beach. Ford came in second in this championship for the third consecutive year, with Vaughn Gittin Jr. and Chelsea Denofa driving the highest placing Ford cars at six of the eight events this season.

Comeback of the Year: Ryan Tuerck (determined by biggest improvement from qualifying to tandem)
Ryan Tuerck had an equally challenging season, totaling the chassis that he drove for the previous six full seasons in a run-in with a tire barrier in the last run of practice at Long Beach. After the team thrashed to upgrade his “street car” into a competition spec, Tuerck would find the podium in Atlanta and would end up taking the event win at Wall, New Jersey just one event later. 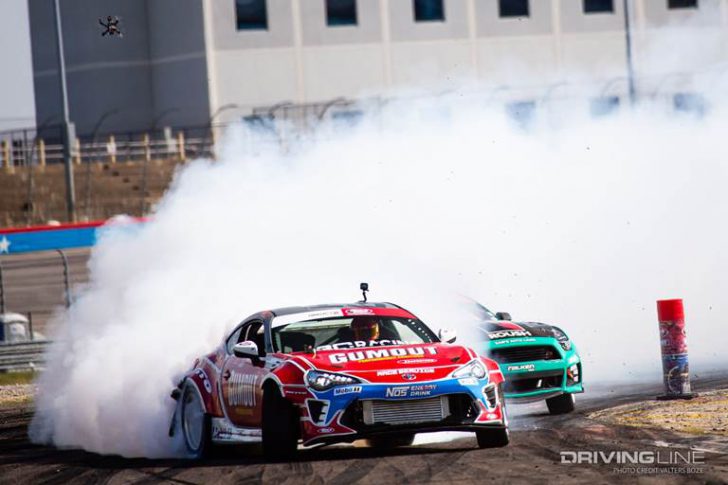 The comeback of the year award however was awarded based on his performance at Texas Motorspeedway, an event where his Nitto Tire teammate Chelsea Denofa won. This award is calculated based on the qualifying position and the biggest improvement through tandem results. Tuerck qualified 29th in Texas, but won two tandem battles to finish in 8th place overall, an improvement of 21 positions. Tuerck defeated Justin Pawlak in the Top 32 and Joao Barion in the Top 16 before losing to his teammate and close friend Chris Forsberg in the Top 8. Tuerck finished the season in 5th position overall, 4 championship points ahead of his close friend, teammate, and three-time champion Chris Forsberg and just 122 points behind the 2019 champion James Deane. Last season, Tuerck finished in 6th place overall, 215 points behind Deane, showing just how much more competitive he was this season.

Best Drifting Style: Chelsea Denofa (voted on by peers)
Chelsea Denofa has always driven with an aggressive, never-lift style that fans always love, but for the first time, Denofa was recognized by his peers for his style. 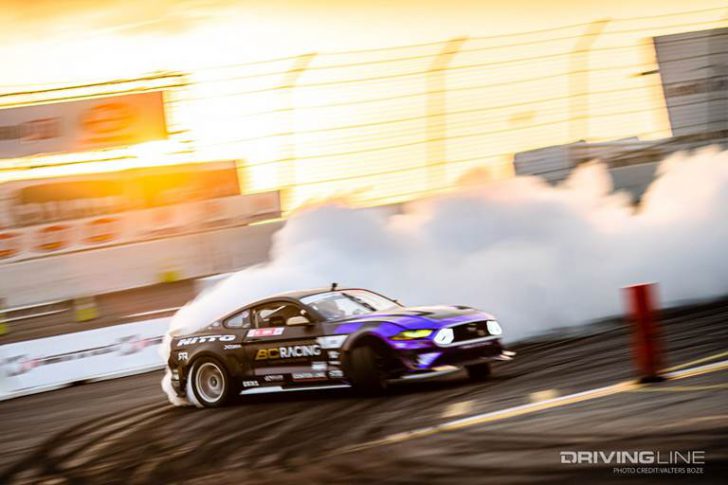 Denofa won the event in Texas due in large part to the huge angle he was throwing coming out of the power alley that no other driver could match, and he earned the top qualifier position in Irwindale in part due to that same intensity and style. Denofa has really looked comfortable in his Ford Mustang RTR over the past few events of the season, and should be considered a serious threat to the championship in the coming years! 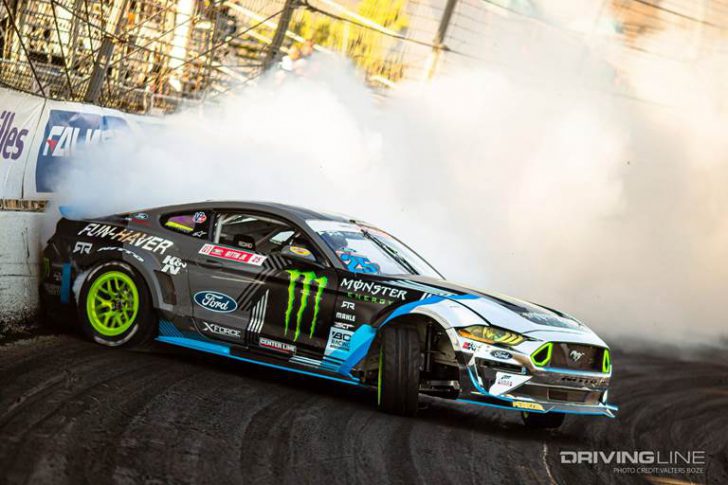 Gittin Jr. debuted a chrome “nose” element to his livery on his Ford Mustang RTR demo car at the Goodwood Festival of Speed in England, then continued the look at the Evergreen Speedway round and kept the look through the end of the season. Gittin Jr. takes a lot of pride in styling each of his cars, particularly since launching his RTR “Ready to Rock” brand in 2010 and releasing new parts for Ford Mustangs that can be purchased at a local Ford dealer ever since. Who knew that the self-proclaimed “Professional FunHaver” could also be the fan-favorite car styling king as well?

Crew Chief of the Year: Tony Clark with Team Nitto/RTR (hard card voted)
Tony Clark acts as the crew chief for both Vaughn Gittin Jr and Chelsea Denofa, and both drivers saw a good amount of success this year. Clark has been involved with Formula Drift and Vaughn Gittin Jr’s team for several seasons now, but this is his first time being recognized for his efforts. 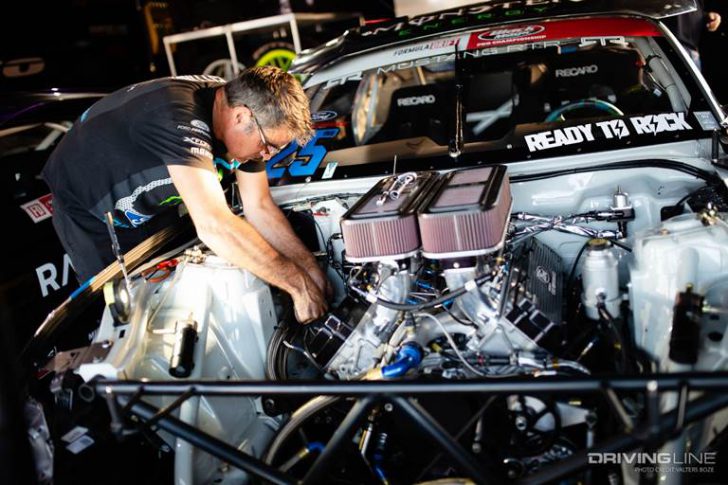 This award is voted on by the drivers and crew members who work beside Clark in the pits and at each race, effectively his peers, which is a huge honor for someone who is behind-the-scenes.