With the smoke still clearing from the Final Round of the 2022 Formula DRIFT PRO Championship, the series is announcing its 2023 schedule today at SEMA in Las Vegas.

In addition to the schedule announcement, Formula DRIFT is celebrating its landmark 20th Anniversary in 2023 and will introduce a number of important updates to the series, which will have a significant impact on teams and fans alike.

One of the first major changes is the removal of the 37 driver cap on both the PRO and PROSPEC Championships. This will allow more teams to enter the series but makes qualifying more crucial than ever as only 32 drivers are able to compete in the head-to-head competition.

The teams that do qualify will be excited to learn that the PRO Prize Purse has been increased, with the payout per round doubled over 2022. And the 2023 PRO Champion will receive a significant $50,000 reward for their achievement.

Fans of the sport will be able to follow their favorite teams and drivers thanks to the creation of the official Formula DRIFT Podcast. Hosted by Jacob Gettins, he’ll talk to leading protagonists as the season unfolds.

In a move that signifies the maturity and longevity of the series, Formula DRIFT has announced the creation of the Formula DRIFT Hall of Fame. The first inductees will be honored at the 2023 opening round in Long Beach. And each inductee will be awarded a unique FDHOF ring, which will be custom-made for the recipient, encrusted with diamonds and gemstones to a value of $10,000. 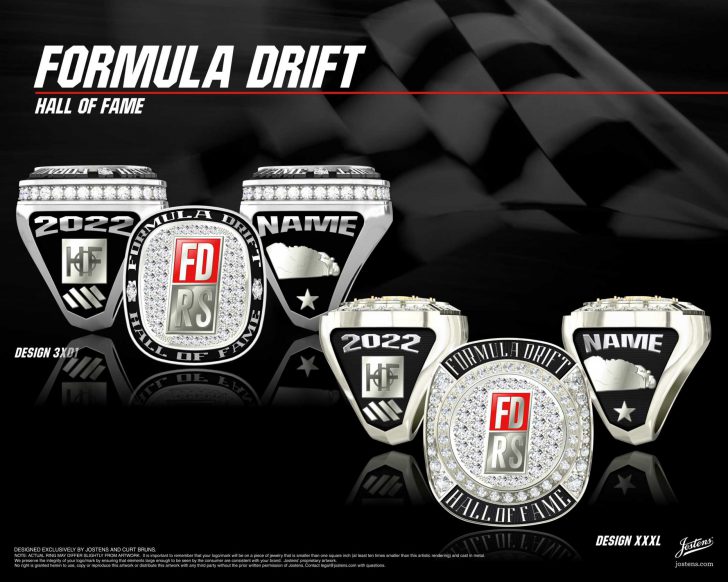 Furthermore, a Formula DRIFT monument will be erected in downtown Long Beach to commemorate the sport, and the name of each Hall of Fame inductee will be etched into the monument to preserve their part in history.

With celebrations planned for individual events and some special announcements to be made before the start of the 2023 season, the Formula DRIFT 20th Anniversary promises to be truly unforgettable.