As the 2023 Formula DRIFT season ramps up to the start of the series’ 20th anniversary, fans are able to visit the official website at formulad.com to purchase tickets for seven of the eight championship rounds. Currently, tickets for the FD PRO Championship Final at Irwindale Speedway in October are scheduled to go on-sale in the near future. However, the opening round on the Streets of Long Beach city course is just ten weeks away and tickets sell out fast, so we urge fans to purchase early to avoid disappointment. 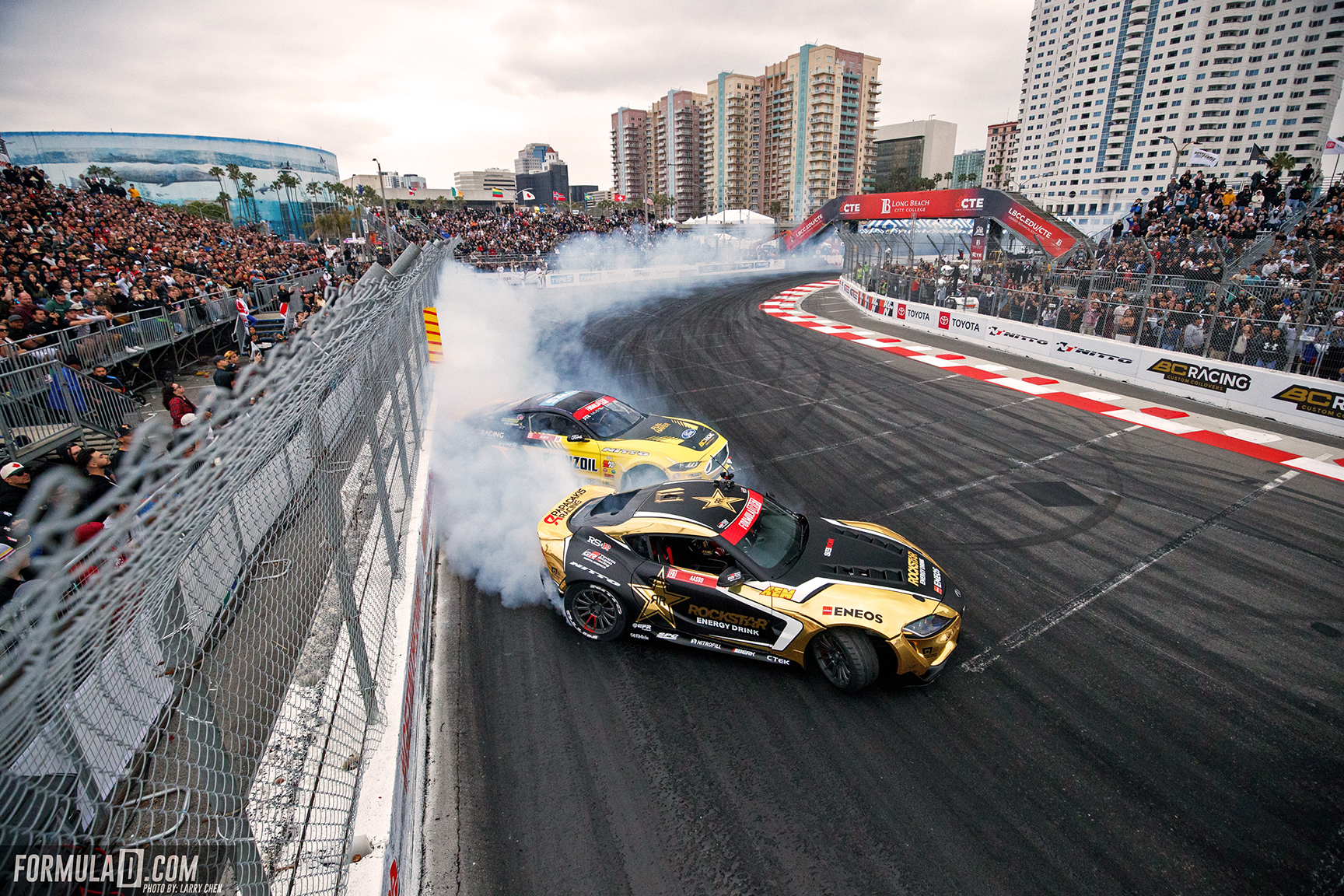 With teams and drivers continuing preparations for what promises to be the most exciting season in two decades of close fought competition, the Long Beach round will give everybody a chance to see the new teams, cars and liveries among the contenders for the Formula DRIFT PRO Championship. Round Two at Michelin Raceway Road Atlanta on May 11-13 will also see the opening round of the FD Link ECU PROSPEC Championship. And with the limit on eligible teams lifted, allowing more drivers to qualify for competition, spectators are again promised an action-packed weekend of non-stop drifting.

As always, Formula DRIFT attendees are able to watch the intense Formula DRIFT action and visit the paddock to rub elbows with the teams, join the driver autograph session, visit the vendor area, grab some food, and find inspiration at the Tuning 365 car shows that take place at each round. Dedicated fans can also sign up for a VIP package, which includes a track walk and collectible Formula DRIFT items, while keen photographers can join one of Larry Chen’s photo experiences. Details of all the ticketing options are available at formulad.com/schedule.

“We’re getting impatient to start our 20th anniversary season at Streets of Long Beach,” said Ryan Sage, President of Formula DRIFT. “We’re confident this will be the most spectacular season of what’s been an incredibly exciting 20 year run. We’ve already announced a few of the changes for 2023 but there are still a few surprises to come that will make the season and the Championship title chases even more compelling. And with the opening round in Long Beach traditionally being a sell-out event, we strongly encourage fans to purchase tickets online while they can!”