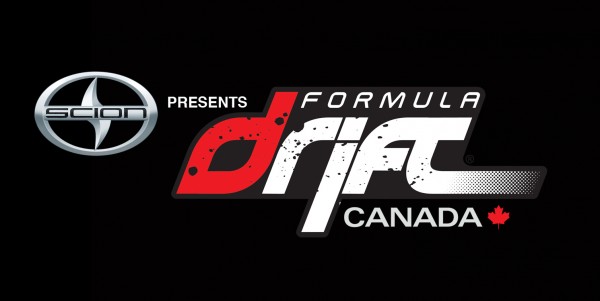 ‘The inauguration of Formula D Canada with a World Championship round held on Canadian soil represents a whole new step in the evolution of drift in Canada.  This expansion is only possible due to the passion Quebecers and Canadians hold for the sport,’ – Ben Woo, vice-president of sales and marketing for Formula D Canada.

In order to welcome the large number of spectators expected for the Formula D World Championship, the St-Eustache Autodrome will augment its seating capacity.  The event will also be live streaming on the Formula D website: www.formulad.com./live/

Scion Canada has been supporting Formula D Canada since its inception in 2014 and has become its main sponsor in 2015.   Scion Canada also supports drift pilot Pat Cyr and his Scion FR-S.  In 2015, his race car will be receiving a brand new 2JZ-GTE engine capable of 1000 horse power.  It also possesses a Wisefab made exclusively for the FR-S which produces an exceptional power and direction.

Formula Drift is currently in its 12th season and is renowned and recognized as the international leader of drift championships.  After having started in the streets of Japan, drifting has evolved to become a worldwide automotive sport which challenges driver skills in vehicle control.  Formula Drift provides a platform for professional dirft racers to compete on a national level to claim the coveted Formula Drift champion crown.  As the world leader in drift racing, Formula Drift pushes the sport to its extreme and attracts all levels and types of auto enthusiasts.  To obtain more information on the calendar of events and tickets, visit www.formuladrift.com.