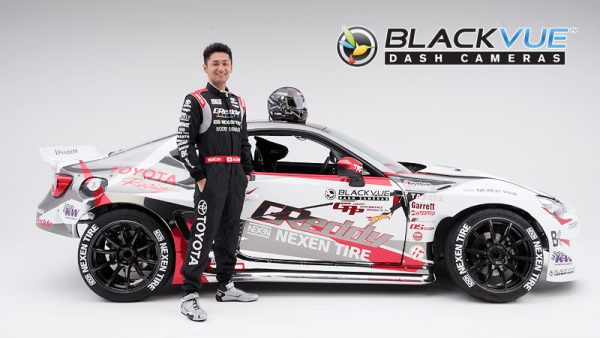 During its first year as presenting sponsor, the representatives of BlackVue, the dash cam brand designed and manufactured by Pittasoft in South Korea, had the chance to be introduced to great personalities from the drift scene. Chief among them was Ken Gushi, driver of the number 21 Toyota 86 for GReddy Racing. END_OF_DOCUMENT_TOKEN_TO_BE_REPLACED

Come to 86FEST THIS SUNDAY Oct 7th at AutoClub Speedway and get FREE TICKETS to Formula D Irwindale! Motor Mavens is giving out FREE FORMULA D TICKETS to 300 lucky people! Ken Gushi and the GReddy Racing team will all be there, so you won’t want to miss out! GReddy will also be giving you a chance to win a signed team jersey and a ride in the GReddy Racing FR-S!

Head to www.86fest.com for more info!