With the 2015 Formula Drift season complete, we saw throughout this year some amazing performance all across the board with all Yokohama Tire sponsored drivers in 3, yes, 3 different countries! With the FD season taking place in USA & the World Championships being held in Canada & Japan, the world witnessed some of the best drift battles, ADVAN AD08R tires in action and of course,Team Yokohama taking home some awards.

END_OF_DOCUMENT_TOKEN_TO_BE_REPLACED

You Speedhunters out there can get a pretty good idea of what actually happened at Formula Drift Texas from watching the live stream, or afterwards on demand. However, there is only so much you can experience unless you’re actually there on the ground. Here are 50 moments in time that I captured from the ‘One More Time Fest’ in Texas.

Above: Due to the 10 OMT battles, Formula Drift Texas had the longest Top 16 in the history of the series. Although it did provide for some epic battles, including Ken Gushi chasing down ‘Fast Kenny’ Moen.

Tandem donuts never looked so good. Fredric told me he thinks the drivers have grown up a bit as they have stopped doing so many donuts during the Top 16 introductions. The reason? They want to save their cars for the competition.

END_OF_DOCUMENT_TOKEN_TO_BE_REPLACED

When they say everything is bigger in Texas, they mean it and that includes the epic battles of Formula Drift Round 6: SHOWDOWN in Texas.  With all said and done, we are proud to announce that Yokohama Tire’s Masashi Yokoi & his S15 Silvia took the round by surprise.  All season long, the rookie has shown much potential he has with aggressive angles, battles, and true Japanese fighting spirit. In Texas he finally rose to the occasion locking in his first ever Formula Drift win!

END_OF_DOCUMENT_TOKEN_TO_BE_REPLACED

The phrase, “Everything is bigger in Texas” is a fitting description for many aspects of Texan culture. Hosting 9 “One more time” rulings, the Top 16 competition at the 6th round of the Formula Drift championship was no different. 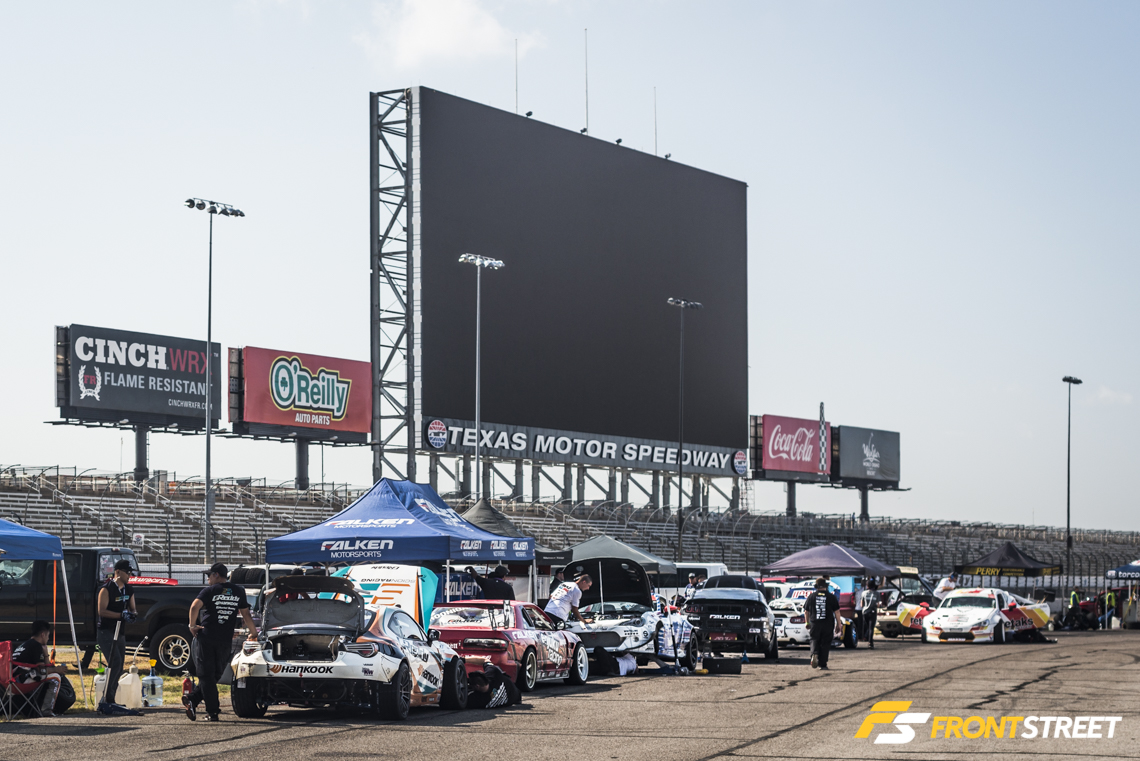