Long Beach, Calif. – February 18, 2010 – Formula DRIFT has revamped the company’s current website, www.formuladrift.com, with updates to current features as well as adding a new component to the website, “FDTV”.

The Formula DRIFT website redesign includes updated streaming news and press releases on the homepage, further optimization of the Pro Championship schedule component, and integration of Twitter updates from the Series and featured guests.

One of the most robust new features integrates a new video player on the homepage that incorporates both Vimeo and YouTube videos proprietary to Formula DRIFT. The viewer also acts as a player and browser for Formula DRIFT TV shows that have aired on G4, ESPN2, and SPEED. Formula DRIFT will progressively release TV shows to the player and fans can watch those shows directly from the Formula DRIFT website. The 2005 season featured on G4 has just been released and subsequent years will be released throughout the season.

“We are really happy to put out our older content for fans to view. In this age, DVDs just didn’t make sense for us and why let all the old shows collect dust after the shows have served the purpose both domestically and internationally,” said Ryan Sage, executive vice-president and co-founder of Formula DRIFT. “We believe this type of content engagement with fans and our content will not only increase our website traffic, but more importantly give new fans a look at the history of this amazing sport through the over 80 shows that we have produced. We also have huge plans to announce in the near future regarding for the new player on our homepage and how that will interface with our new content distribution outlook.”

The updated All Access Pass section, which will host this content also allows members to view exclusive content to the website including image galleries and wallpaper downloads. The main element of All Access is the new FDTV, which will feature archived episodes of Formula DRIFT programming beginning with the 2005 season. Featured episodes will be added monthly throughout the season. Membership for All Access is free. 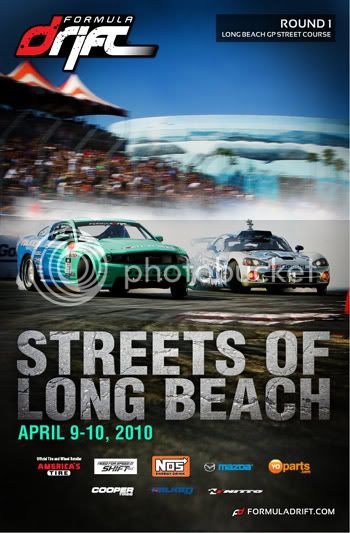 “What has turned into one of the most anticipated events annually in Long Beach, Formula DRIFT, has put tickets online today for the first round of the seven stop national championship,” said Ryan Sage, executive vice president and co-founder of Formula DRIFT. “Now in our 4th year at the Toyota Grand Prix of Long Beach Street Course, over 50 of the world’s top drifters will be in action at what has turned into a sell-out event year after year.”

The action begins on April 9th in Long Beach, California and will be held on Turns 9, 10, and 11 of the famous Toyota Grand Prix of Long Beach street course. New cars and drivers will be entering the Series and will make for another exciting season. Current champion Chris Forsberg looks to defend his title against returning past champions Tanner Foust, Rhys Millen, and Samuel Hubinette and top drivers Vaughn Gittin Jr., Ryan Tuerck, and the rest of the talented roster of drivers. 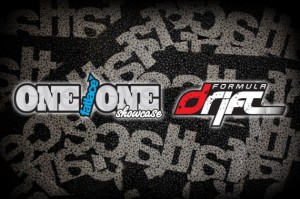 FATLACE teams up with Formula Drift to launch ONE OF ONE, a Car Show Series

San Francisco, Calif. – January 26, 2010 – Fatlace, LLC, is proud to announce the launch of the inaugural ONE OF ONE, the Fatlace Car Show Series. ONE OF ONE is the official Car Show Series of Formula DRIFT and will be held at each 2010 Formula DRIFT event nationwide. The first show of the series will go down at Formula DRIFT Round 1: Streets of Long Beach, adjacent to the track.

“Fatlace.com has built a multi-cultural audience of millions, and is ready to bring the car show scene to new heights with the ONE OF ONE Car Show Series. Our shows will represent the best of the best in vehicles and culture that are local to each stop on the Formula DRIFT nationwide tour.” states Mark Arcenal, Fatlace, LLC. “We’re ready to take the car show scene by storm. We’re going to host shows that are all about the cars.” Felix Marcelino, Director of Operations, Fatlace, LLC.

ONE OF ONE will host categories for all makes as well as a Ruckus category at select events. Car show registration and details will soon be available at fatlace.com. Limited space is available for car show competitors and teams so early registration is recommended. ONE OF ONE is still seeking series sponsors. For more information, please contact

Fatlace.com is an online lifestyle magazine with focuses on the style and function of tuned vehicles, industry insight, music and lifestyle.

ABOUT FATLACE,LLC
FATLACE has been pushing the boundaries of our online presence since 1999. Now in its tenth year, Fatlace.com is recognized as the an online authority on art, fashion, cars, photography and anything that has wheels. Established, managed and populated by enthusiasts, fatlace.com maintains its status as the online hub for automotive enthusiasts and youth culture. FATLACE’s seasoned staff of event marketers, contributors, photographers and bloggers deliver the highest quality behind-the-scenes industry editorial and photography that is second to none, and events for the most discerning of automotive enthusiasts.

ABOUT FORMULA DRIFT
Entering its seventh season, Formula DRIFT is recognized as the North American professional drifting championship. Established on the streets of Japan, drifting has evolved into a worldwide competitive sport that challenges each driver’s driving ability and vehicle control. Formula DRIFT provides a forum for professional drifters to compete in 7 events nationwide for the coveted Formula DRIFT Championship crown. As the first official series in North America, Formula DRIFT has taken competitive motorsports to the extreme attracting fans and car enthusiasts from all walks of life and establishes itself as the global focal point for the Sport. For a race schedule and ticket information, visit: www.formuladrift.com.