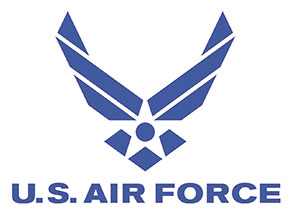 Long Beach, Calif. – April 15, 2015 – Formula DRIFT has renewed their sponsorship with the Air Force. This marks the sixth consecutive season with the Series.

“We’re pleased to partner with the team at Formula Drift for our sixth consecutive season,” said Maj. Jacob L. Chisolm IV, chief of the National Events Branch at Headquarters Air Force Recruiting Service. “Our involvement helps us reach out to a sector of our target audience, while inspiring and building awareness about who we are as a service. It’s win-win for both of us.”

“We are honored to have our military represented at Formula Drift,” said Ryan Sage, Vice President and Co-Founder of Formula DRIFT. “The Air Force has a high standard for recruiting and the fact they’ve chosen to partner with Formula Drift for the last 6 years speaks highly of our fans and the series.”

In addition to the Formula DRIFT sponsorship, the Air Force will continue to support driver, Ryan Tuerck. Beginning at Round 2 at Road Atlanta, the Air Force will support the series with either the Vapor or X1 super car mobile tour on display in the Formula Drift paddock area. Fans attending Round 3 at Orlando Speedway and Round 4 at Wall Speedway will have the chance to experience the Air Force Rapid Strike Flight Simulator.

The United States Air Force is entering into the 5th season as a sponsor of the Formula Drift series, and Bakchis will be one of the drivers sponsored for the 2013 season.  Regarding his new sponsor Bakchis stated “I had a great experience teaching a U.S. Air Force Airman to drift during the Drift into the Blue series in 2012.  It was truly a pleasure to work with the U.S. Air Force in that capacity and now I am grateful to continue working with such a committed group of people.  I look forward to continuing to work with an established organization that values teamwork and technology since these are my mantra for how I approach drifting.”

The Formula Drift USA season begins in Long Beach, California in April 2013.  This will be Bakchis’ debut event as a partner of the United States Air Force and Bakchis is confident that the 2013 drift season will be promising with the support of such committed sponsors.

Additional information regarding Bakchis and his drift program can be found at www.bakchismotorsports.com.

Tune into Formulad.com/live Saturday 6/2 for debut episode of the Air Force’s “Drift into the Blue.”