The HiTec Oil Formula DRIFT Australia presented by Achilles Tire was the third stop in the seven year old Formula DRIFT Asia Championship. The Series returns to Australia by bringing the sport to a new venue, Sydney Motorsports Park, as part of the World Time Attack Challenge weekend. The South Circuit section that was used provided an unique and challenging, almost hill climb like, all uphill drift course. This 3-day event was an international spectacle with drivers from all over the world.

The Semi-Finals / Top 4 paired up Norwegian Aasbo against Australian Levi Clarke and New Zealander Whiter against Australian Nic Coulson. Aasbo had to forfeit to Clarke after one run due to mechanical issues and Coulson topped Whiter setting up an all Australian final. In the Finals, neither driver let up and drove aggressively but cleanly. At the end, top Australian drifter Levi Clarke stood on top of the podium to be the first Australian win to any Formula DRIFT competition. 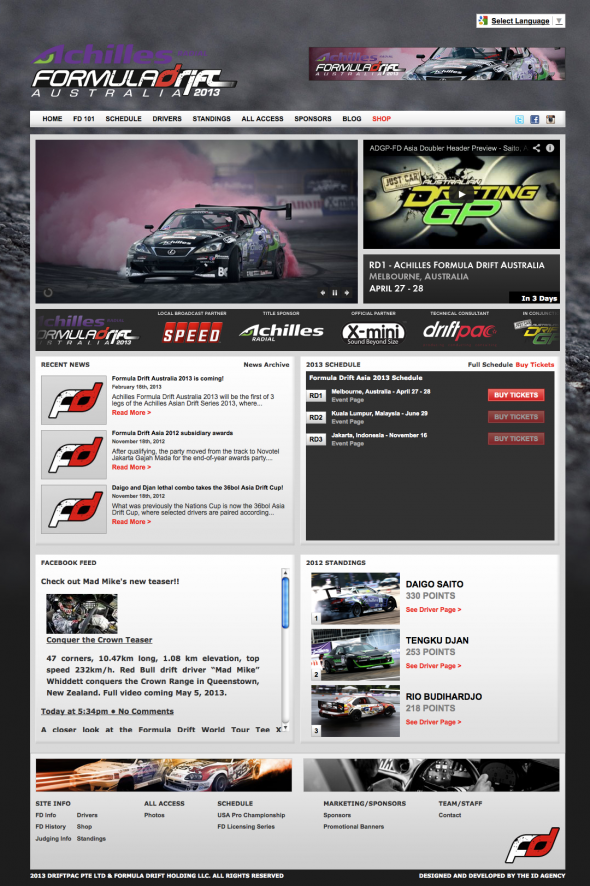 With RD 1 of the 2013 Formula DRIFT Asia Series taking place this weekend in Australia, they also debuted a redesigned website to match the current Formula DRIFT site. The design and functionality of the site has been completely updated to allow for a more user-friendly, faster and integrated approach to this season.  Visit http://formuladriftasia.com/ 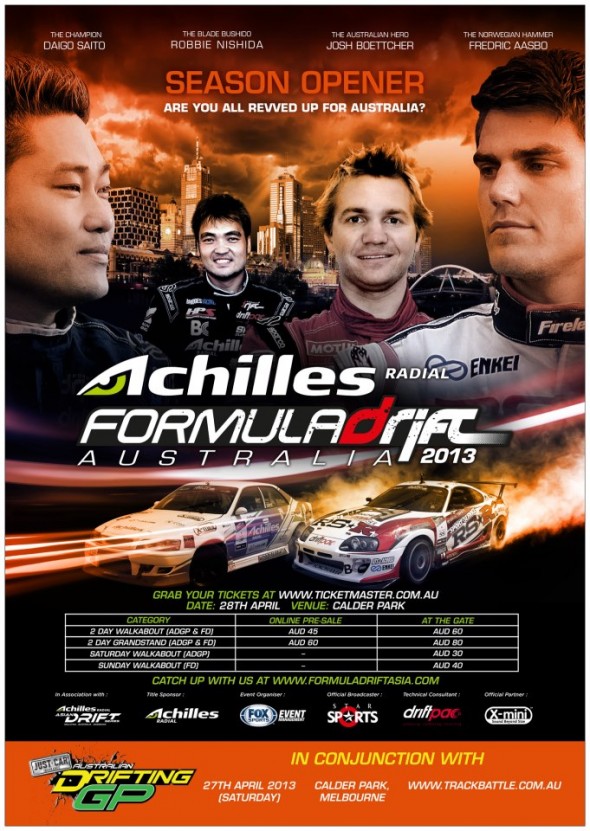 Tickets for this event are still available and can be purchased here by visiting the Round 1 event page.

For fans who are unable to attend but have access to these international channels, here is the television broadcast schedule to watch Round 1: Achilles Formula DRIFT Australia 2013.

NOTE: All times are based on Singapore & Hong Kong times. Bold airings are the LIVE broadcast 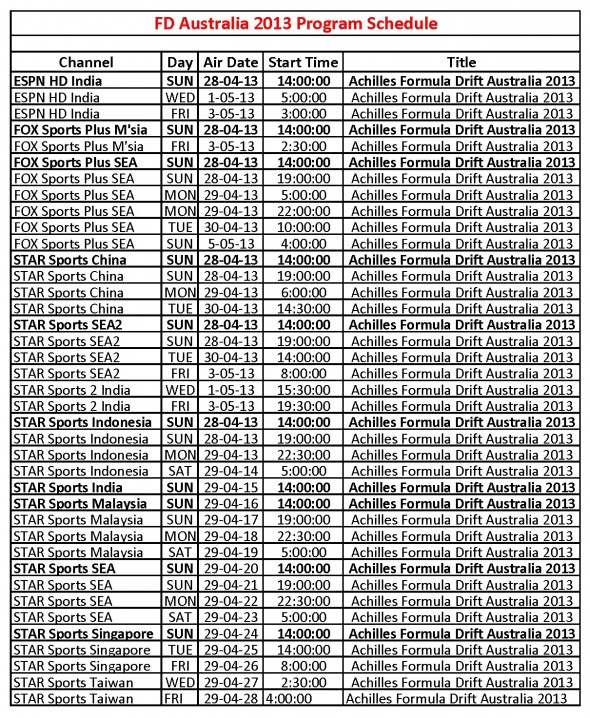 LIVE broadcast will be on at Speed TV HD (Ch. 512) from 4 to 6pm Eastern Australian Time. Speed TV is a combined package with Fox Sports Australia. For more information, visit: www.foxsports.com.au/tvguide