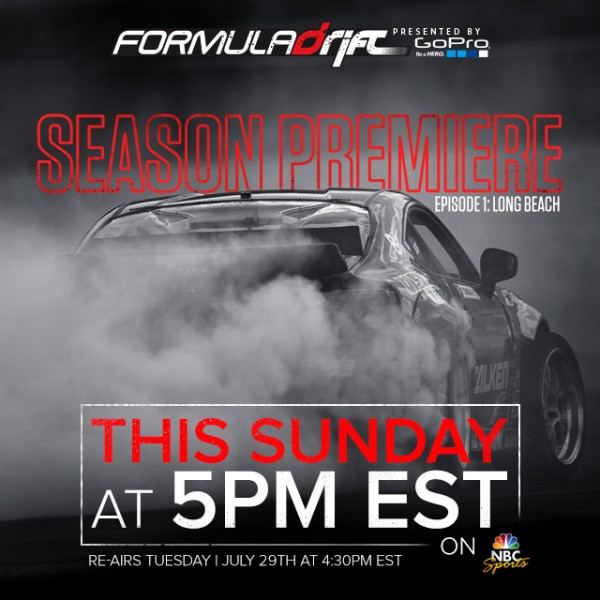 Click here to see the full article on NBCSports.com

Long Beach, Calif. – March 25, 2014 – Formula DRIFT has announced that the popular web-based program, “Formula DRIFT Insider,” will return this season. The years show will provide a behind the scenes companion to the live-to-tape NBC Sports Network program. Formula DRIFT Insider will travel with the drivers to their homes, on the road and give an exclusive look from the driver’s point of view of what goes on during the live competition.

“For years, we have wanted to bring this concept to light and now with our online audience being one of the largest in domestic motor sports and with our partnership with Dailymotion, it makes sense to invest in creating this type of show for Formula DRIFT Insider,” said Ryan Sage, vice-president and co-founder of Formula DRIFT.

Long Beach, Calif. – March 10, 2014 – Formula DRIFT has renewed its agreement with NBCSN for the 2014 season, a partnership that began in 2009. The seven-stop Formula DRIFT Pro Championship will air a minimum of 24 times on Sundays beginning July 27. Programming will include on-track and off-track action as the world’s best drifters compete for the coveted Formula DRIFT championship.

“We are proud to continue our relationship with NBCSN,” said Ryan Sage, Vice President and Co-Founder of Formula DRIFT. “The reach of NBCSN is phenomenal with access into 85 million homes in the US.” To be able to bring our progressive sport in front of the their audience is thrilling.”

Formula DRIFT will begin airing on the NBCSN on Sunday, July 27. A full television program schedule can be found on www.formulad.com.

“We are excited to showcase a new season of Formula DRIFT here on NBCSN for our ever-growing motor-sports audience,” said Jeff Macaluso, Sr. Director of Programming at NBCSN. “The adrenaline pounding excitement is a great compliment to our line-up.”

The 2014 Formula DRIFT season will begin with Round 1: Streets of Long Beach on April 4-5. For more information visit: www.formuladrift.com and find Formula DRIFT on Instagram @formulad, Facebook www.facebook.com/formuladrift and Twitter @FormulaD. 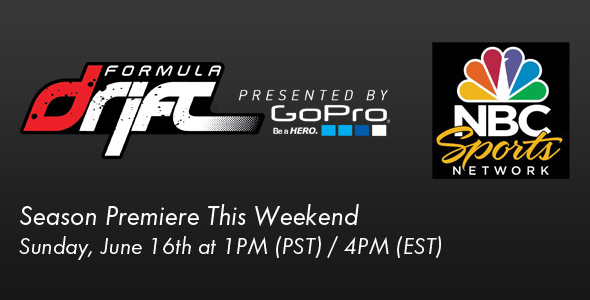