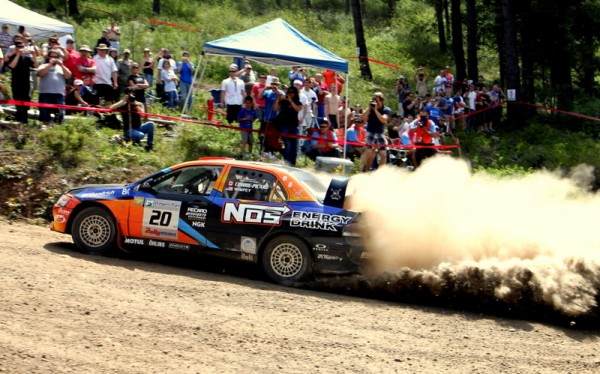 Fox 5 Atlanta came to Road Atlanta to check out some of the drifting action today. They wanted to gather a few of the champions together so Chris Forsberg, Tanner Foust, and Samuel Hubinette put on a show for the cameras. Co-Founder Jim Liaw was also interviewed to explain the history of the sport and what Formula DRIFT is all about. If you’re in the Atlanta area be sure to check out the footage during the news broadcast around 6:50 PM, 10:45 PM or 11:20 PM time frame. 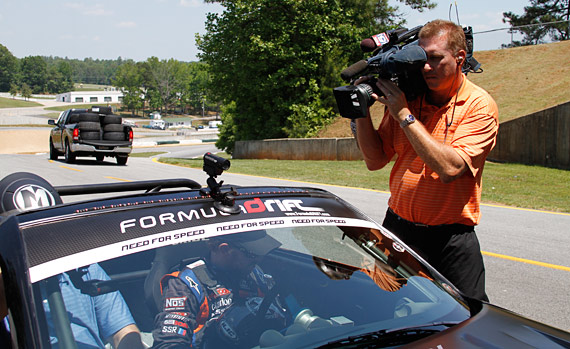 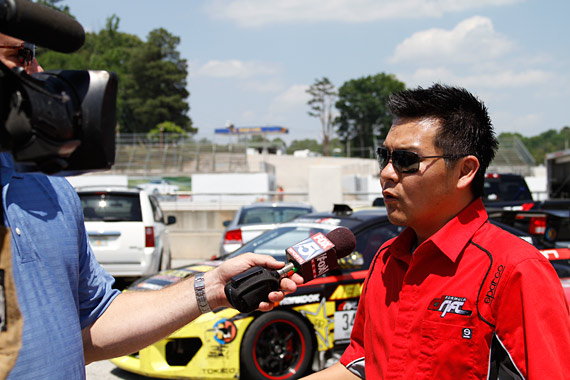 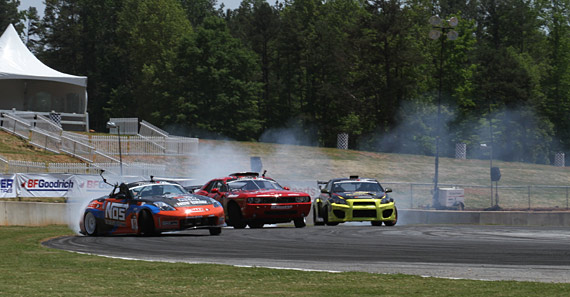 Don’t miss out on one of the most exciting events of the season tomorrow and Saturday.
For more info – Round 2: Road to the Championship 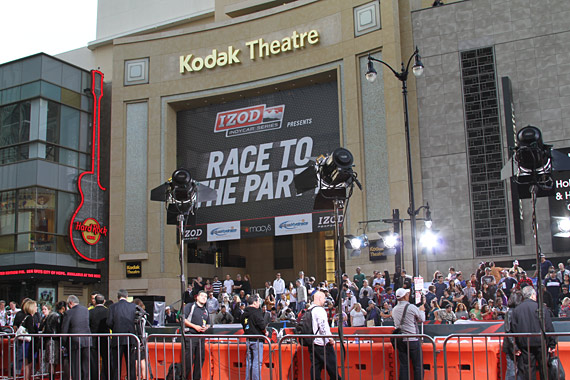 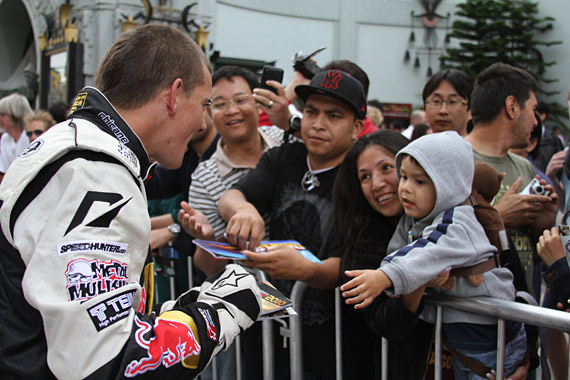 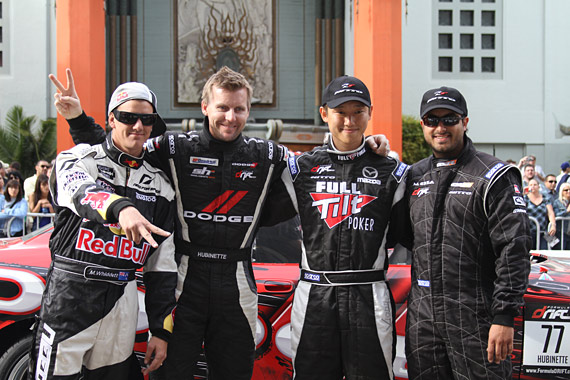 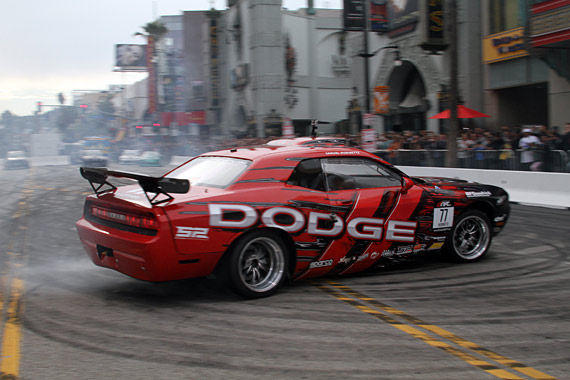 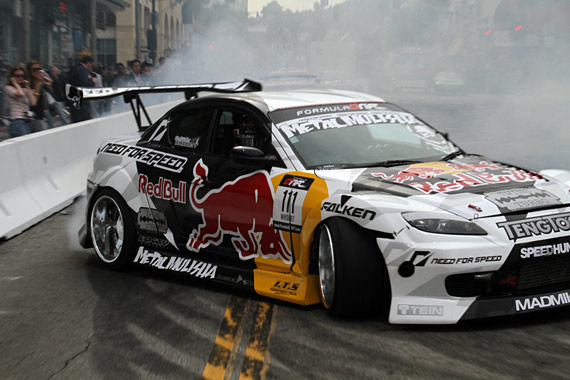 Two-time Formula D champion Samuel “The Crazy Swede” Hübinette is coming off an
impressive fourth place finish in 2009, with plans to take his new Dodge Challenger
to the top in 2010. The Challenger’s Mopar engine pushes out in excess of 865
horsepower and promises to be a crowd favorite. Hübinette recently formed his own
racing operation, Samuel Hübinette Racing, and added veteran rally driver and
Formula D newcomer Andrew “ACP” Comrie-Picard to the team. Comrie-Picard will take
the wheel of the famed Dodge Viper SRT10 that Hübinette piloted to a Formula D
championship in 2005 and 2006. Both vehicles will sport BFGoodrich g-Force T/AKDW
tires during all seven rounds of Formula D action.

“Our new team, with the addition of the Challenger and ACP, has a lot of potential
this year and we’re excited to finally get this season started,” said Hübinette.
“We feel confident that our BFGoodrich tires will lead us to the podium as they did
in 2006, 2007 2008 and 2009.”

“If you thought watching the Viper scream around each turn for the last couple years
was exciting, wait until the Challenger joins in on the action,” said Roberts
Kukainis, motorsports manager, BFGoodrich Tires. “The BFGoodrich g-Force T/AKDW
tire has proved that is has what it takes to come in hot at the entry point and hug
each and every turn that these tricky Formula D courses offer. The BFGoodrich
g-ForceKDW tire is a great bolt-on performance fit for Hubinette’s 865hp Dodge
Challenger muscle car and we’re excited to be part of what promises to be a great
season.”

Michihiro Takatori will be back behind the wheel of his Nissan Silvia S15 and has an
extensive international drifting resume making him a top contender in 2010.
Takatori was Formula D’s 2008 “Rookie of the Year,” he placed second in the 2008
Triple Crown and has had a number of great eight and top four finishers.

Forrest Wang will be making his Formula D debut in 2010. He will be piloting Drift
Emporium’s hot Lexus SC430. With top finishes in D1GP and numerous wins along the
west coast, Wang is far from a rookie and looks to make a name for himself in the
Formula Drift Championship series.

With extensive drifting experience, Jodin LeJeune has competed for more than two
years in the NOPI Drift Series. His high entry speed consistently places him at the
top of the qualifying charts. In 2010, LeJeune will pilot his blue Nissan
Motorsports-sponsored Stillen supercharged Titan V8-powered Infiniti G35 Coupe.

Ron Ewerth has been involved in professional motorsports for more than 25 years and
has competed in the NOPI Drift Series for the past two years. Ewerth will pilot his
orange Nissan Motorsports-sponsored Stillen supercharged Titan V8-powered Infiniti
G35 Coupe in 2010.

“The Drift Emporium team always puts on a good show and they have a great chance to
really make some noise this year with the return of Takatori, LeJeune and Ewerth and
the addition of Wang,” added Kukainis. “BFGoodrich is proud to partner with them
again in 2010.”