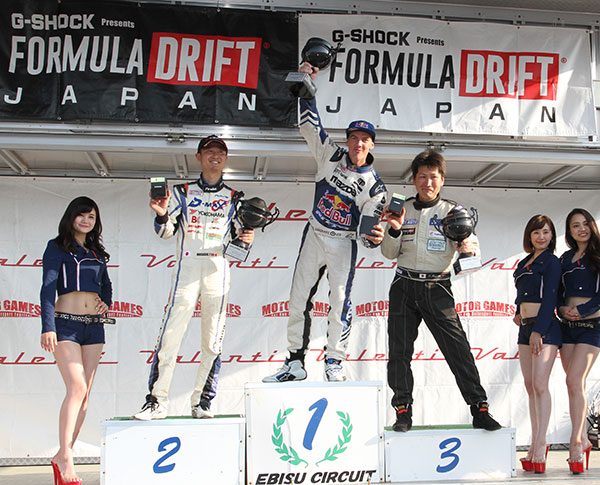 SEMA Ignited is the official SEMA Show after party, where consumers are welcome to join the industry on Friday, Nov. 6, from 3-10 pm. Taking place at the Gold Lot right across the street from the Las Vegas Convention Center, the event will include vehicles from the SEMA Show, music, food, demonstrations, entertainment and more. Consumers can purchase tickets and obtain details at www.semaignited.com.

The event gives the public, media, SEMA Show exhibitors, attendees and guests a rare opportunity to collect and share images of hundreds of customized vehicles featuring the newest and most innovative products from the SEMA Show.

To learn more about the event or to purchase consumer tickets, visit www.semaignited.com.

Evergreen Speedway sits around 45 minutes Northeast of Seattle in the city of Monroe, and is home to the annual Washington State fair. In years past, Evergreen has awarded the first Formula Drift career podium or event win to more drivers than any other event, continued last season by Dean Kearney earning his first career podium.

END_OF_DOCUMENT_TOKEN_TO_BE_REPLACED

Nitto’s Auto Enthusiast Day is Going Back to Cali

After a successful event in Texas, Nitto Tire’s Auto Enthusiast Day is returning to Southern California August 1st, 2015 and promises to be the series’ best event yet.

Tickets for Auto Enthusiast Day are available online at http://www.autoenthusiastday.com and interested vendors can reserve their spot by contacting [email protected] To learn more about Nitto Tire, please visit www.nittotire.com. Join Nitto Tire on Facebook at www.facebook.com/NittoTire and on Twitter at @NittoTire.

Nitto Tire (www.nittotire.com) develops performance tires for all uses, including racing, off-road and street. Using state-of-the-art manufacturing and testing facilities in both Japan and the United States, Nitto provides innovative and high-quality performance tires for the most demanding automotive enthusiasts. For more information about Nitto or its products, visit the company’s web site or contact the company directly. Nitto is a registered trademark of Nitto Tire U.S.A. Inc., located at 5665 Plaza Drive, Ste. 250, Cypress, CA 90630.