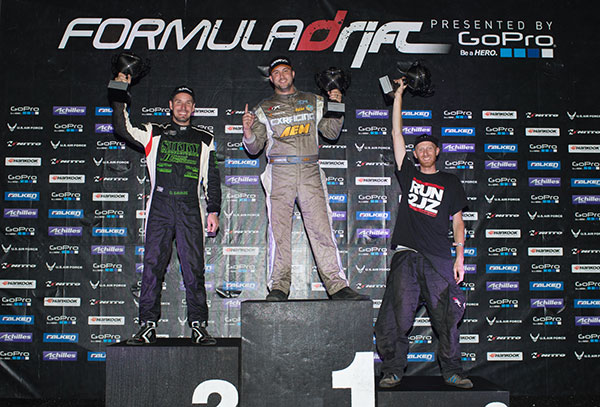 “This is not only my first time qualifying for the Pro Championship and for PRO 2 we were on fire,” said Jeff Jones, winner of Round 4 of PRO 2. “This is just killer to have the car dialed in. I just wish we could reset this season, but I can not wait for next year.”

In a tightly fought championship chase, Dan Savage edged out the point leader, Geoff Stoneback with his second place podium finish to win the PRO 2 championship by a mere 5.50 points.

“Its surreal knowing that it was that close coming into it,” says Dan Savage, 2014 PRO 2 Champion. “Being here at Irwindale ten years ago and seeing what drifting was for the first time that it is numbing knowing that I made it here at this track.”