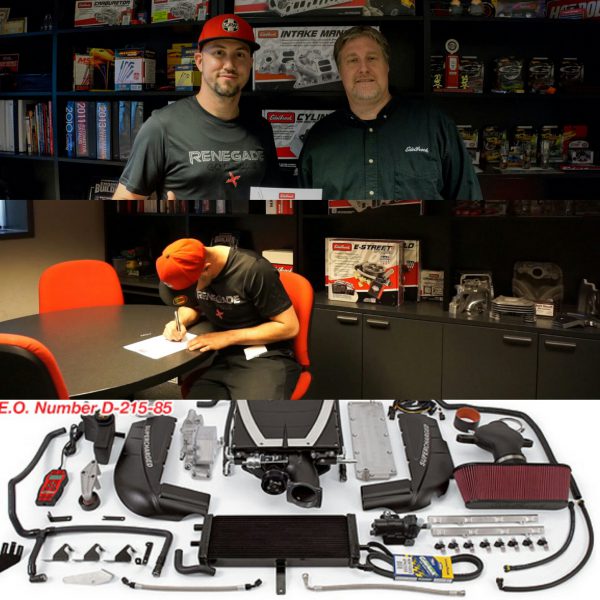 Jeff Jones Racing of the US Formula Drift Championship Series is extremely proud to announce that we have partnered up with Edelbrock performance for the 2017 FD season. We will be running the E-Force supercharger in our fully equipped race engine from CPR. The E-Force Supercharger will be on display under the hood and in the pits for the fans to get up close and personal.

“I am super excited to announce that I am bringing Edelbrock and the E-Force Supercharger into Formula Drift. I grew up seeing Edelbrock in magazines and now I get to represent them in the sport of drifting. I think we are a new generation of muscle heads jamming 500 to 800 HP into these small chassis and then going out and sliding them. I think that Edelbrock coming into the sport of drifting is just one more thing that solidifies how large drifting has become in the US. I also think that drifters and car builders of today will be happy to see Edelbrock is making parts that we can use for our daily drivers and our race cars.” Jeff Jones

“Edelbrock is excited to join the Jeff Jones Racing team for the 2017-18 Formula DRIFT seasons,” states Eric Blakely, Edelbrock Director of Advertising. “Edelbrock has been involved in many forms of racing since its inception 79 years ago. Formula DRIFT offers us a great opportunity for Edelbrock to showcase its E-Force line of superchargers. We look forward to working with Jeff and his team to help them accomplish their goals for this season.” Eric Blakely

END_OF_DOCUMENT_TOKEN_TO_BE_REPLACED

Inspired perhaps by the 2016 Formula DRIFT (FD) Pro Championship grand finale this Friday and Saturday at Irwindale Speedway in California, and as we wait for our shooter’s photo gallery from this past weekend’s FD Pro2 season ender in Arizona, we decided to pull together a little gallery of photographer David Karey magic over the course of the year showcasing the eight drivers who earned their Pro licenses for 2017. The list includes Marc Landreville, Jeff Jones, Andrew Lewis, Dirk Stratton, Dan Burkett, Ryan Litteral, Nate Hamilton, and Matt Madrigali. Congratulations to all of them – here’s a few notes on each of their respective 2016 seasons. 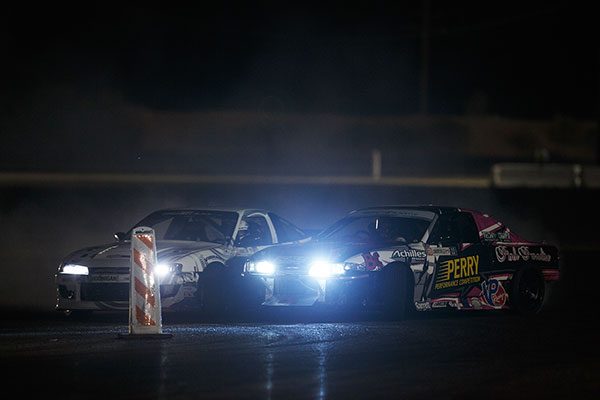 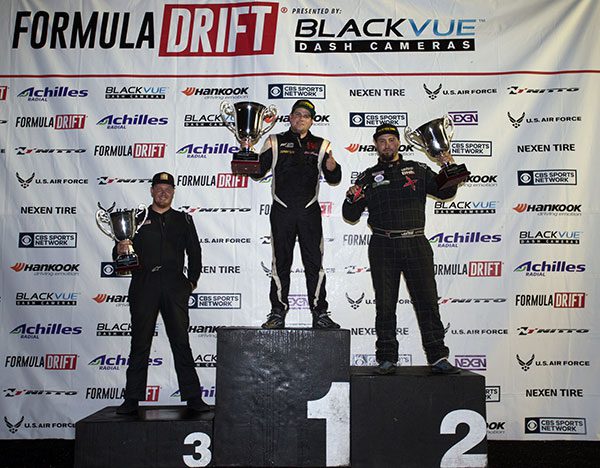 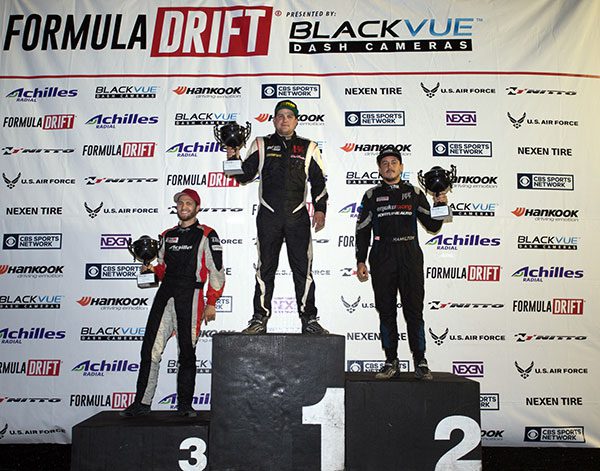 Landreville took the victory after qualifying in first and besting Nate Hamilton, in the Enjuku Racing / Fortune Auto Nissan 240 in a One More Time battle, after Hamilton had to exit the competition due to a broken serpentine belt. Dirk Stratton in the Lingenfelter Performance Corvette C6 finished the event in third place.

“The event was great,” said Marc Landreville, 2016 Formula DRIFT PRO2 champion. “The car was great and I had some excellent drivers to go up against, so that made for tremendous competition to end the season on a high note.” 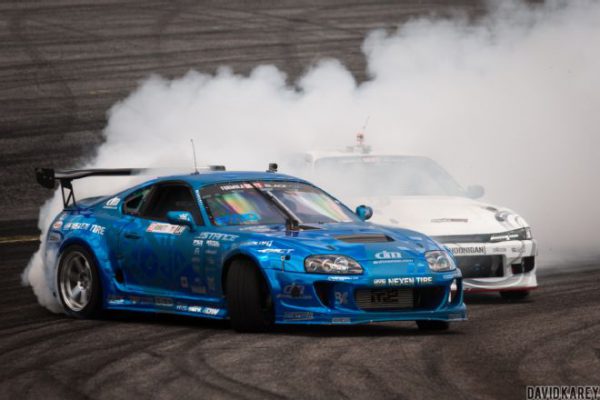