Hot on the heels of the most thrilling Formula DRIFT Finals in the series’ 15-year history the organizers held their annual Awards ceremony last weekend. It gives them a chance to honor the top drivers, newcomers, fan favorites and the people who play an important part behind the scenes. 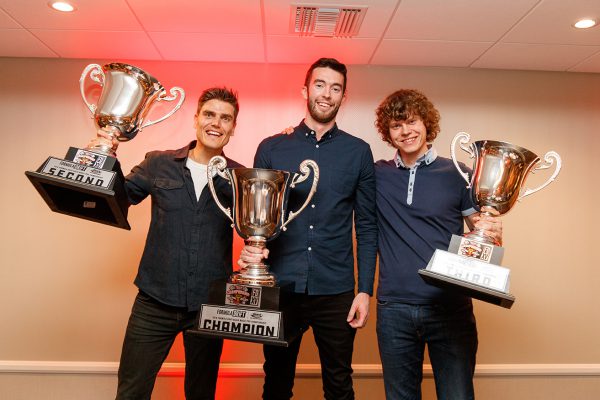 The 2018 Awards banquet includes categories for the Formula DRIFT Pro and Pro 2 categories, plus a special series of awards that bring to an end the FDXV celebrations.

Formula DRIFT also wants to thank all the drivers, teams, support staff, media and fans for supporting the series throughout the year but here are some of the outstanding performances:

Silverware was presented to champion James Deane, with Fredric Aasbo in Second and Piotr Wiecek in third

The prize went to Toyota for amassing a significant points lead over nearest challenger, Ford

This was collected by Falken, which also had a healthy points lead

TAKEDOWN OF THE YEAR

MOST IMPROVED DRIVER OF THE YEAR

Recognizing the biggest jump from the driver’s qualifying position to finishing result, it was won by Matt Coffman at FD Seattle where he qualified 22nd and finished 8th

Michael Essa was voted the driver who best represented the sport of Drifting during 2018 with his tenacity, professionalism, and positivity. He also takes time to mentor and help up-and-coming drivers

Daijiro Yoshihara was recognized as somebody in the Series who gave back to the community and/or to a cause in a significant and impactful way in 2018. In this case, Dai has made continuous efforts to raise funds for the Japanese Red Cross since the earthquake and tsunami in Sendai, Japan

Chris Forsberg was recognized for being the first driver to surpass 200 wins in head-to-head FD battles. He’s also the most successful driver in the series with three championship titles in 2009, 2014 and 2016. He also has the most podiums to date and is the only driver to have competed in every round of Formula DRIFT from day one

SPOTTER OF THE YEAR

Voted for by FD hardcard holders, Amy Bakchis won this accolade for assisting husband Odi at each round in addition to co-managing the team and their business, Feal Suspension. She does all this while being a mother and is expecting their second child next spring

CREW MEMBER OF THE YEAR

CREW CHIEF OF THE YEAR

This went to Garrett Nikolich from Forrest Wang’s Get Nuts Lab. He was instrumental in enabling Forrest and the team to make a strong comeback in the series after a one-year absence

TEAM MANAGER OF THE YEAR

The ever-popular Stephan Papadakis from Papadakis Racing is the most successful team manager and car builder in FD history, working with both Tanner Foust and now Fredric Aasbo. His team debuted a completely new Toyota Corolla in 2018, finishing second in the championship by only four points, which is the closest margin in FD history. It also made a significant contribution to Toyota’s first place in the Auto Manufacturer’s Cup

The trophies were presented to champion Travis Reeder, with Dylan Hughes in Second and Sebastien Gauthier in third

The public voted for Dylan Hughes

The public chose the Nissan 350Z driven by Alec Robbins

MOST IMPROVED OF THE YEAR

Recognizing the biggest jump from the driver’s qualifying position to finishing result, it was awarded to Travis Reeder at FD St Louis where he qualified 14th and won the event

To celebrate its 15th year, Formula DRIFT recognized the people who had been with the series since the beginning