JE Pistons – an industry leader in high-performance forged and billet racing pistons – has crafted a unique relationship with Formula DRIFT and will launch a new technical video segment that will air during the series’ livestream broadcasts.

Former Formula DRIFT driver Robbie Nishida will host two JE Pistons sponsored technical segments during each of the nine livestream broadcasts. The videos are designed to educate viewers on everything from the art of drifting to making power under the hood, chassis setup, and more.

Each video can be viewed during the Formula DRIFT livestream and will be available post-race via the series’ social media channels.

Entering its 15th season, Formula DRIFT is recognized as North America’s premier professional drifting championship series. As the first organization of its kind in North America, Formula DRIFT has taken competitive motorsports to the extreme, attracting fans and car enthusiasts from all walks of life.

Competitors are judged on execution and style, rather than who finishes in the fastest time. As a result, drifting is a guaranteed crowd pleaser and is often compared to the freestyle nature of skateboarding and motocross.

“This is an exciting program for JE Pistons,” said Mark Gearhart, Senior Content Marketing Manager, JE Pistons. “We’ve come up with a unique approach to engage the growing Formula DRIFT audience with an entertaining and informative technical view of how the sport really works. At the same time, JE has a rich tradition of success in Formula DRIFT, so we’ll keep working closely with all our drivers and teams to find more horsepower, giving them the edge every time they arrive at the track. We’re very much looking forward to the season opener in Long Beach.”

JE Pistons are must-have components for the most successful Formula DRIFT competitors dating back to the series’ inception in 2004. JE has powered more Formula Drift champions than any other piston brand, with a roster including three-time champion Chris Forsberg, 2007-2008 back-to-back titlist Tanner Faust, 2011 champion Daijiro Yosihara, 2016 champion Fredric Aasbo, and more.

“Formula DRIFT is very excited about the new partnership with JE,” explained Formula DRIFT President and Co-Founder Jim Liaw. “It provides us with expanded coverage and greater understanding of various technical and lifestyle stories that happen during a FD round. Former pro driver Robbie Nishida will bring a fresh perspective and offer viewers a unique insight into our sport.” 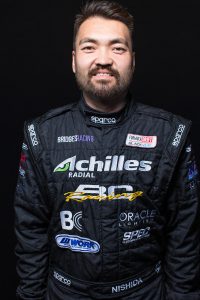