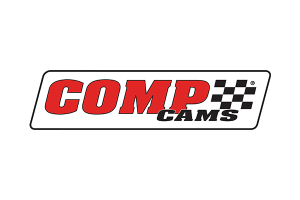 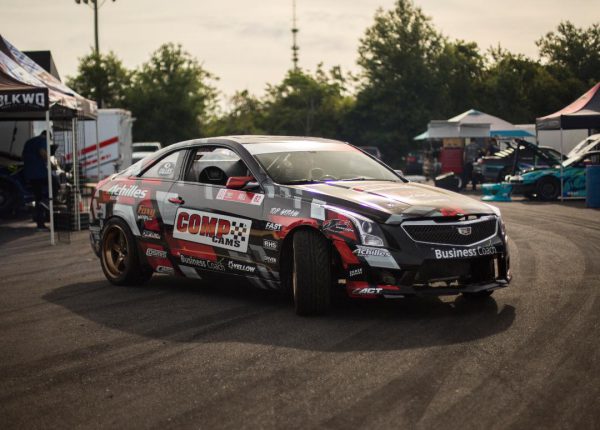 Saturday marked round 2 of the Formula Drift Pro Championship. This time the event would have the teams travel across the country from the previous round in the streets of Long Beach to Orlando, Florida’s banked oval track. Around 10,000 people sat on the edge of their seats. Taylor Hull and his team were feeling confident after the previous event. 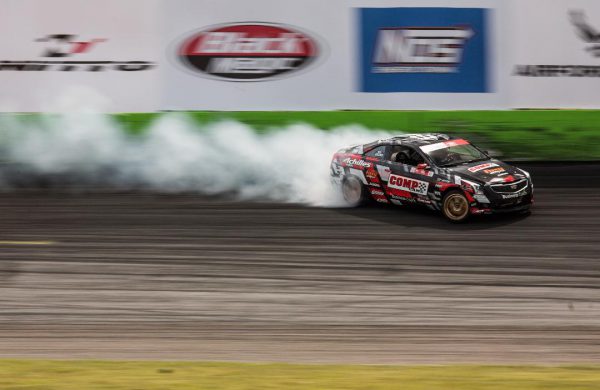 Practice got underway on Thursday and Taylor and crew chief Nick Gross changed rear end gears three times to dial in the desired wheel speed and traction levels. By the end of the day, Taylor was making consistent solid laps. 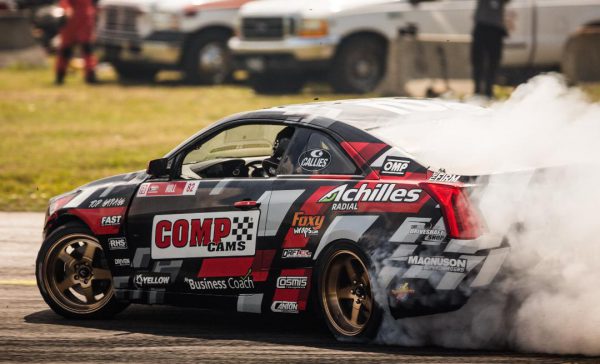 The excessive heat took a toll on some cars and drivers alike. The team continued to bring a solid car to the track. As other competitors cars had issues and fell, the Cadillac held up and was able to continue making practice laps. 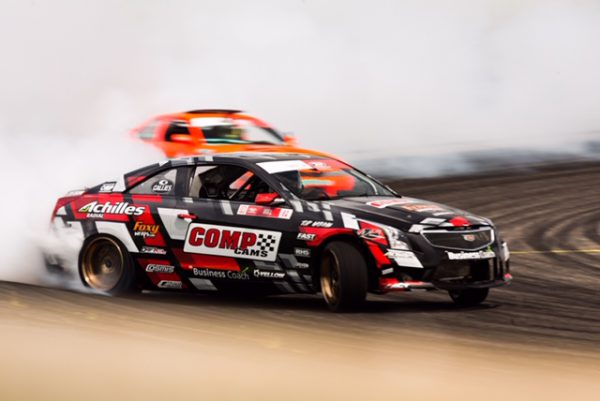 Unfortunately after beautiful weather all week, right before qualifying began on Friday, the rain came with it. The team was faced with a tough setup decision, tailor the car for the rain or leave it as is. The track started to get some dry spots in it before Taylor’s time came, so the decision was made to leave it alone. He would score a 78 on the half wet, half dry surface. By the time the second qualifying lap came around, the track was fully dry and Taylor was very confident. He would score an 86 on the final lap, but he was left unsatisfied. Hull has these comments following the pass. “I can’t help but be a little disappointed. We had several laps in practice that would have put us in the 90’s, but I just could not get there. The track had a tremendous amount more grip in it after the rain came, and we were not prepared for that. This is still the highest qualifying score I have gotten since coming into pro, but we’ve got more.” 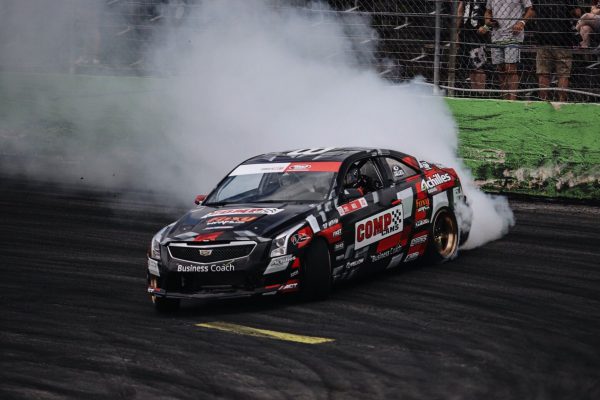 Friday would conclude with an autograph session and pro 2 competition. During that competition and again on Saturday, the first episode of a multi part video series would play. The series spotlights Taylor, Comp Cams and his team, their challenges from 2018, and the progression in 2019. That link is included below.

Saturday opened with perfect weather and practice commenced at 10am. The Cadillac looked even more dialed running against competitors such as Matt Field as Piotr Wiecek. The time came for top 32 battle and Taylor drew a familiar face; Chelsea Denofa. Taylor and Chelsea have seen battle a total of four times, so they are familiar with how the other drives. The RTR pair of Mustangs had been among the fastest cars all weekend and Denofa’s all out driving style covered the track in a thick blanket of smoke, still Hull was confident in the speed of the Comp Cams Cadillac. Unfortunately when Taylor chased, he was lost in the smoke and transitioned too early coming across the power alley. When Taylor had his chance to lead, he made the most of it, riding high on the bank, getting close to the inner clips and finishing wide the way the judges wanted to see. The gap he gave up in the chase would still be his demise as Denofa bested Hull and went on to finish on the podium. 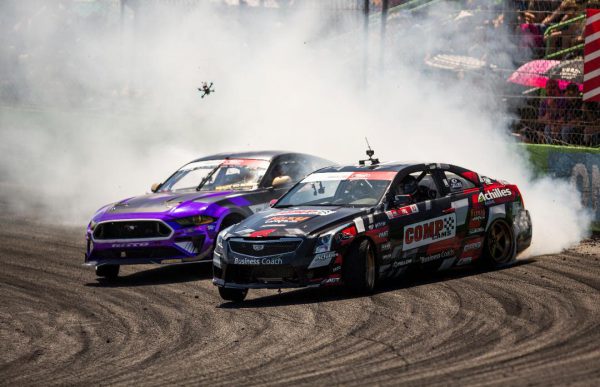 Hull was quoted after the event saying “I just lost him in the smoke, plain and simple. I had a great lead run after I made that mistake, I think he made a small error too, but nothing like mine. He deserved the win. I am proud we brought a car to the track that could keep up with his Mustang, but I want to win. We have come so far with the progression of the car and that has allowed me to grow in it. We are no longer satisfied with simply making the show and putting up respectable runs. The time has come for us to move up into the top 16 and that is what we plan to do at my home track Road Atlanta.” 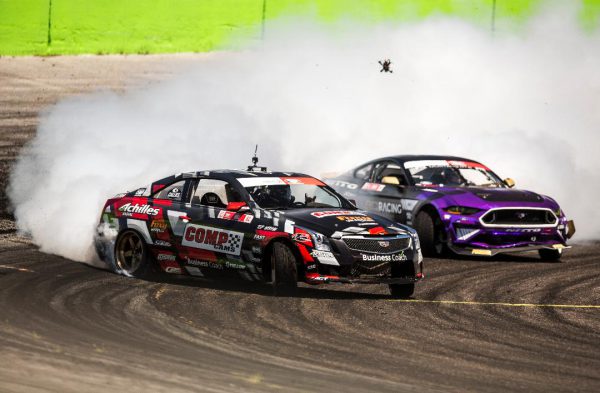 Taylor Hull and his team will be back in action May 9-11 at Road Atlanta for round 3 or the Formula Drift Pro Championship. Taylor would like to thank his crew, the fans, and all his partners for all their continued support. 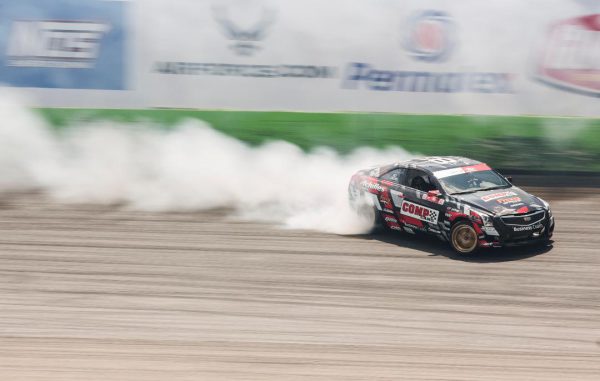 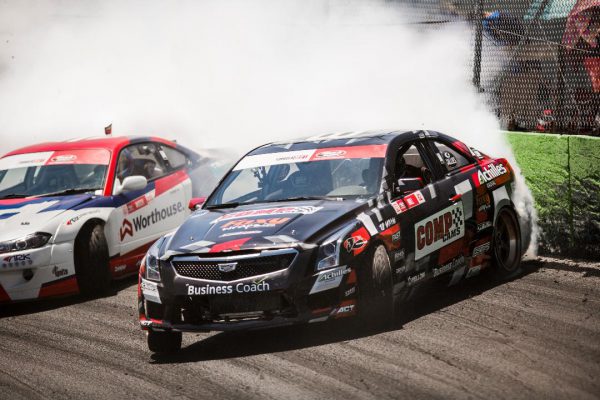 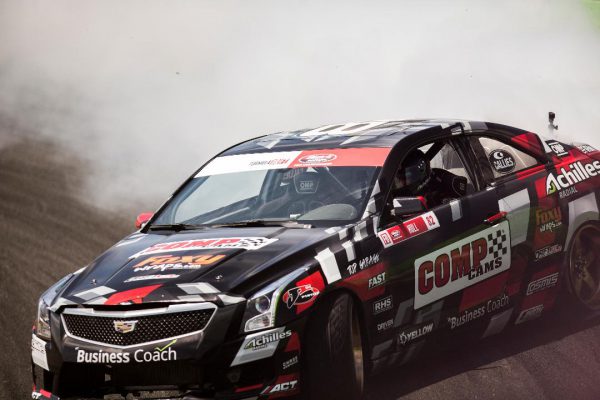 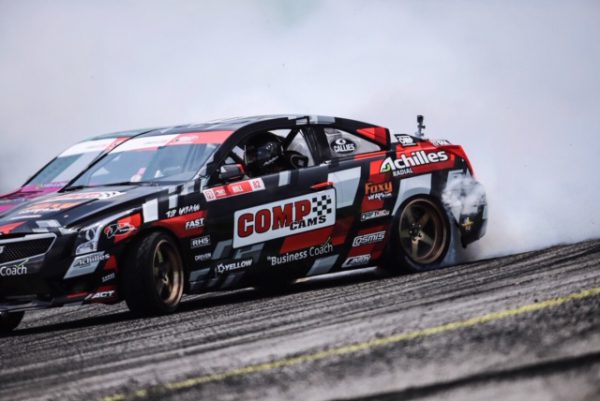