Formula DRIFT ends each season with its annual awards ceremony. Despite the restrictions placed on it by COVID-19, the organizers wanted to recognize the top teams and drivers who make the sport truly special. As a result, they created a Virtual Awards Banquet for 2020 and made it available via the very popular Formula DRIFT livestream, allowing fans to join in for the very first time. 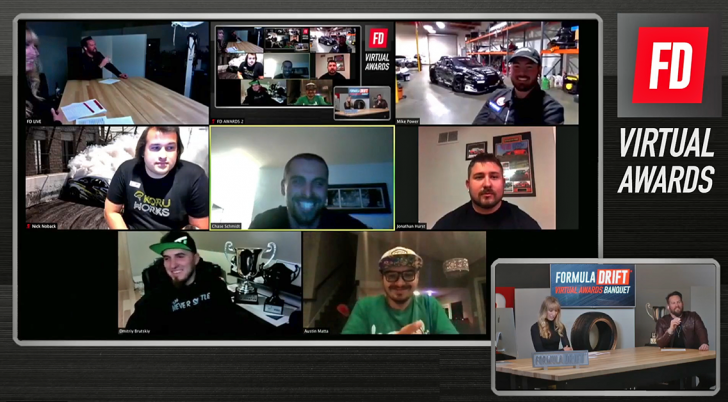 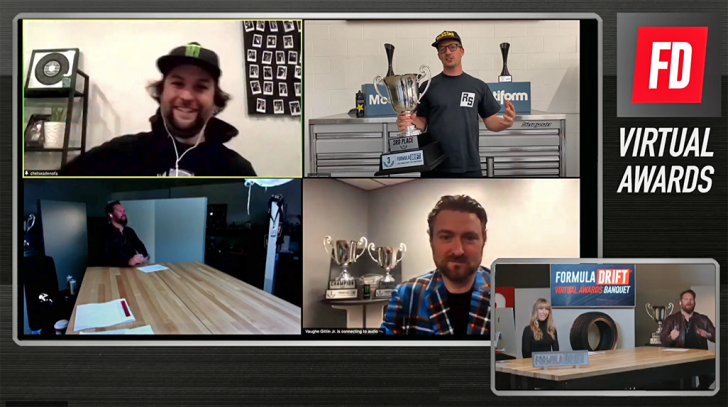 Here are the awards for outstanding performances:

HARDEST CHARGER
Awarded to Chelsea DeNofa, the FD teams voted for the driver who puts it all out there, on every run, in every battle throughout 2020

SPIRIT OF DRIFTING
There was a tie between Jeff Jones and Rome Charpentier for the driver who best represented the sport of drifting during 2020 with his tenacity, professionalism and positivity

SPOTTER OF THE YEAR
Voted for by FD teams, Stephan Papadakis from Papadakis Racing took the honor

CREW CHIEF OF THE YEAR
Also voted for by the teams, James Caldwell from Chris Forsberg Racing took the top spot

2021 SEASON
Thank you for supporting the 2020 Formula DRIFT PRO and Link ECU PRO2 Championships. We will communicate details of the 2021 FD schedule in the New Year. Please visit formulad.com for driver profiles, new content and more.

Formula DRIFT is recognized as the leading international drifting championship. Established on the streets of Japan, drifting has evolved into a worldwide competitive sport that challenges each driver’s ability and control. Formula DRIFT provides a series for the best professional drifters from across the globe to compete nationwide for the coveted Formula DRIFT Championship. As the first official drifting series in North America, Formula DRIFT has taken competitive motorsports to the extreme, attracting drift fans and car enthusiasts from all walks of life, and established itself as the global leader for the sport.