One of the biggest names you may not know is TYPE S – the California-based designer, developer and manufacturer of accessories created to improve vehicle functionality, safety and comfort. The biggest brand in LED lighting, dash cams, jump starters, portable fridge/coolers and more is aiming to become a household name as it embarks on its new awareness campaign, spearheaded by an exciting two-part video release.

The videos build on new TYPE S partnerships with RTR Motorsports and Formula DRIFT. Led by drivers Vaughn Gittin Jr and Chelsea DeNofa, the videos will air this week prior to the opening rounds of the long-awaited 2020 Formula DRIFT championship. Both drivers will compete in Mustang RTRs equipped with key TYPE S products including LED vehicle lighting kits and high-definition dash cams. 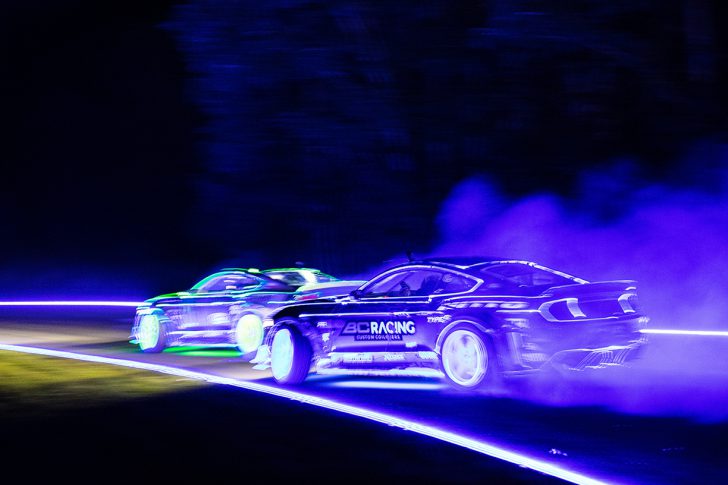 TYPE S app-controlled lighting solutions are just one of the exciting products that allow drivers to personalize their vehicles* and are stars of the new video series. Filmed on the challenging high-speed track at the Panthera Training Facility in Old Fields, WV, part one of the video series captures pre-season testing with the RTR Motorsports team. Starting at 9:30AM and continuing until 5:30AM the following day, Chelsea DeNofa decides to drift over to the local AutoZone store to collect TYPE S LED lighting products. In part two of the video, the TYPE S LED lighting allows Chelsea and Vaughn Gittin Jr to light the darkness in a scene reminiscent of an iconic 1980s computer hacking movie we can’t name! 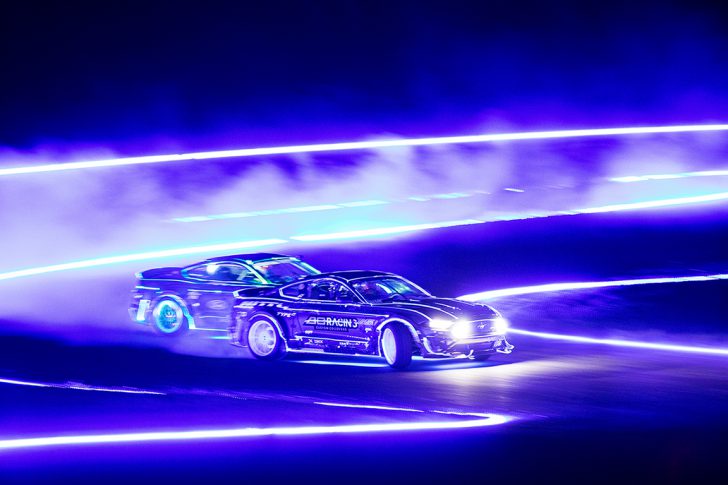 While the TYPE S LED lighting products are undoubtedly the video’s highlights, they vividly demonstrate the flexibility and customization options available with the lights, of which 100 TYPE S Smart Exterior Trim Kits were utilized for the video shoot. While it took the team 80 man hours to configure the lights for the video, TYPE S customers will have a much easier task with the simple DIY installation.

One of the most advanced features of the TYPE S Smart Exterior Trim Kit is its smartphone app. “Being able to open the TYPE S app and setup the lights while being buckled into the racecars made life so much easier,” confirmed Chelsea.

“This was one of the coolest driving experiences I’ve ever had!” Vaughn exclaimed. “It was like being thrown into an alternate world and shredding my Ford Mustang RTR alongside Chelsea. The lighting on the cars and around the track looked so incredible; it was seriously mesmerizing.

“The Panthera track was tough because it’s narrow, tree-lined and has hills to drop down if you went off. I had to really focus on driving as all my brain wanted to do was take in the surreal views. Thanks to TYPE S for making some awesome lighting products that allowed us to have so much fun at night!”

To give context to the challenge, Chelsea added: “I did one lap without the TYPE S lights at 3:30AM but it was so dark I went off the track and flew down a hillside at about 60mph. The lack of visibility made it almost impossible to drive but fortunately the TYPE S lights changed all that for the video.”

With the crew consuming multiple cases of Monster Energy during the all-night marathon test session, their goal was achieved and two memorable videos were created to establish the TYPE S brand. An additional benefit of the partnership is that RTR Motorsports will provide product testing and development for new TYPE S product lines, allowing products to be tested at high-speed and under high g-force conditions.

“TYPE S has been the market leader for more than a decade,” explained Isaac Cruz, Product Marketing Manager at TYPE S. “We’re now looking to take the next step in the evolution of our brand with a joint development program with RTR Motorsports. The challenge of creating this video was immense but it helped us push the development of the next generation of our LED products, testing our own internal capabilities and inspiring the team to prove why we are the best in the business.”

TYPE S products are available through leading outlets such as AutoZone, where it is hoped customers will soon be asking for the brand by name. Look out for more TYPE S projects to come as the brand explores its new relationship with RTR and FD.