Chris Forsberg Racing is excited to announce a new partnership with MA Motorsports of Baltimore, MD for the 2012 season. The new CFR crew will be headed by Brian Wilkerson and Ray Shake who have over 20 years of fabrication and tuning experience which will give CFR the edge needed to compete for another Formula Drift Championship.

“I have known Brian and Ray for years and I am extremely confident in their skills and abilities to keep CFR at the top of our game,” said Chris Forsberg, owner/driver of the NOS Energy Drink 370Z on Hankook Tires.

“We are excited to work with Chris Forsberg Racing this year and look forward to an awesome 2012 Formula Drift Season,” said Shake.

Chris and the team are looking forward to being back on the east coast, where Chris grew up. As you read this, CFR is making the cross country adventure from Huntington Beach, CA to their new home at MA Motorsports. Be sure to follow CFR on Twittter & Facebook for the latest updates from the road and on track. 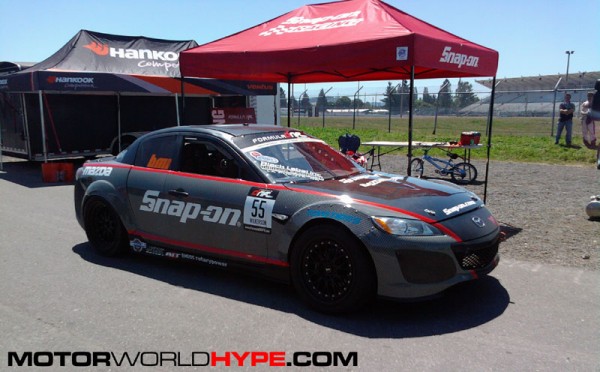 KENOSHA, Wis. – July 8, 2010 – Snap-on, the most innovative tool company in the world and space, will sponsor BMI Racing and driver Brian Wilkerson in the most innovative racing series in the world, Formula Drift. Snap-on will serve as the primary sponsor for driver Brian Wilkerson and the BMI Racing Formula Drift Snap-on RX8 4 Rotor car at the Formula Drift “Throwdown” event in Evergreen, Wash. on July 9-10 and the “After Dark” race August 20-21 in Las Vegas.

“After attending the recent Skills USA competition and seeing how well received the BMI Racing Formula Drift team was there, we felt that it would be a great opportunity for Snap-on to get involved even more with Formula Drift by sponsoring BMI Racing and Brian,” said Alicia Smales, vice president of marketing for Snap-on Tools. “Snap-on’s association with Formula Drift gives us a great vehicle to interact with a different segment of our customer base. In addition, the Formula Drift events also give us a chance to entertain customers and show them the latest and greatest technology and products that Snap-on has to offer.”

Wilkerson’s BMI Racing’s Drift car will feature the Snap-on logo and special scheme for those two races. Snap-on will also have franchisee vans at the racing venues for the two Drift events. Snap-on has been involved with Formula Drift racing in each of the previous two seasons.

Drifting is a high-skill, high-powered motor sport that calls for drivers to control a 200 horsepower to 700 horsepower car while it slides sideways at high speed through a marked course. It is similar to rally racing, but is held on a closed course and judged on execution and style rather than finishing the course fastest.

To find out more about the Snap-on racing program, visit www.snapon.com/racing. 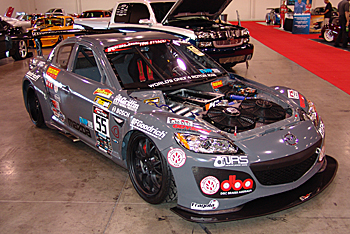