The LA Times came by last weekend to cover the Round 1: Streets of Long Beach event and spent some time with Vaughn Gittin, Jr. Check out the story and video using the link below. 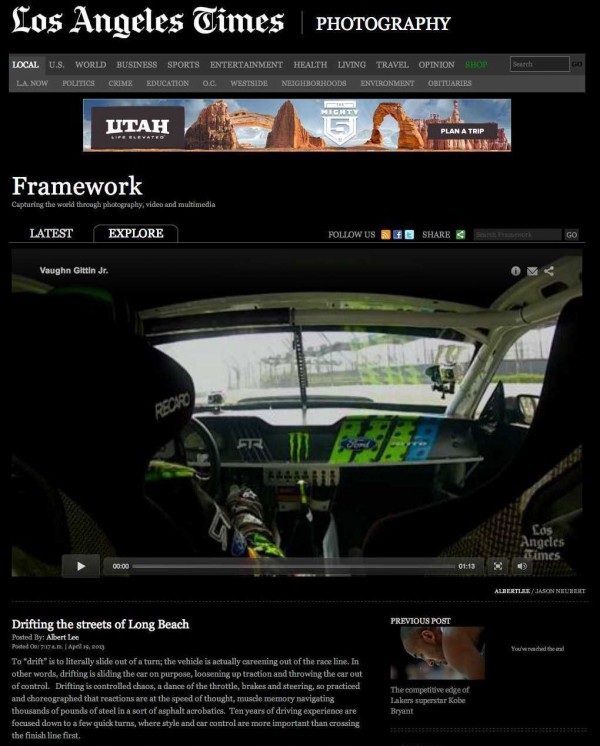 Chris Forsberg, a driver from Huntington Beach, won his first Formula Drift championship in the season finale at Toyota Speedway at Irwindale on Saturday night.

Forsberg, driving a Nissan 350 ZX Roadster, won the championship when he knocked out Doug VanDenBrink in the first round. But Forsrberg lost his second round race to Robbie Nishida.

Go to Haddock in the Paddock for video interviews of the drivers and more results from the Formula Drift season finale at Irwindale.