Long Beach, Calif. – July 30, 2014 – Formula DRIFT’s popular web-based program, “Formula DRIFT Insider,” returns this Sunday, August 3 at 10:30 AM (PST) / 1:30 PM (EST). The years show will provide a behind the scenes companion to the live-to-tape NBC Sports Network program. Formula DRIFT Insider will travel with the drivers to their homes, on the road and give an exclusive look from the driver’s point of view of what goes on during the live competition.

“Fans will be excited to see the premier episode,” said Ryan Sage, vice-president and co-founder of Formula DRIFT. “As it covers the drama and unfinished business between 2013 champion, Michael Essa and the current points leader, Chris Forsberg.”

Formula DRIFT vice-president and co-founder, Ryan Sage has been selected by SEMA in their “35 Under 35.” According to SEMA News, “These are people who know what’s going on at ground level, who see opportunities that are now forming and who travel in circles that might be very different from those of our “old-school” industry leaders. As a group, they are adept at leveraging technology to create value and gain a marketing or customer-service edge. They are dedicated to continuous improvement. Most are at their workplace well beyond normal working hours, covering more ground, looking to set trends or trying to invent something their customers do not yet know they need.”

Check out the cover and Ryan’s feature below. 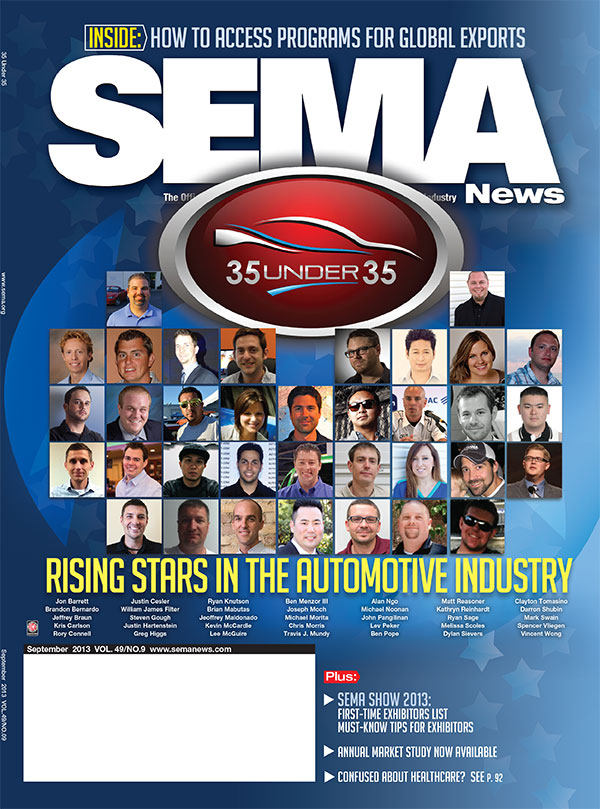 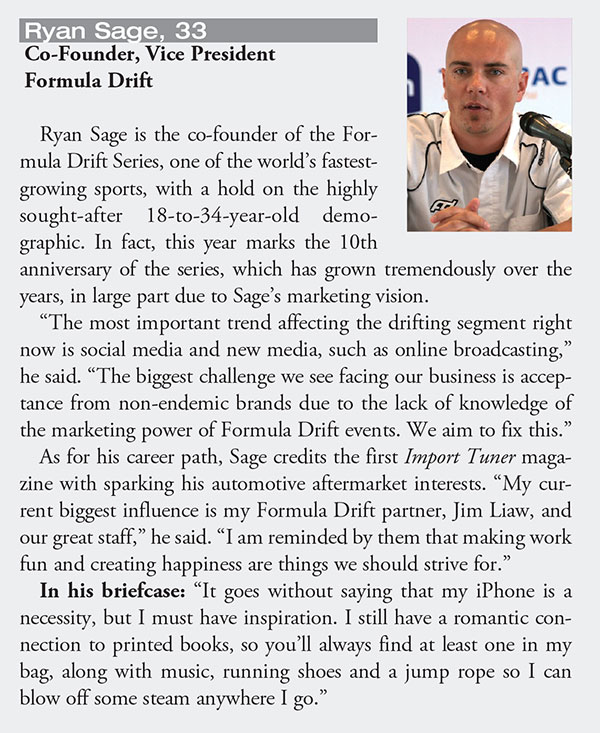