The 2017 Formula Drift season is now well on the later half of the championship now that Round 6 in Seattle has concluded. For 11 years FD has been visiting Evergreen Speedway in Monroe, Washington. Sitting Just outside of Seattle, it is by far one of the favorites on the series schedule, given it has not only a high speed bank after the initiation zone, but allows for several dramatic zones as the course wraps up. Evergreen Speedway already had smoke in the air from the nearby wildfires, and Round 6 surely wasn’t about to help the situation. Odi Bakchis won Seattle last year, would he repeat in front of the packed house? Let’s recap and find out. 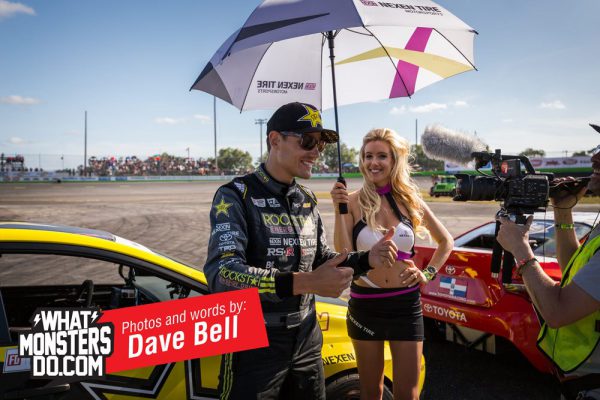