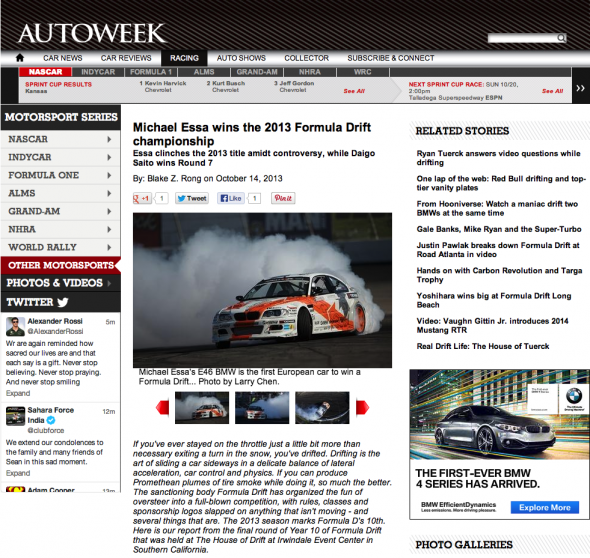 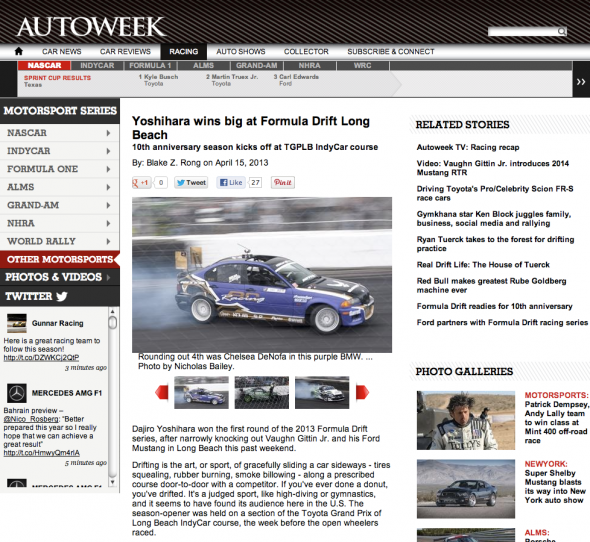 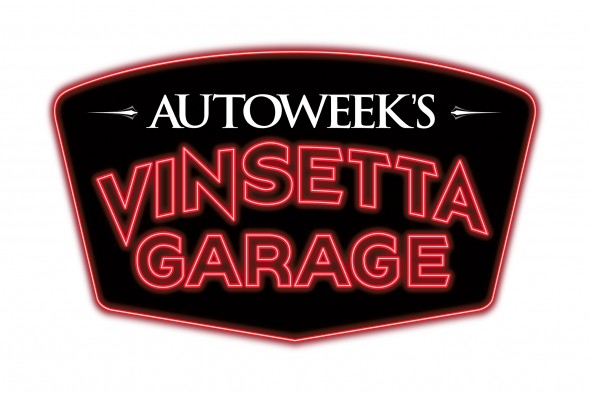 Join Courtney Hansen, the editors of Autoweek, and a whole lot of passionate car guys as they bring you unparalleled access to the automotive lifestyle. The show is set to premier on 1/17 on the Velocity channel at 8:30pm EST.

During their ‘Competition’ episode, Rhys Millen buckles up with Courtney and gives her an insider’s look at competition. Plus, they take to the track and watch Millen put some horses through their courses while Courtney holds on for dear life. Also, the competition gets heated between two rival auto execs.

For more info and updates, be sure to follow Autoweek’s Vinsetta Garage across the web. 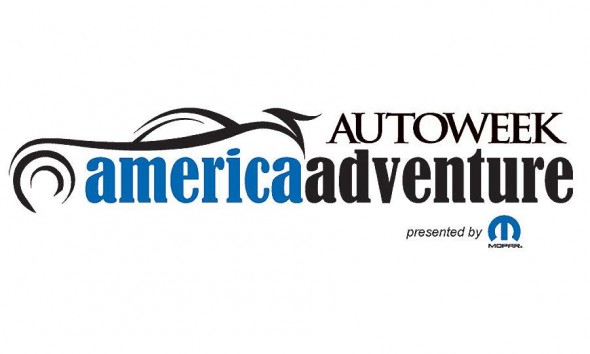 Like many enterprises, making a living sliding cars sideways around racetracks was not easy in 2009. But . . .

“We survived,” said Formula Drift president and cofounder Jim Liaw, speaking at SEMA of his series’ 2009 season. “Sponsorship amounts were down, but we had an increase in ticket sales and an increase in fan support.”

For next year, Formula Drift will return to the same seven tracks it ran in 2009, and there will be a separate Asian series. There also will be 32-car brackets, which Liaw says will be exciting for fans and challenging for teams, “pushing the limits of car reliabiltiy and driver stamina.”

Some new cars will be on the grid, including a BMW M3, at least one new Camaro and the Dynamic Autosports Team Skyline GT-R R35.

Liaw also is looking at online branding and TV exposure.

“It helps us analyze what we’re doing and where we’re going,” he said. “Our Twitter, MySpace and Facebook pages are constantly being updated. Our fans are young, motivated and have disposable income. And we use different products and methods to create new series value and exposure.”

For instance, last year, there were 2.5 billion impressions, or instances where a fan saw a Formula D car or driver in the media.

Liaw said that “2.5 billion impressions for a little series like ours is pretty good. That trickles down to everybody, especially the teams.”

Formula Drift will continue to be shown on the Versus network, the same channel that carries NHL and college football games and the IndyCar series, not to mention the pro bull-riding tour.

“Drifting is a viable sport and a viable investment,” said Liaw. “Maybe Formula Drift is the best bang for the buck in sports.”