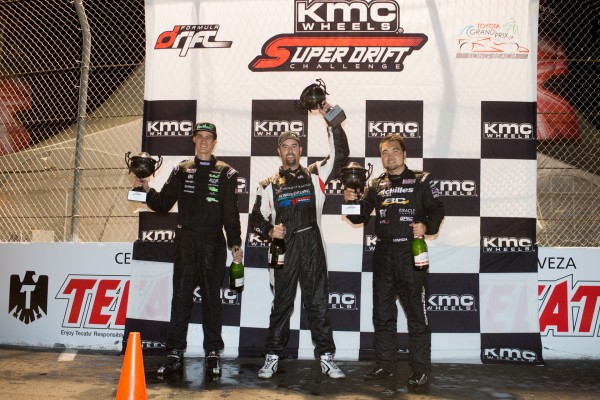 The KMC Super Drift Challenge for the third consecutive year brought motorsports action under the lights during the annual Toyota Grand Prix of Long Beach with a filled capacity within Turns 9, 10, and 11 of the famous street course. Sixteen of the top Formula DRIFT drivers competed for a $25,000 prize purse.

“We were excited to be able to showcase competition drifting under the lights on the streets of Long Beach,” stated Jim Liaw, president and co-founder of Formula DRIFT. “Then to see a capacity turn out for the fierce competition capped off an eventful Saturday at the Toyota Grand Prix of Long Beach.”

The action under the lights along created a unique and competitive environment for the drivers. Number one qualifier, Forrest Wang in Get Nuts Lab / Hankook Tire Nissan S14 finishes in third place for the second consecutive year. Conrad Grunewald met Robbie Nishida in the Achilles Motorsport / Bridges Racing Lexus SC300 in the finals. Grunewald outmatched Nishida to take the event victory.

“I’d like to start off by thanking my partners because without them I wouldn’t be here. I couldn’t be happier with wining tonight,” said Conrad Grunewald, winner of the KMC Super Drift Challenge. “It’s almost surreal to be running at night in Long Beach. It’s an honor to walk away with a win amongst such great competitors.” 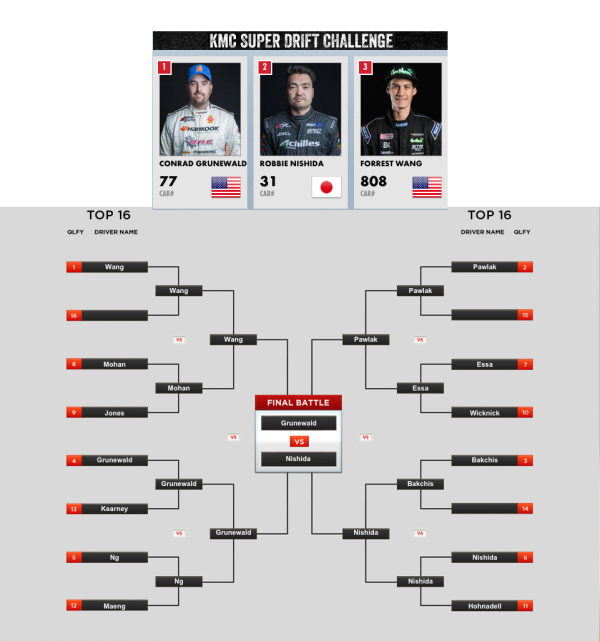