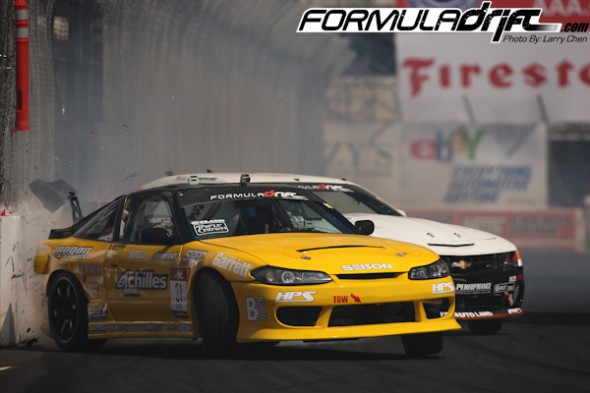 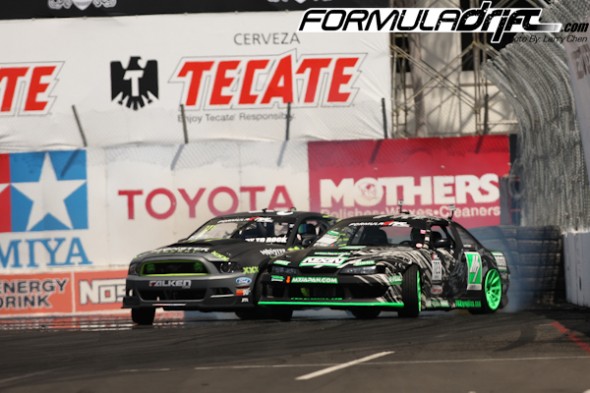 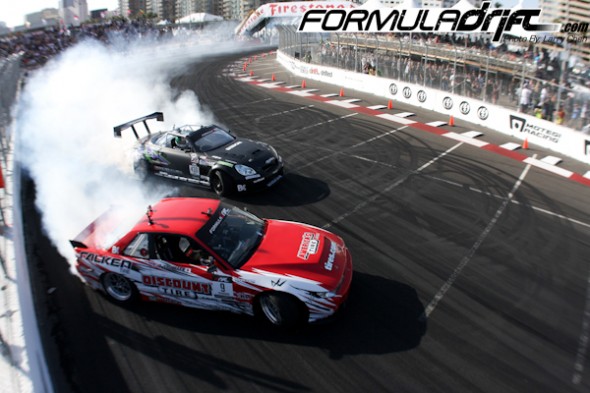 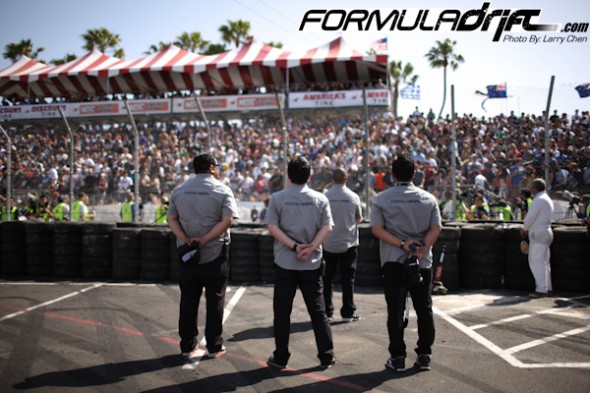 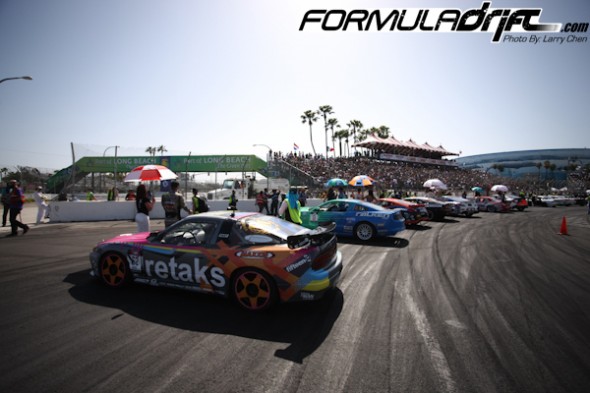 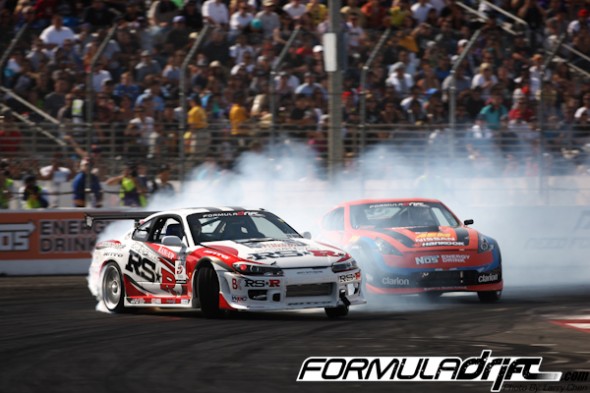 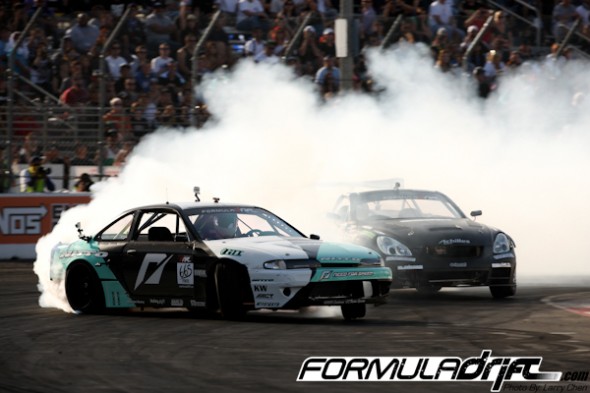 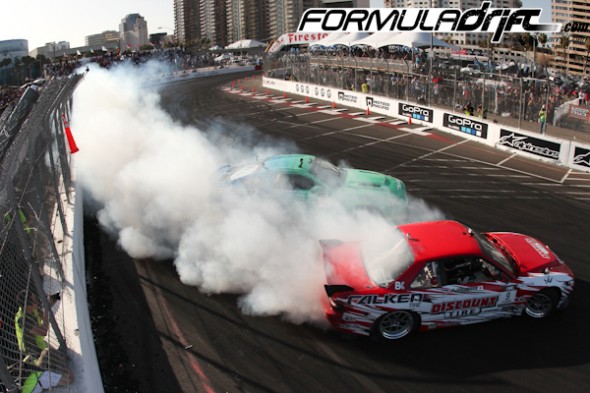 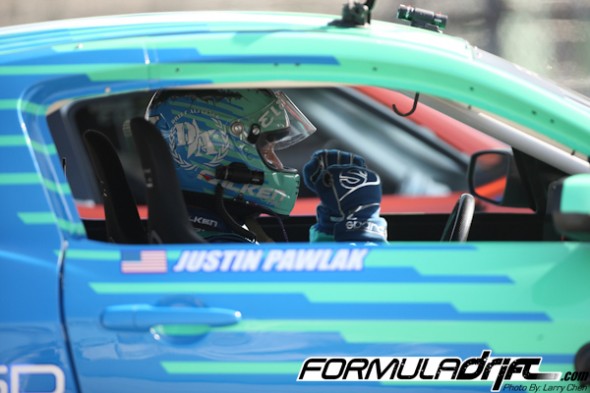 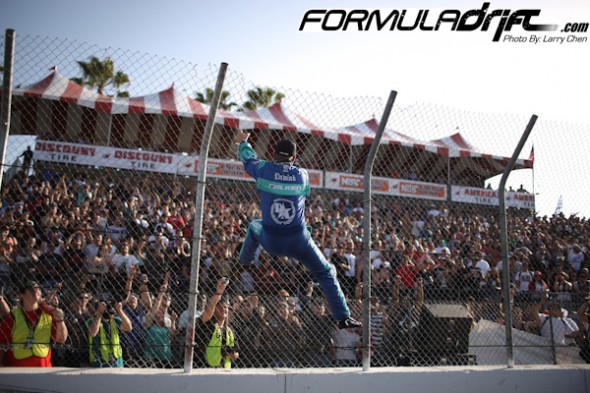 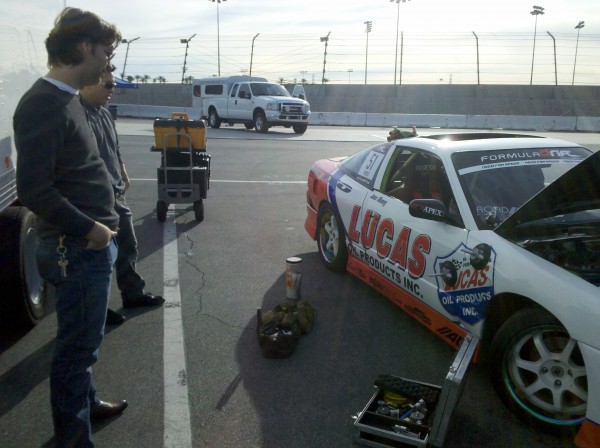 Joon Maeng recently filmed a commercial driving his Nissan S13.5 for Lucas Oil that will be aired on SPEED and CBS.

Signing another year with Team Falken Tire/Discount Tire for the 2010 Formula Drift
season, Dai Yoshihara will be back to his driving roots and will be piloting a
Nissan 240SX S13. Having come off a struggling 2009 season, Dai has put last
year’s hic-ups in the past and is now ready to take vengeance and fight for
the championship for 2010.

Car builder and manager, Scott Dodgion of SPD Metal Works, was brought back to
rebuild the S13 that Dai competed in during the last two events of the 2009 season.
Having gone under the knife, the S13 has gotten a complete make over and will now
sport a new fresh aero package from Rocket Bunny with Volk Racing RE-30 wheels. The
new aero kit will also now be complemented with fresh new vinyl graphics, which were
all laid out by Race Designs. Under the hood will lay a massive 6.0-liter, LS-2 V8
motor that will be producing over 650hp.

“I am very excited for this year,” explains Dai. “The Lexus was a
good car, but it was unfamiliar to drive. I’ve driven a S13 before and have
won events in one, so this year, I expect to be on the podium many times.” In
2009, Dai gained enough points to finish in 11th in the championship standings with
a good amount of points coming from the last two events in which he drove a S13.

The first Formula D event of the season will be in Long Beach, CA on April 10th.
Long Beach has been the season opener for the past 5 years as the drift course is a
series of turns that will be in place for the Long Beach Grand Prix in the IRL
series.