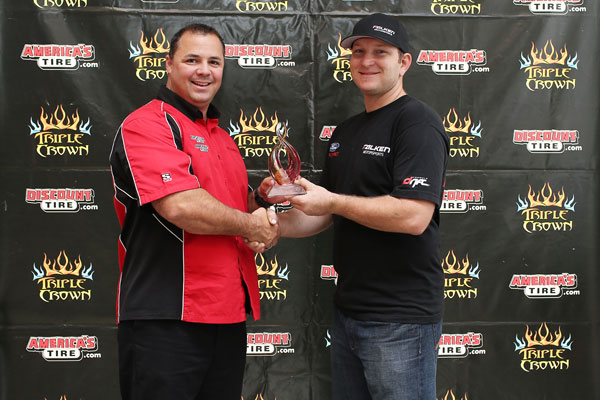 It’s make or break it for the tandem runs at Formula D Las Vegas. Can Dai keep his chances alive for a back to back championship?

Dai and crew head out to one of the most brutal Formula D events, Round 6 Las Vegas. The Discount Tire/Falken Tire S13 breaks down in the Vegas heat and Dai must attempt his qualifying runs with nearly any practice runs. The season is coming down to the end and stakes are high. Watch this episode to get Behind the Smoke of Dai and the Dainamics!

2011 Formula Drift champion Daijiro Yoshihara gets back into action at Evergreen Speedway in Monroe Washington for the 5th round of the series. But…on his first qualifying run he scores a zero… Dai is in 3rd place in overall standings just behind Daigo Saito and leader Justin Pawlak. He needs to score high at this event in order to improve the chances of defending his championship.

Behind the Smoke breaks down Formula D and drifting for all of the newcomers out there.