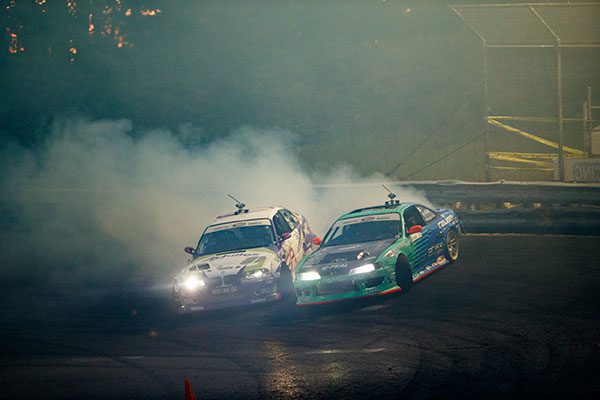 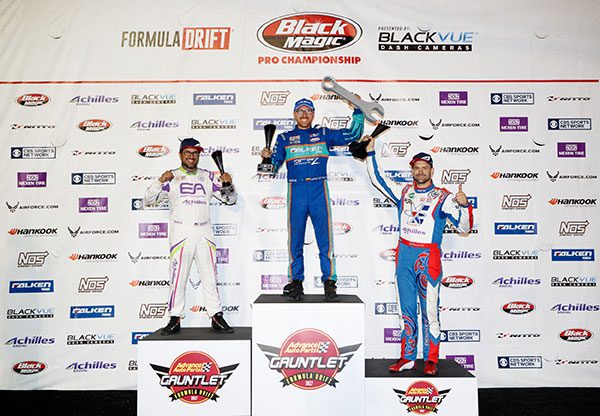 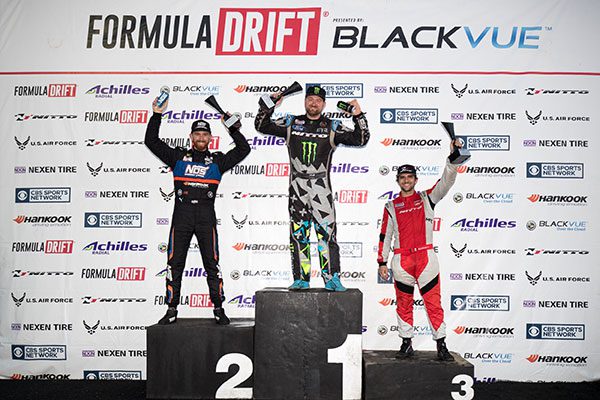 Formula DRIFT Round 4 The Gauntlet Results;
Fredric Aasbo is Victorious 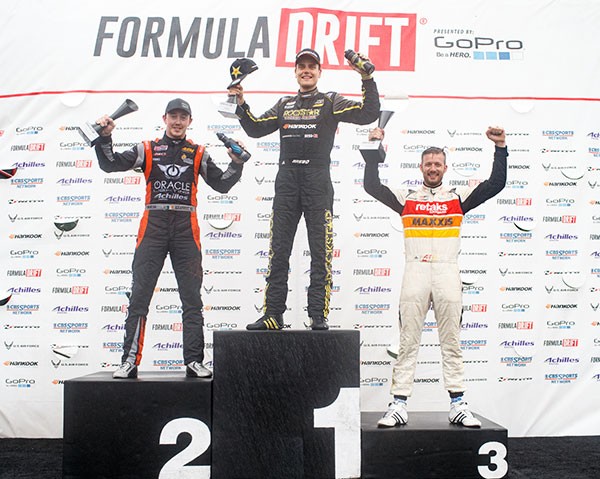 Long Beach, Calif. – June 28, 2015 – Formula DRIFT presented by GoPro returned to Wall Speedway in Wall Township, New Jersey for Round 4: The Gauntlet. Fredric Aasbo in the Rockstar Energy Drink / Hankook Scion tC takes the victory and moves into third place in the standings.

Round 4: The Gauntlet saw challenging conditions due to the inclement weather. The varying dry and wet conditions on the track through the event created an additional element that the drivers had to overcome in order to advance through the rounds of competition. The action was competitive with many close battles. 300,000 fans tuned in through the event weekend on the Driftstream.

“As we approach the halfway point of the season we are in the tightest race for the championship with only 7 points separating the top three drivers,” said Jim Liaw, President of Formula DRIFT. “With only three events remaining in the season, the championship is still up for grabs. We expect the championship to come down to the wire in one of the most exciting seasons to date.”

The semi-finals saw Ryan Tuerck in the Retaks / Maxxis / Nameless Performance Scion FR-S battle it out against Dean Kearney in the Oracle Lighting / Achilles Motorsports Dodge Viper. Kearney edged out Tuerck to advance to the Finals. Fredric Aasbo faced off against Masashi Yokoi and after a close battle, Aasbo took the victory to face Kearney. Consistency in the wet condition proved to be the deciding factor for Aasbo as he was able to take his second consecutive victory at Wall Speedway moving into third place in the chase for the championship only 7 points behind the leader. Tuerck with his third place finish rises to the top of the standings by a mere point over Aurimas Bakchis in second place.

“What an amazing win! We are back in the hunt for the championship and I couldn’t be happier,” said Fredric Aasbo, winner of Round 4: The Gauntlet. “Big thanks to Rockstar Energy Drink, Scion Racing, and of course Hankook Tire on their home turf. I think we were able to prove our extreme prowess in the rain.”

Round 4: The Gauntlet Event Results 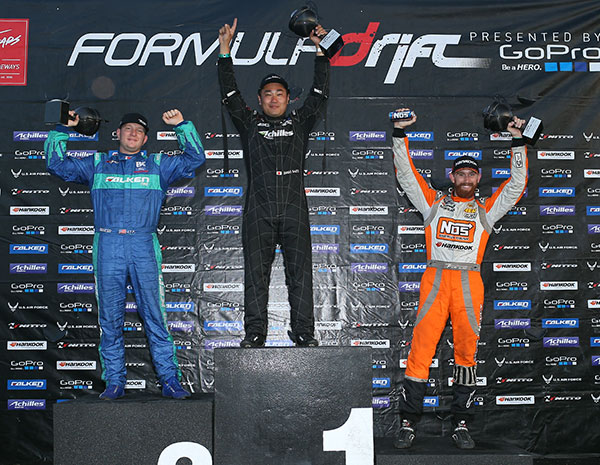 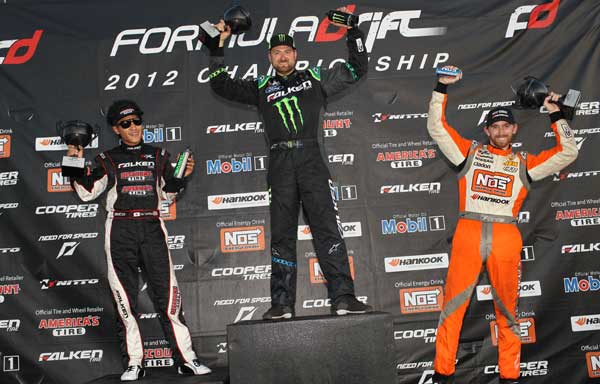